On the System Settings main screen, the “Background” icon should include a thumbnail of the currently selected background.

To minimize interaction needed, in staged mode where there is no external display, the “Background” screen should act as its own preview. Therefore:

Tapping the “New” button should open a picker for selecting a new image, including an “Ubuntu Backgrounds” collection (bug 1288364) that does not appear when the picker is called from other apps. (Alternatively, this collection should be placed by default in the Gallery app.) 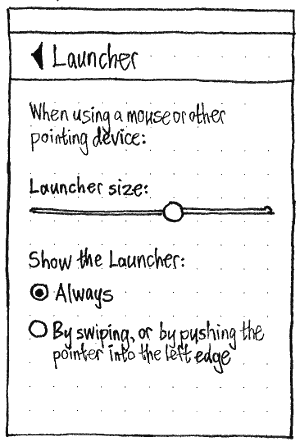