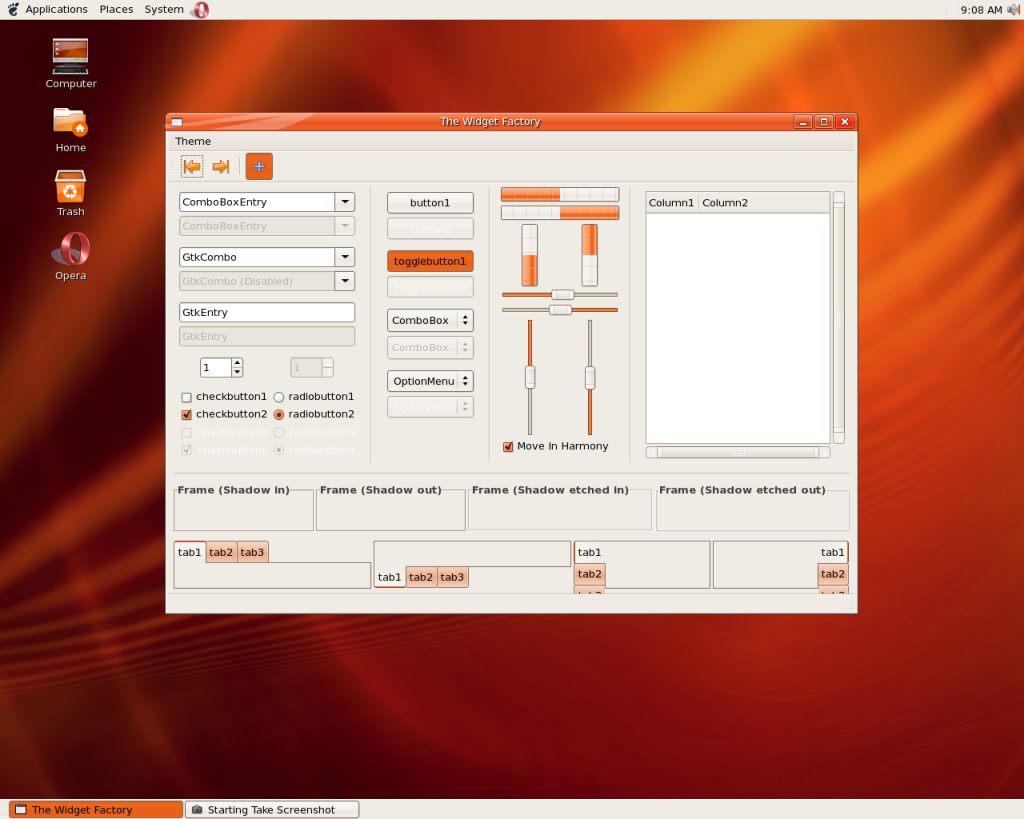 As of Dapper, Ubuntu's interface has been shifting from the infamous brown motif to a new caramel motif. But, in early builds of Dapper, I kinda liked Human better when it was orange (as it is my favourite color). Originally, Tropic was going to be an orange and green theme, but after learning about color coordination and saturation, I decided to take Tropic in a new direction.

People on the mailing list have made comments about my theme in earlier green/orange/silver stages saying things to the effect of "This might make a good default theme for Edgy+1" (or maybe Ubuntu 7.04 to be exact, if you want to be technical). So, I decided to flush out all the non-Ubuntu colors and keep it a nice contrasted Beige and Orange theme. The color choice of a deep orange counters the caramel treatment that Human has, and people don't like much.

I originally used the gFlat engine, then went a few weeks with Ubuntulooks, but then my REAL GTK engine choice wass the brand new Murrine engine, offering a nice contemporary Glossy look that seems easier on the eyes. But now if we can't get Murrine to be included, we'll be using Ubuntulooks again.

Okay, so it isn't Gilouche anymore...or my modification of Dark-Vidal, or the interesting looking Murrine Metacity theme, which looked like a boxed out Ubuntulooks with a consistant glossy finish to the rest of the engine's style. I quickly modified Forwardlooks's metacity (which was just Ubuntulooks with a swoosh and different buttons).

Human, since I'm aiming for this to be the new default on 7.04, I only want to use more complete icon sets, it looked good with Tangerine but I decided to switch it up when I switched GTK engines because Tangerine wasn't glossy enough to go with the new Murrine engine.