Differences between revisions 1 and 18 (spanning 17 versions)

Setup of the booth:

The setup of the booth went smoothly and the U-shaped arrangement on this fair was simple to achieve. We had 1.5 hours of work to complete the booth.

There was much interest in the ordinary PCs and laptops with ubuntu, the netbooks I found had less success. The hype about the netbooks is not a hypy anumore (on this fair anyway). The (web) server actually had little or no success, this PC next time we simply use as Demo for (X, K) ubuntu. What many visitors stopped for was the GamePc from Massimiliano especially when we played Frets on Fire ther were many people watching, so we can also propose ubuntu to a younger audience.

Thanks to Hans for the use of the beamer.

There was a lot of people between 10.30h and 12.30h in the afternoon it was around 14.00 a bit crowded, the rest it was pretty quiet. So we had some time to resolve a few bugs in the network that we had build.

To Do with the donations:

It was again a pleasant and successful fair.

Thanks to Massimiliano, Hans and Thijs. 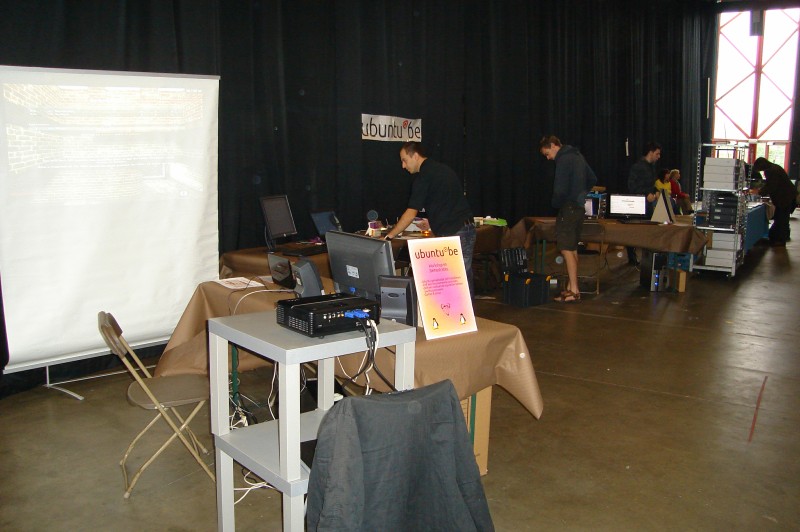 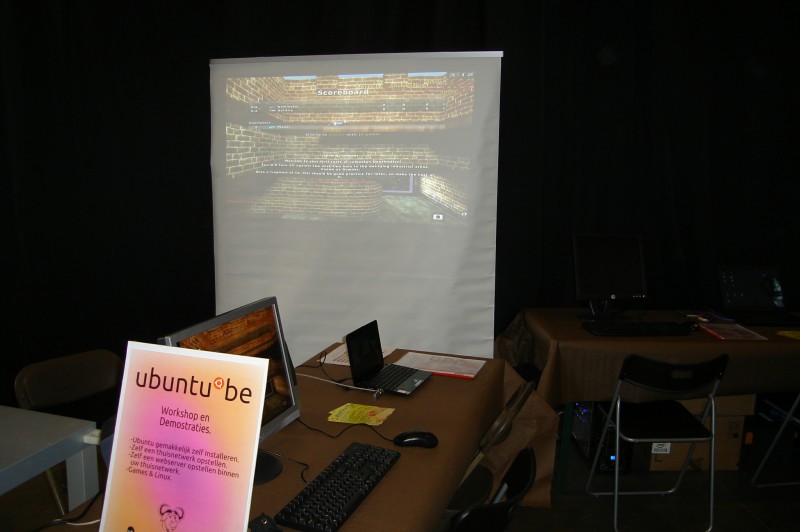 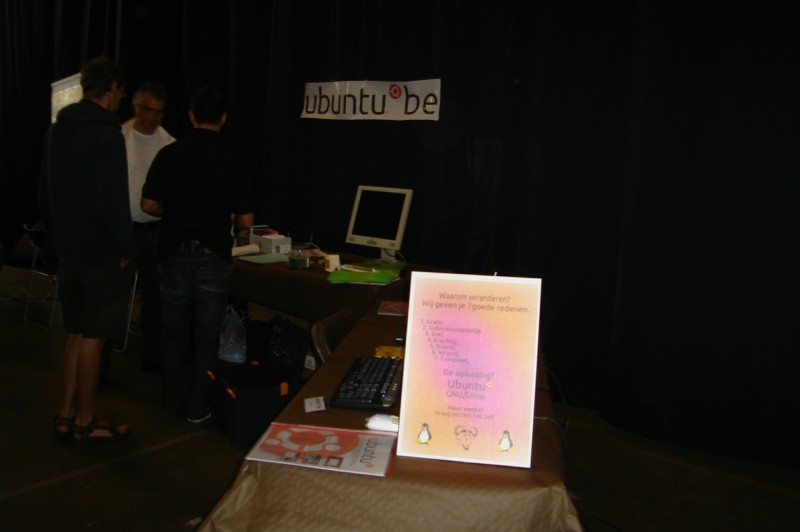