Ubuntu Brasil is the team of the Ubuntu Brazilian Community. Currently we have 541 members on our team, working in translations, development, documentation, support, and promotion.

Ubuntu Brasil has started about eight years ago with the creation of the Planeta Ubuntu Brasil and Wiki. Since then we have increase in size and quality with each user that Ubuntu wins in Brazil, and we like to think we had something to do with this increase. 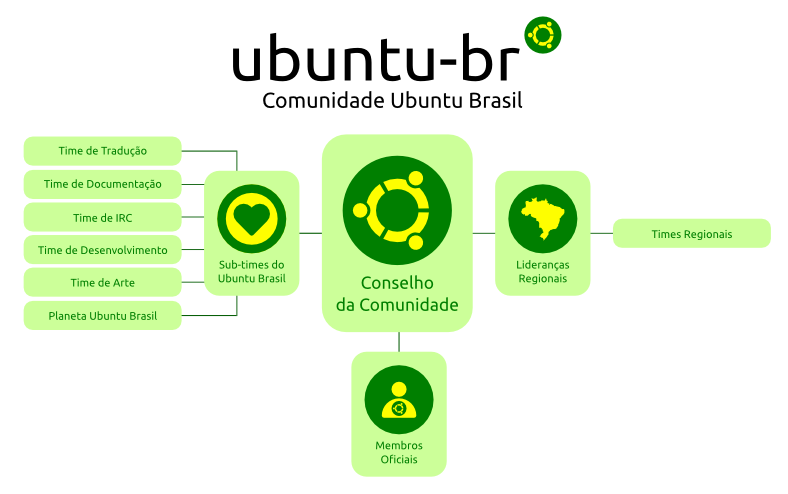 Each one of these subteams has one or two leaders to coordinate the team work, schedule meetings and provide support for new collaborators.

Our Community Council ( https://launchpad.net/~conselhobrasil ) is formed by three Ubuntu members, and is responsible to coordinate all the work of the Ubuntu Brazilian Community.

Currently our website have about 3,800 unique visitors per day ( http://www.ubuntu-br.org ).