The Migration Assistant should offer to install (equivalents of) known programs during the installation process. The program should recognise three levels of equivalence: "port" (same codebase), "clone" (different codebase, but one is specifically modeled on the other), and "similar" (unrelated program that does the same job). The assistant should recognise at least the following packages: 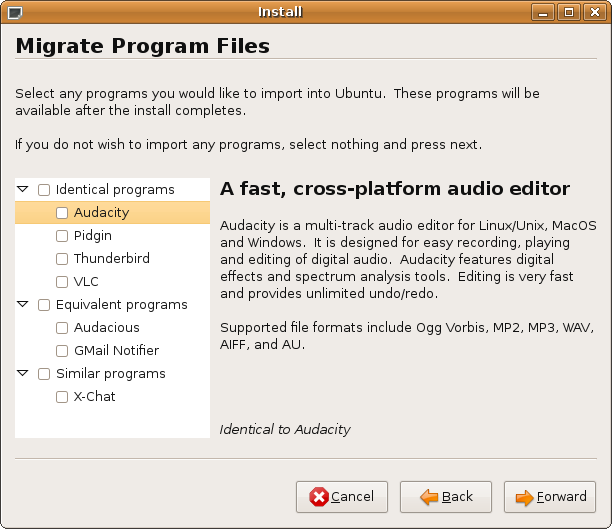 Please add any applications that you would like to see included.

An extra step will be inserted before "Migrate Documents and Settings" in the migration assistant. Existing Windows programs will be detected based on registry keys, and suggested to the user. Programs selected by the user will be installed along with the rest of the system, or scheduled for later installation if the computer doesn't have an Internet connection at install time.