There should be a Qt/KDE frontend to the gdebi package installer tool used in Ubuntu.

This specification serves as the Google Summer of Code 2007 project application. Its author is MartinBöhm .

Kubuntu lacks a package installer tool and thus .deb packages downloaded to the hard drive have to be installed in a less straightforward way. Gdebi has a GTK frontend and a command-line frontend. It is desirable for it to have a Qt/KDE frontend as well.

The scope of this specification is to develop and maintain a Qt/KDE frontend to the gdebi program. No changes in gdebi features should be necessary.

The UI should be similar to the gdebi-gtk one in terms of simplicity, while changing some elements in order to bring a consistent UI with the KDE guidelines (OK/Apply/Cancel button placement, for example).

The current GNOME frontend for gdebi: 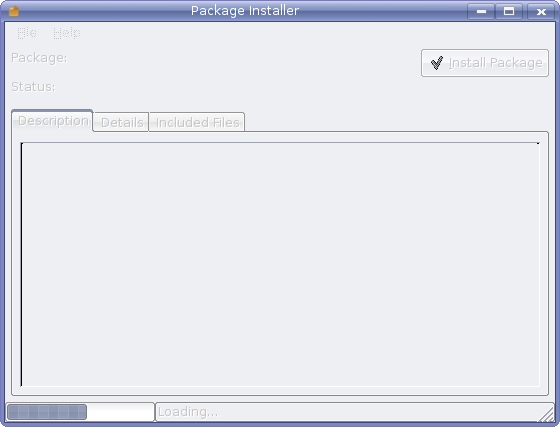 An unreviewed screenshot of the frontend: 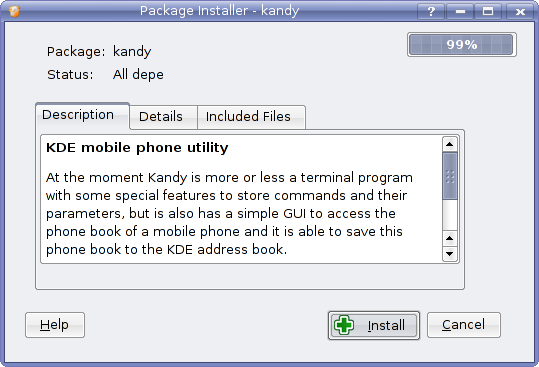 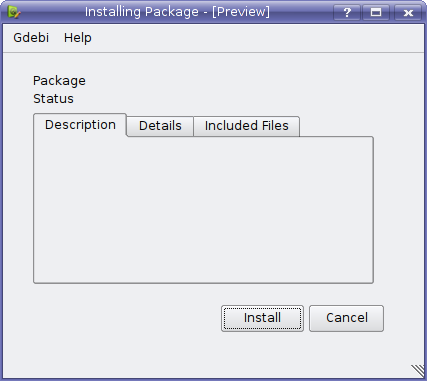 April 9 - May 28 - finalizing the user interface; the mockup should probably be evaluated by one of the Kubuntu User Interface specialists.

May 28 - Official Google Summer of Code start. The implementation itself will have started before or at this date.

June 16 - Alpha deadline. Within a month of the implementation start a working alpha should be released. An alpha version should contain most or all of the user interface aspects. At the alpha deadline it should be clear whether the python-kde4 API will be used.

July 1 - Beta deadline. In 14 days a beta version of the frontend will be released. This beta will contain all the UI features and should work without any serious issues. Further development will concentrate on code purification, documentation, internationalization and bug fixing. Kubuntu documentation team should be contacted and offered help with the documentation of this particular frontend.