Differences between revisions 10 and 25 (spanning 15 versions) 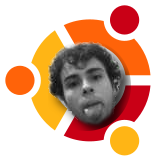 I'm a 21-years-old Computer Science student from Belo Horizonte, Brazil. I'm an ubuntu member since january of 2006. I consider myself a supporter of the open source community/movement, a feeling that was extremelly augmented when I first started using GNU/Linux in 2001. My first distro was Conectiva Linux (now known as Mandriva), later replaced by Debian which I used until october of 2004. I was very satisfied with Debian but somehow I felt that there was something else missing. That's when I first tried Ubuntu 4.10 (Warty Warthog), a true love at first sight! I was amazed at how the installation process was able to detect every single component in my computer, including my wireless card, something I didn't think any Linux distro was ready to support "out of the box." Needless to say, I've been a satisfied Ubuntu user ever since.

A simple vision of the Ubuntu Project

In my perspective, Ubuntu is not only an efficient operating system of high quality! It is, above all, a system that has a philosophy! It is a way of life!

My goals include the ambitious plan to translate the entire operating system and all available packages to pt_BR, something that I have been involved for some time now. It is my belief that one should have the ability to use an operating system that completely supports one's native language! Now, that is freedom! I also want to continue doing bug triage, support, and hopefully do some packaging in the near future.

"Licio is an upcoming member of the Brazilian Translators Team and has shown interest in helping us with our ambitious goal of turning Ubuntu into the first Linux distro to fully support the pt_BR language! He's been working really hard these last few weeks and is showing a lot of potential! Hopefully we'll be able to keep him motivated!" OgMaciel