Differences between revisions 37 and 38

In Unity, along the top of the screen should be a menu bar that contains the Ubuntu button, the window menus, the vestigial notification area, and the status menus. 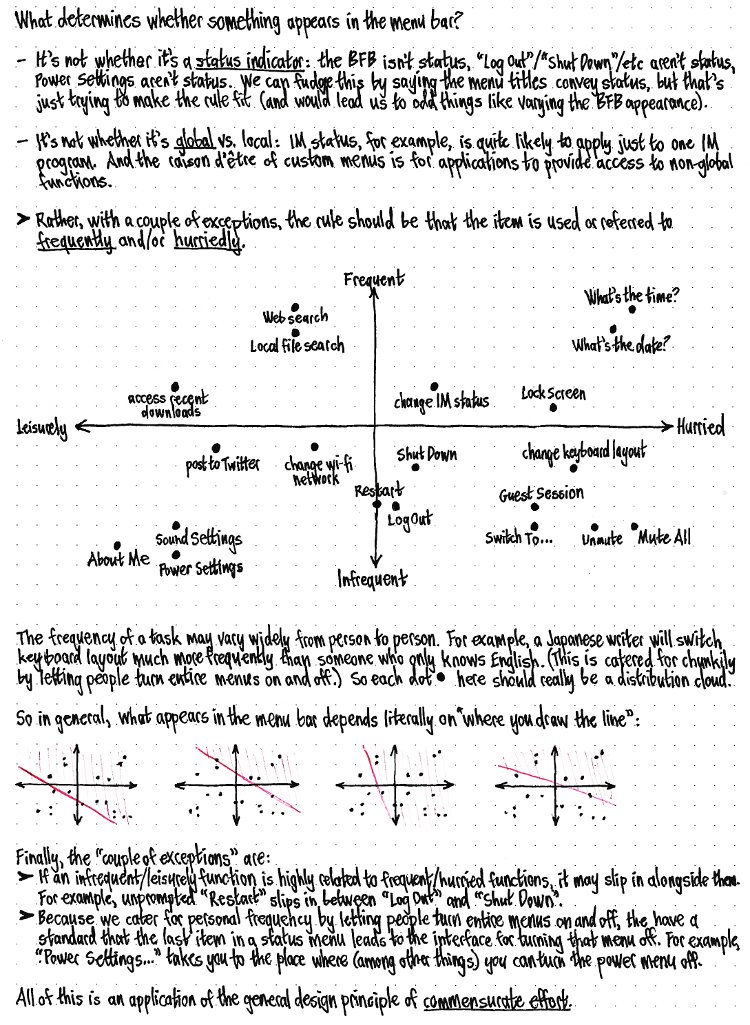 There are several ways a menu hierarchy could be presented, each with benefits and drawbacks. For Ubuntu Netbook Edition, the best overall presentation is a single menu bar at the top of the screen.

How should screenreaders and other accessibility tools access the menus? Is it practical for them to treat the menus as if they are still inside the window?

We should survey how often this will happen with the applications shipped with UNE.

Whenever a window is full-screen (by any of the several methods application developers do this), menus should be controlled by the window rather than the menu bar, so that the program can choose whether to show its own menus.

There should be three staggered tracks: coding and bugfixing, QA of mirrored menus, and QA of extracted menus.

The coding roadmap should be:

For each toolkit or application, the development process should work like this: 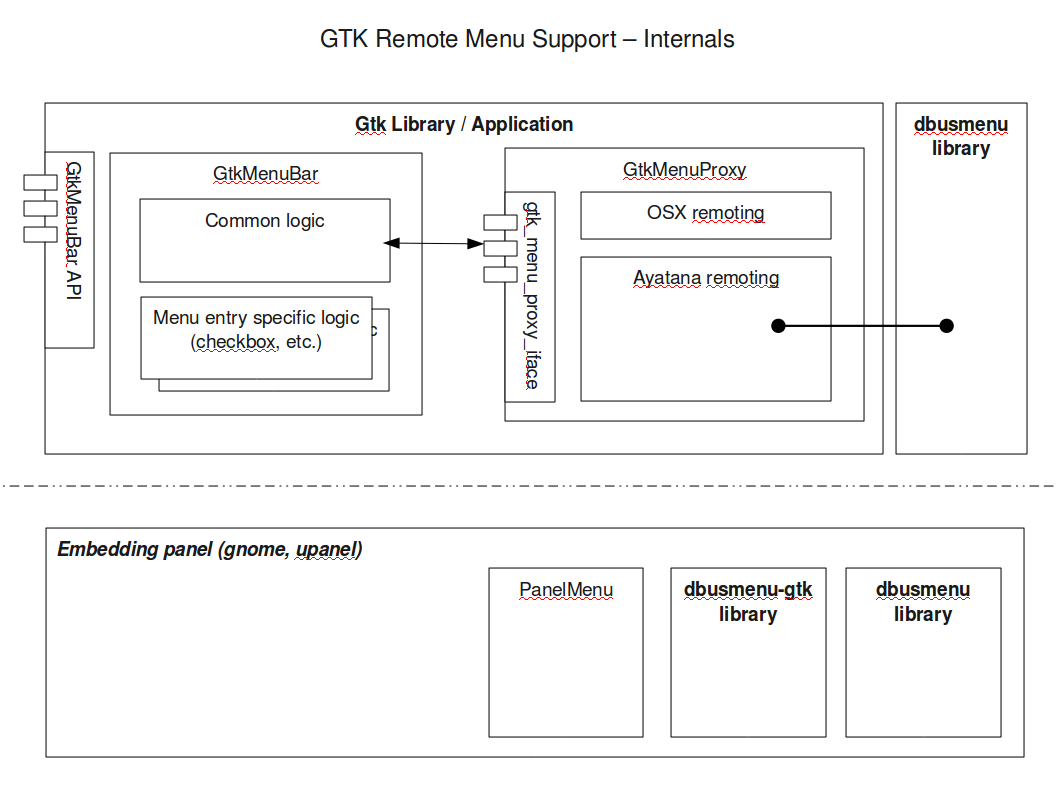 The system status menus should appear, starting from the end of the menu bar, in order from greatest to least likelihood of being there at all. That maximizes the overall probability that a menu on one Ubuntu computer will be in exactly the same place on another Ubuntu computer.