Differences between revisions 1 and 13 (spanning 12 versions)

This is somewhat of a catch-all for the most important features that we wish to land to improve usability of NetworkManager. Adding proxy and firewall support were discussed at UDS-O, and so was IPv6 (briefly) in this spec, and a little more in detail in the IPv6 health-check spec.

A number of enhancements to NetworkManager have been done in Oneiric. In particular, IPv6 addresses are now requested by default, although their presence remains optional to bring up an interface. Proxy and firewall configuration support, integrated with an user's connection to form per-network "profiles" have been added. Firewall and proxy are off by default.

Host-based firewalls are very common in Windows environments, and increasingly more common on Linux as the myths of being "unbreakable" and virus-free vanish. Furthermore, IPv6 support brings back the requirement of using host-based firewalls due to the somewhat direct access of systems to the Internet via autoconfiguration; which makes network-wide firewalling complex.

Bob needs to use a proxy at work to browse the web, yet doesn't use one at home. Right now he has to manually bring up the proxy configuration dialog and change his settings, remembering to change them back when he's in the other location.

John is worried about the security of his data. He runs a webserver on his system and SSH to share files with his coworkers and connect to his system remotely from within the office, but he doesn't want those to be exposed to the internet when he is at home. He uses ufw which he has to remember to turn off and on when he changes locations.

Firewall support: as a first pass we'll assume the simplest possible settings to be exposed to the users. What this means is providing a way to turn on or off the firewalling on a per-network basis, and exposing presets from UFW to open specific applications.

Proxy support: GNOME already has the concept of profiles for proxy settings. We can safely assume it sufficient to match profiles to connections as a 1:1 relationship, and making sure we keep a "default" proxy setting which enables to proxy. 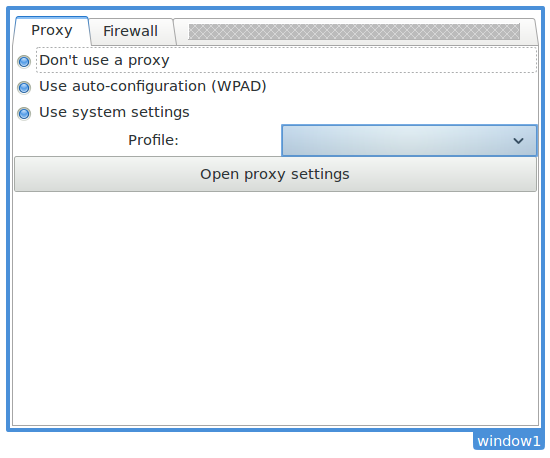 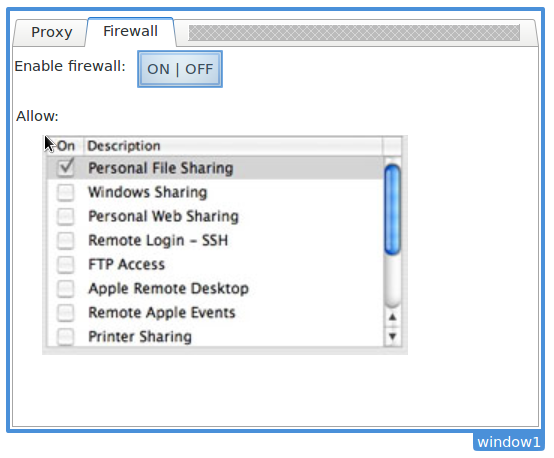 Should include one extra page per "feature": may be tabs, one "Proxy", one "Firewall", and expose as few settings as possible to make it really simple to configure (or ignore).

Discussed proxy implementation with Dan Williams (dcbw). Proxy support will require keeping track of proxy settings in an object such as NMSettingsProxy. It may be necessary to get at least WPAD, which is already retrieved from DHCP, to integrate into this (since it's proxy auto-detection). This would likely end up an additional section in the configuration file:

Firewall implementation would likely rather be done as a plugin, since it's very distro-specific. In our case, using UFW, speaking in DBUS to UFW to turn on or off firewalling and choosing settings (or choosing a specific profile at the UFW level, pending implementation there).

There is no previous data to migrate. Users will be presented with extra tabs which should make the configuration both discoverable, and very much out of the way from those who don't need it.

Notes are at linked from the blueprint on Launchpad.