You may want to look at UbuntuBootupHowto for a practical look on how to use Upstart in ubuntu. 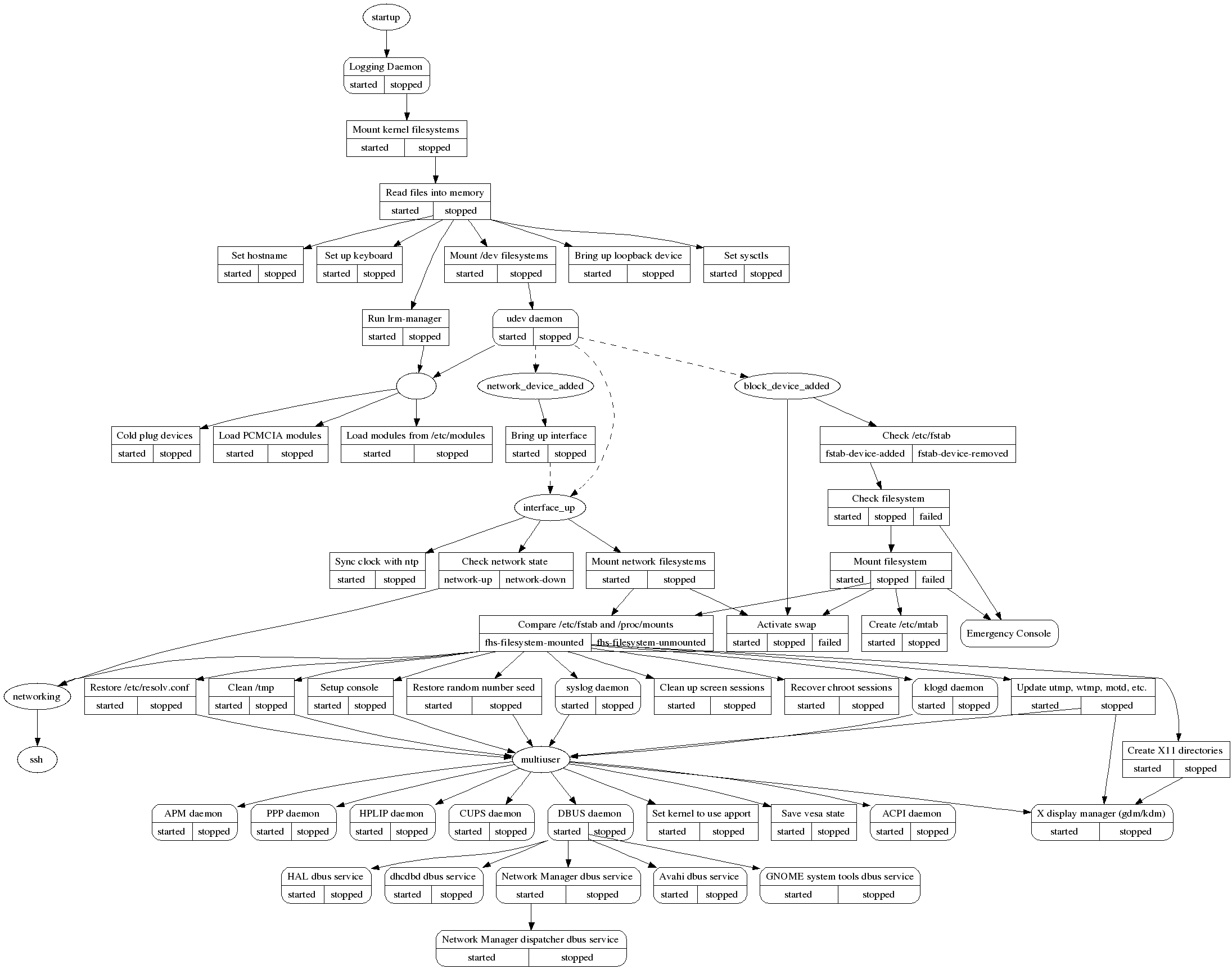