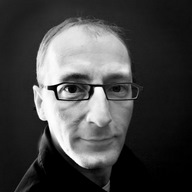 Ubuntu addict living in Ghent, Belgium.
Born in 1975, and married to Sheila.
We have two English Cocker Spaniels, a boy and a girl, Louis and Fleur.

My goals in the community

My ultimate aim is to solve the biggest bug of them all, bug #1, and really push the project forward.
We do have to climb the biggest mountain of them all, but I truly believe we'll get there and make Ubuntu a true Windows competitor, and slowly eat away from the mighty blue god's market share.

Being a very dedicated and focused person as I am, something has got to change, and I am absolutely convinced it will eventually.

I have been using computers ever since I was 10 years old, starting off with the newly introduced Commodore 128 in 1985. In 1987, the Commodore Amiga 500 was introduced and although my friends dads all had the bulky IBM-compatibles (8086 and 8088's), I went the alternative route and I wanted an Amiga 500. I got one in 1989, I still have it and it still works perfectly. I just can't seem to separate from it, for it is such a great piece of hardware. I recently bought an old Amiga 1200 as well...
After the fall of Commodore in 1994, I bought my first Windows 95 box in 1996. After using several Windows versions (95 ,98, 98SE, 2000, XP), Vista came out. In the meantime I had been dual-booting several Linux distributions, and after trying Vista in 2007, I got so fed up with it that I wiped my entire harddisk, installed Linux and never looked back.
I have used several distributions, but Ubuntu has always been there, because of it's user-friendly approach and the fact that the community truly creates the distribution.
I finally decided I would stick with Ubuntu and contribute and promote the use of it as much as I can.

I am actively involved in the following projects:

Dutch Translations across the Ubuntu project


My skills and interests