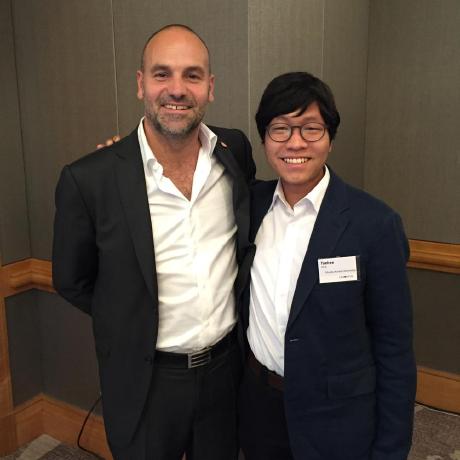 My name is Taehee Jang and I live in Uijeongbu, South Korea.

Works as a Leader

Basic Practical Use of Ubuntu

Works as a Executive Manager

I might reach my limit, I just started to learn programming though

Making a tablet PC via Ubuntu and Google Chrome

I'vs known Taehee since I joined Korea Ubuntu Community and served as a member of Korea LoCo Team. He was a leader of LoCo Team back then. And during his 2 years term, he achieved many things, and contributed so well on Ubuntu Community in Korea. One of the things I was amazed with him, is that he got he's momentum. He managed, organized, and successfully finished so many events here, including 'The Annual Ubuntu Seminar', which was held monthly, and several conferences with enterprise companies. He's contribution to our Korea LoCo Team helped us so much to spread about the Ubuntu Spirit in Korea. I must say, that it has been a honor to have him as a leader of our LoCo Team, guarantee that he will be a very suitable person for the Ubuntu Membership. -- Dry8r3aD 2015-02-05 21:59:16

He have risen Korea loco Team by his marketing skill when before to be team leader. and He keep on rising. what he done, he support so much a holding study group. He draw support from microsoft what held the KCD(korea community day). Korea loco team get more relations of other group(other korea teams). also, He made next leader by democratic voting. It will keep going to next time. so, I think It can be why his leadership. I thankful to TaeheeJang.-- tabayoichi