On 2010-05-12 an OpenPGP keysigning party was held at the Maverick Ubuntu Developer Summit in Brussels, Belgium. The original UDS-M/KeySigningParty/Announcement provides further details.

There were 19 keys presented (by 18 participants) at the event.

The following graph and statistics were generated some weeks later (2010-07-04) from keys published to the keyserver network. 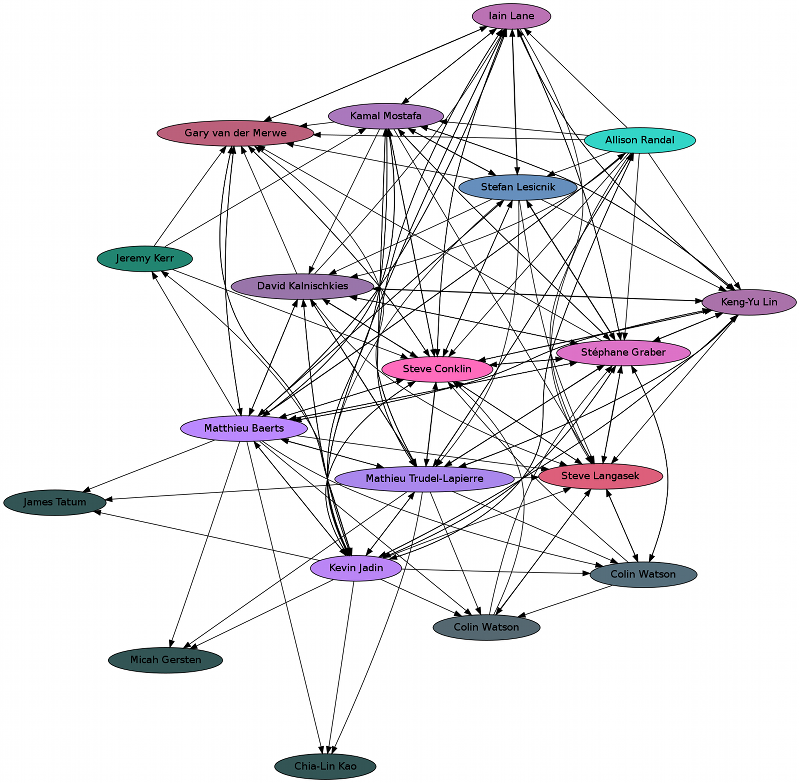 Questions about these statistics may be directed to Kamal Mostafa kamal@whence.com.