Differences between revisions 1 and 42 (spanning 41 versions)

Hello from Melbourne, Florida! I am a former Marine, and am a member of the “Ubuntu Florida Team Council” team. I have been involved with the Ubuntu community since UDS Jaunty! I was a Debian "Woody / SID" user prior to using Ubuntu when it was first released. It's kind of ironic looking back, at the time I had recently purchased an AMD-64 Shuttle that was top of the line. During this period there were only a handful of distributions that supported 64-bit, a new distro appeared near the top of my google search, "Ubuntu" version 4.10. I first downloaded the i386 live cd and ran it on my shuttle with great success, and went on from there to download and install the AMD 64 version. After that I proceeded to install Unreal Tournament Tournament 200x which released a 64-bit version of the game shortly after.

I have used other Distributions, but in my opinion the only thing that can come close to the stability of an Ubuntu system is Beyond Linux From Scratch. I have contributed to many forums, most notably fellow Florida Team member Lupine's phpbb located at http://www.thelupine.com/thelupine. I have also provided support in ubuntu forums as chriscri, and have seemed to misplace my original itnet7 account in the ubuntu forums somewhere between the merges of launchpad and stuff and trying to consolidate/merge accounts a while back.

I have participated in the following UDS's. 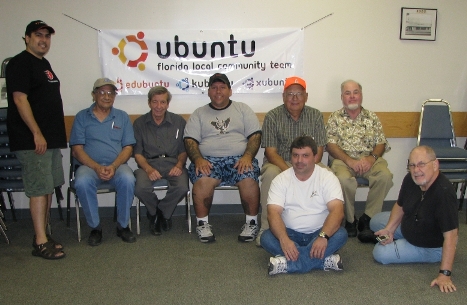 Earlier this year I was asked to fill the position of Community and Public Relations for the Florida Linux Show team. I have been organizing and contacting community members and vendors in efforts to raise awareness of the event and Ubuntu. In this position I have been able to give Ubuntu community members an opportunity to present and/or exhibit their respective projects with no cost to them. I have also been involved in straightening out issues with the FLS website and plan on giving the main page a make over soon with Drupal. The Florida Team Members will have another spot this year, and will be educating the Jacksonville Community on Ubuntu and giving away CD's and other swag for advocacy. We are also going to support the FLS for an installation area for anyone that might be interested in installing whichever flavor of Ubuntu.