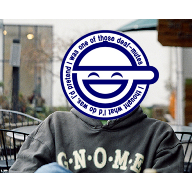 Since I’m not so good at English, I’m afraid I’ll sometimes use impolite, impudent or impertinent expressions.

But, I want to stay friends with you.

I have been a long-time Linux user.

I first started Linux in 1993 with RedHat, moved to Debian and settled down on Ubuntu when 'Feisty Fawn (7.04)' was released. I've been using it since.

I am one of administrators of GIMP's homepage in South Korea. ( http://gimp.kr )

Learn a lot about free software.

My Future as Ubuntu Member

Support Members of the KoreanTeam to get approved as Ubuntu Members.

When there is time I try to help the translators with translating some package.