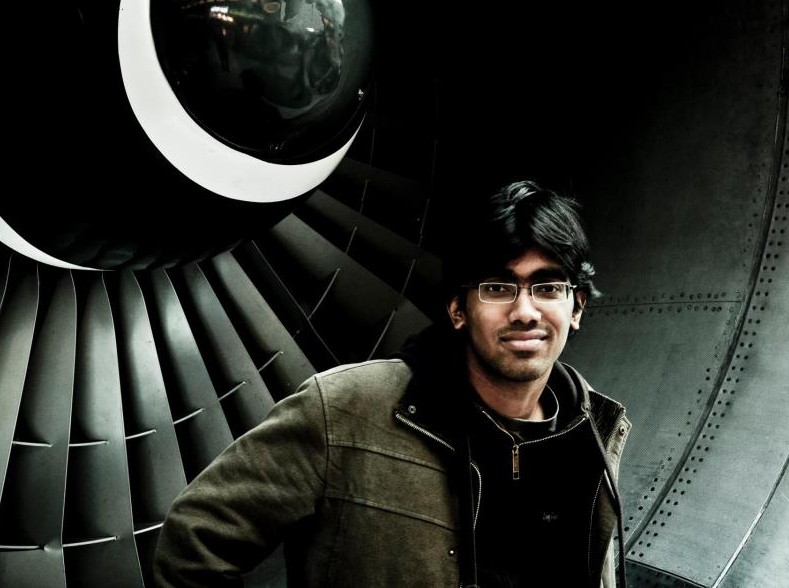 My name is Nekhelesh Ramananthan. I have been an avid Ubuntu user since 8.04. It took me some time getting used to learn about the open source model, community support and started to contribute to Ubuntu slowly.I have been active in different areas of the Ubuntu world like AskUbuntu, Launchpad, Ubuntu Blogs, Unity development mailing list, ubuntu touch core apps project which are all described below.

I have signed the Ubuntu Code of Conduct and the Canonical Contributors Agreement.

My contributions are distributed across various different categories. They are all listed below.

I volunteered to be an instructor for the Ubuntu User Day Precise. After being helped by Elizabeth Krumbach, I delivered my session "Switching to Ubuntu from Windows" which you can find at http://irclogs.ubuntu.com/2012/06/23/%23ubuntu-classroom.html#t17:00 . This session was targetted at new users looking forward to switch to Ubuntu but were hesistant to make that first step.

I was the Project Creator and Lead Editor of Muktware Ubuntu Manual. It is a comprehensive manual for Ubuntu 12.04 LTS. It was written in collaboration with the community. It provided clearly written instructions about using Ubuntu 12.04. I am confident that this would be very helpful to new Ubuntu users. Readers of Muktware were happy to read the manual and appreciated the effort.

You can download the manual here. It has also been published in the Ubuntu Software Center and can be found here. The manual was much appreciated by many users who sent feedback by email. Over a period of 1 year, we have had over 4500 unique downloads showcasing its usefulness.

I have been helping new users getting familiar and comfortable to Ubuntu by answering questions at askubuntu.com. You can check out my askubuntu profile at http://askubuntu.com/users/5855/nik

I am the Ubuntu Editor of Muktware and cover Ubuntu regularly by reviewing new releases of Ubuntu and also writing up about news happening in the Ubuntu world. Some of the popular blog posts I have written are listed below.

I have been part of the Ubuntu Bug Squad since February 2012. I have been helping triage bugs mainly in Unity during the development stages of Ubuntu 12.04. Here are some of the bugs that I have contributed to getting fixed to help make Ubuntu better.

Continue to support the Ubuntu community actively in the following areas,

I worked with Nekhelesh on his NSTrains application and what I learned is that he is really devoted to the projects he works on and very enthusiastic about they way they are shaping up from a toddler project to something really rad. His work on the Ubuntu Touch clock app is also quite brilliant. -- me4oslav (Launchpad)

I had a privilege to work with Nekhelesh on Muktware's Ubuntu 12.04 Manual. This guy is amazing in one word. It was a lot of work to do and he just kept going and going and we made it to release it on the same date when Ubuntu 12.04 was released. I find Nekhelesh as a determined, passionate, prolific person and a great mentor, especially when there is a need to help newcomers to Ubuntu. I've noticed that during Ubuntu user days when he held lecture about Ubuntu. To conclude - Nekhelesh is a person you can count on, big workaholic and passionate about Ubuntu. (Jasna Benčić, http://jasnabencic.blogspot.com/)

I first started working with Nekhelesh over a year ago, when he was the first and most active community participant writing Quicklists for apps in Unity (I wrote about his work here). He is also now very active in the Ubuntu Touch Core Apps project and has taken a leading role in the development of the default Clock application. He has also been blogging regularly about both the progress of that development, and the experience of contributing to Ubuntu in this way. Nekhelesh is exactly the kind of contributor who should be made an Ubuntu Member, and I can not endorse him strongly enough. -- mhall119 2013-06-16 17:45:37

After having worked with Nekhelesh in the Ubuntu Touch Core Apps project, I couldn't think of someone else who deserves being granted Ubuntu Membership more than him at the moment. He is highly productive, energetic, a great developer who likes to share his progress with the wider Ubuntu community through his blog. He's been a breath of fresh air in the development of the Clock app, wher his work has boosted development of the application. His engagement with the Design team has also been remarkable, which has contributed in Design getting more and more involved with the community. I highly recommend him for Membership, and I'd be happy to endorse him at any time. Good work Nekhelesh! -- dpm 2013-06-16 22:18:14

I have a policy of not giving testimonials for people. I'll break that for Nekhelesh. He's worked hard, professionally and reliably in the Core Apps project. He's an absolute pleasure to work with. I'll echo what Mike and David have written. I'd recommend Nekhelesh for Ubuntu Membership. popey 2013-06-17 09:15:20