We also have 2x PC's serving as internet PC's for the visitors so they could go free on the Internet for comparisation of prices or just to surf the net ,.... This of course made the visitors come in contact with Ubuntu. Because in the beginning we were only 2 volunteers, this was a very good solution.

On the middle monitor ther was playing a video (consisting of 4 downloaded videos from Youtube interspersed with our logo) for about 4 minutes in a loop. We also received many compliments about our booth, some even said it was the best booth of the fair.

Between 10h and 13h was crowded, we where at the end of the fair, the people passed drop by drop our booth, so they have a lot of time en there was enough space. Most visitors were very interested in ubuntu and had many questions. Those who had problems with ubuntu on their machines, we have given them the best help for finding the solution..

After the next fair we can see how much money we will deposit @ ubuntu-be, so we can be sure that we do not have to pay anything out of our pocket to attend a fair.

1. It is worth to invest in your booth, the 4 tablecloths made sure that it is more professional. 2. Quite a few new faces at this show. 3. GamePC and movies make people stop and ask questions. 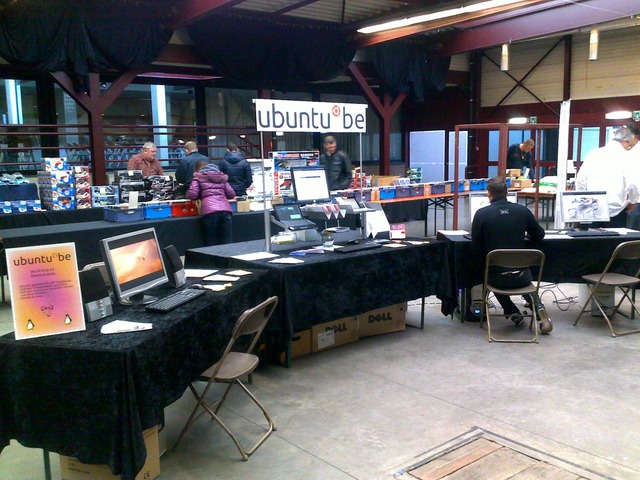 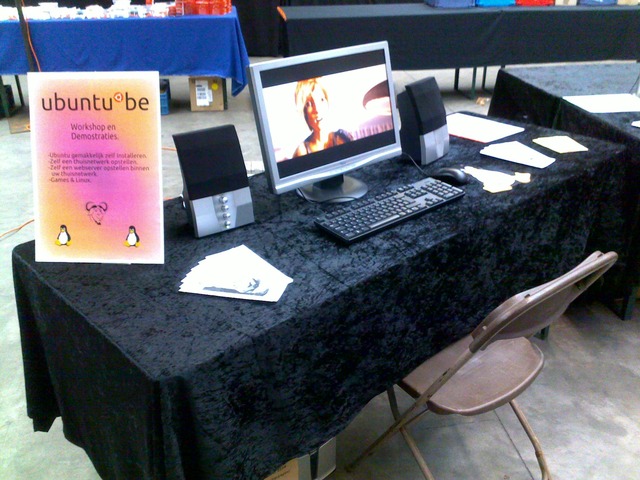 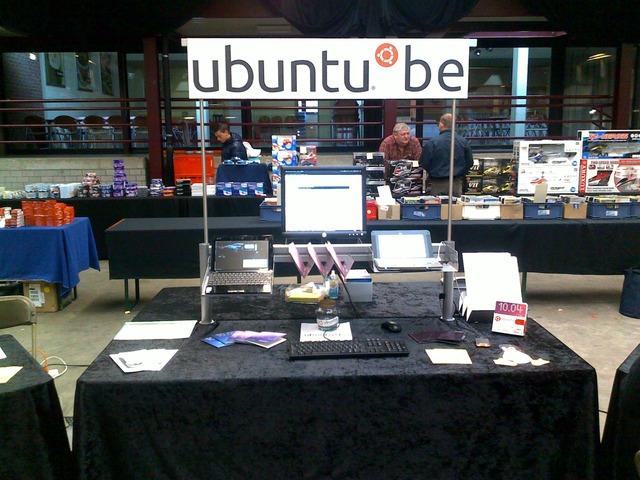 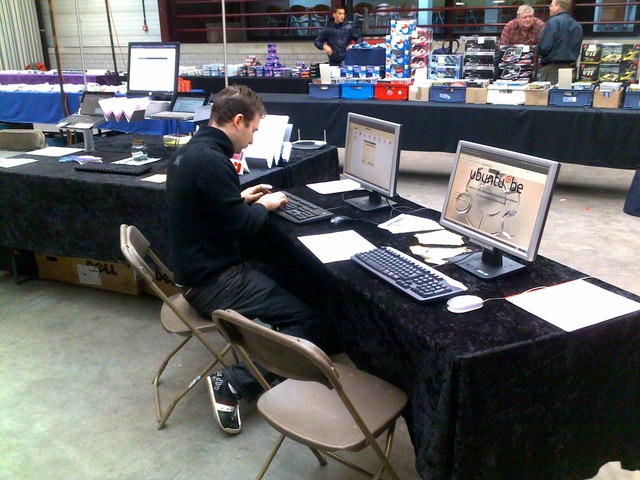 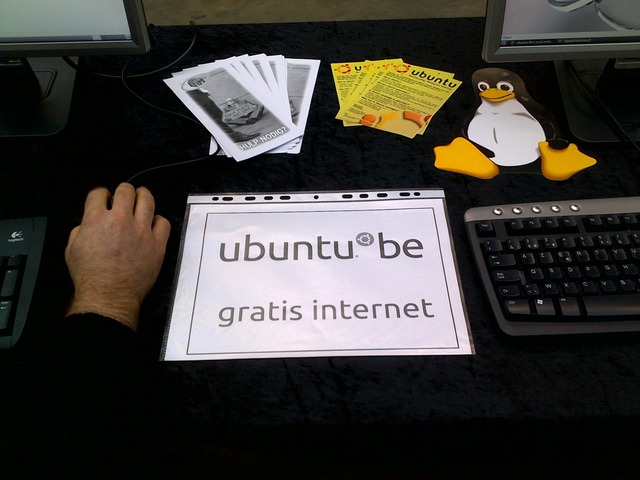