It was a calm fair, there were a number of lingering visitors and some of us were talking to them for 1 hour for the rest there was a moderate interest in ubuntu. It was also a day that we "ubuntero's" had some time to know each other better and some of us had lunch together @ quick. We also have sold some T-shirts, sadly enough we where the largest consumers of these t-shirts.

At the next fair we should try something new or extra, we now have several months to think of something (rollup, eyecatcher,...). 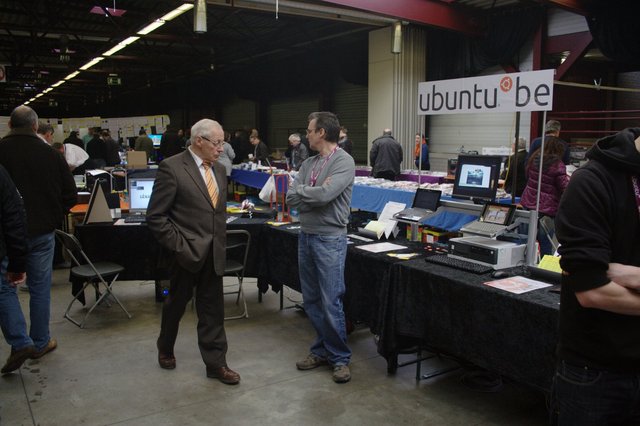 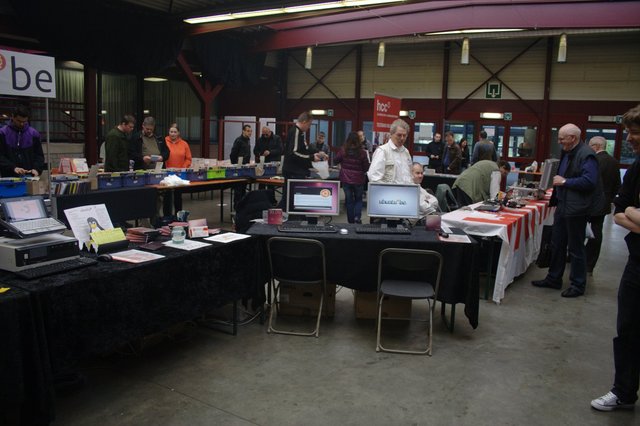