The fair was a fairly good event.

The team was composed of 4 volunteers from Ostend (2) and Brugge (2), with a reinforcement in the afternoon (1 local volunteer).

The booth was located close to the entry, good visible, more than 4 m. lenght and enough depth to set up the booth in U-form: despite a relatively narrow corridor, it was easier to attract visitors to our “Ubuntu-space” for more explanations and to fix their attention on demonstrations.

As usual, more visitors in the fair from the opening till 14.00 hr., and after a smaller but steady influx of visitors. The team was well busy all the day long.

A poster and flyer's were available at the entrance of the fair to inform and attract visitors to the booth, and it seems to be working.

With 1 PC for continuous presentation, with a 23” LCD screen, and 3 laptops for explanation and demonstrations, we had enough hardware, but not enough if we had to burn CD's !

We distributed approximately 120 cd's. We had a stock of 10.04LTS CD's from Canonical.

- Ubuntu-be needs a volunteer from Kortrijk area who could help to find locally other volunteers and to coordinate the booth, as in the other areas.

- For a more visible promotion of the booth, we should use a support for posters or banner, higher than 2 m. : it needs to be simple, light and easy to transport in a car. White boards are available to fix posters/banner on it. 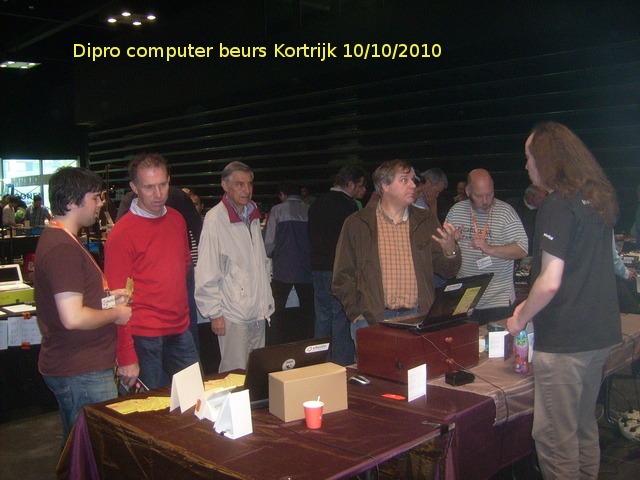 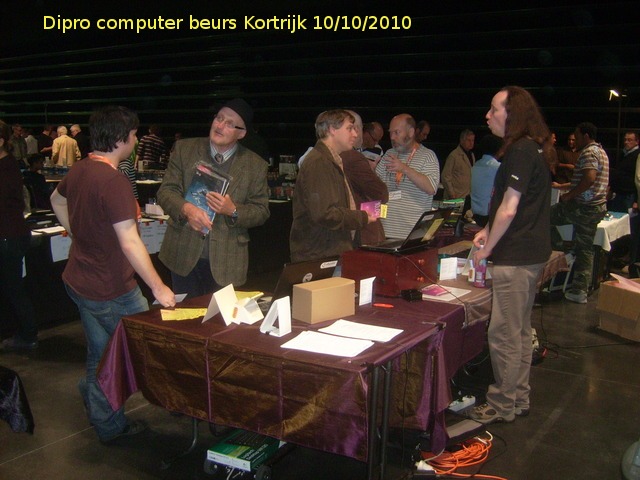 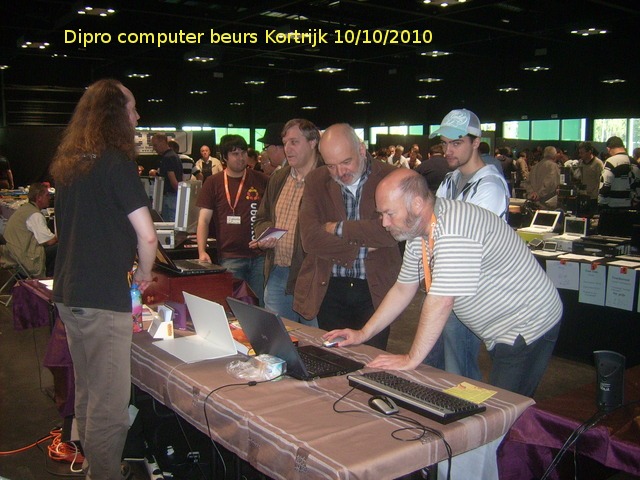 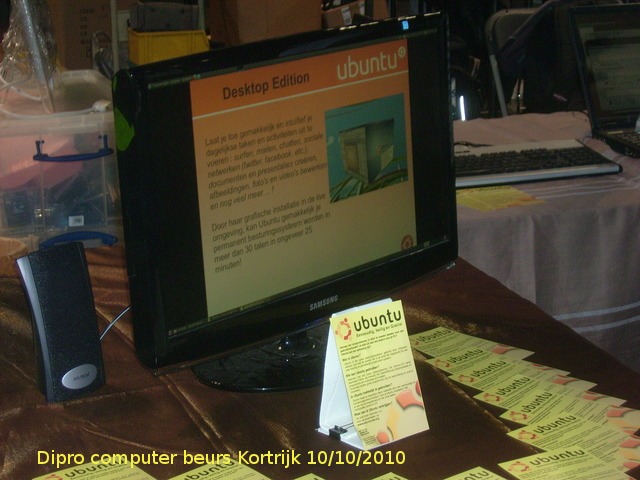 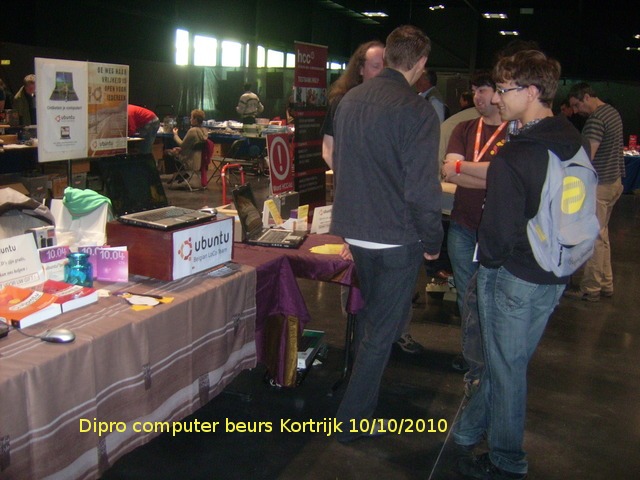 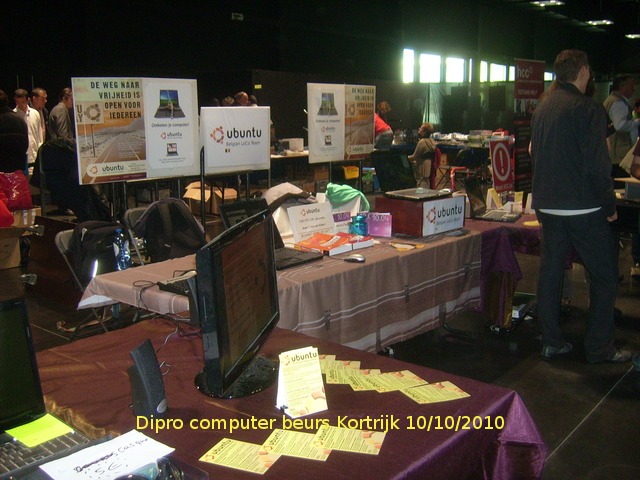 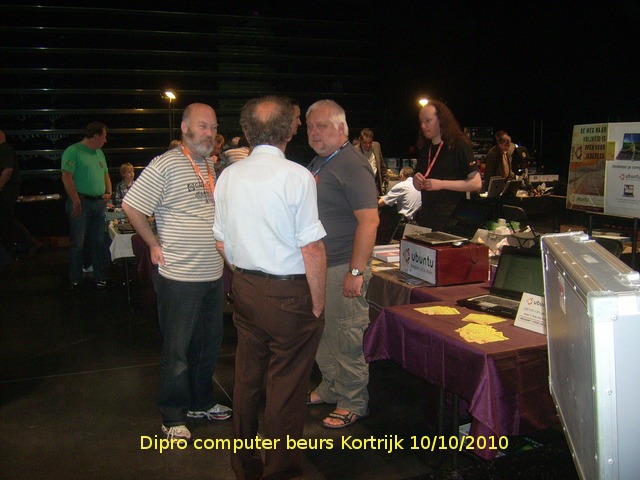