The booth was organized by 2 volunteers (Thanks to siegie and rulus). As we started earlier the preparation, there was enough material, including posters, flyers and cd's. There were not so many visitors, but nearly all of them were interested in Ubuntu and Free Software. We explained to the people who didn't know Ubuntu how easy it is to try it out (live cd/usb, wubi) and got enthusiastic reactions. Some people had bad experiences from the past (older versions of Ubuntu), but agreed to try it again with a newer version (ie. Lucid). We raised 32,40 € and payed the rest of the cost ourselves.

We did cool stuff too: 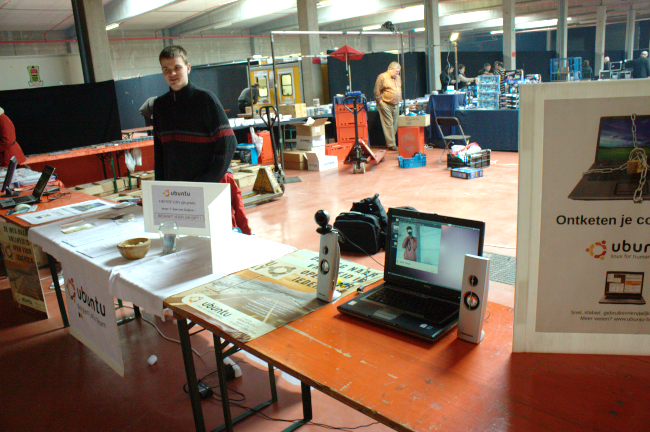 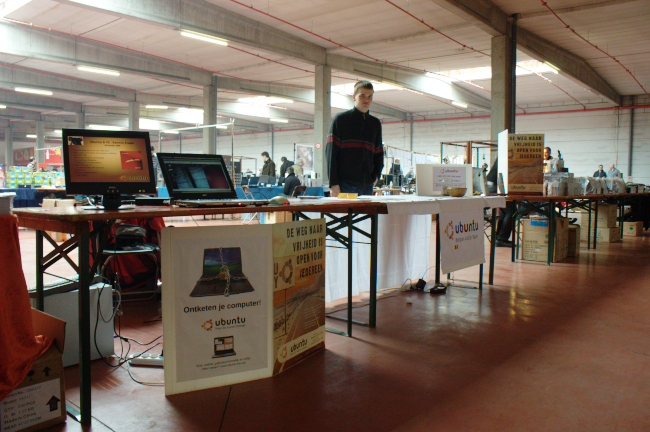