We are preparing Kubuntu Groovy Gorilla (20.10) for release in October, 2020. With this Beta pre-release, you can see what we are testing in preparation for our next version.

The Kubuntu team will be releasing 20.10 in October.

To upgrade to a Kubuntu 20.10 pre-release, run sudo do-release-upgrade from a command line.

Users of the i386 architecture will not be presented with an upgrade to Kubuntu 20.10. Support for i386 as a host architecture was dropped in 19.10.

New features and changes in 20.10 Beta 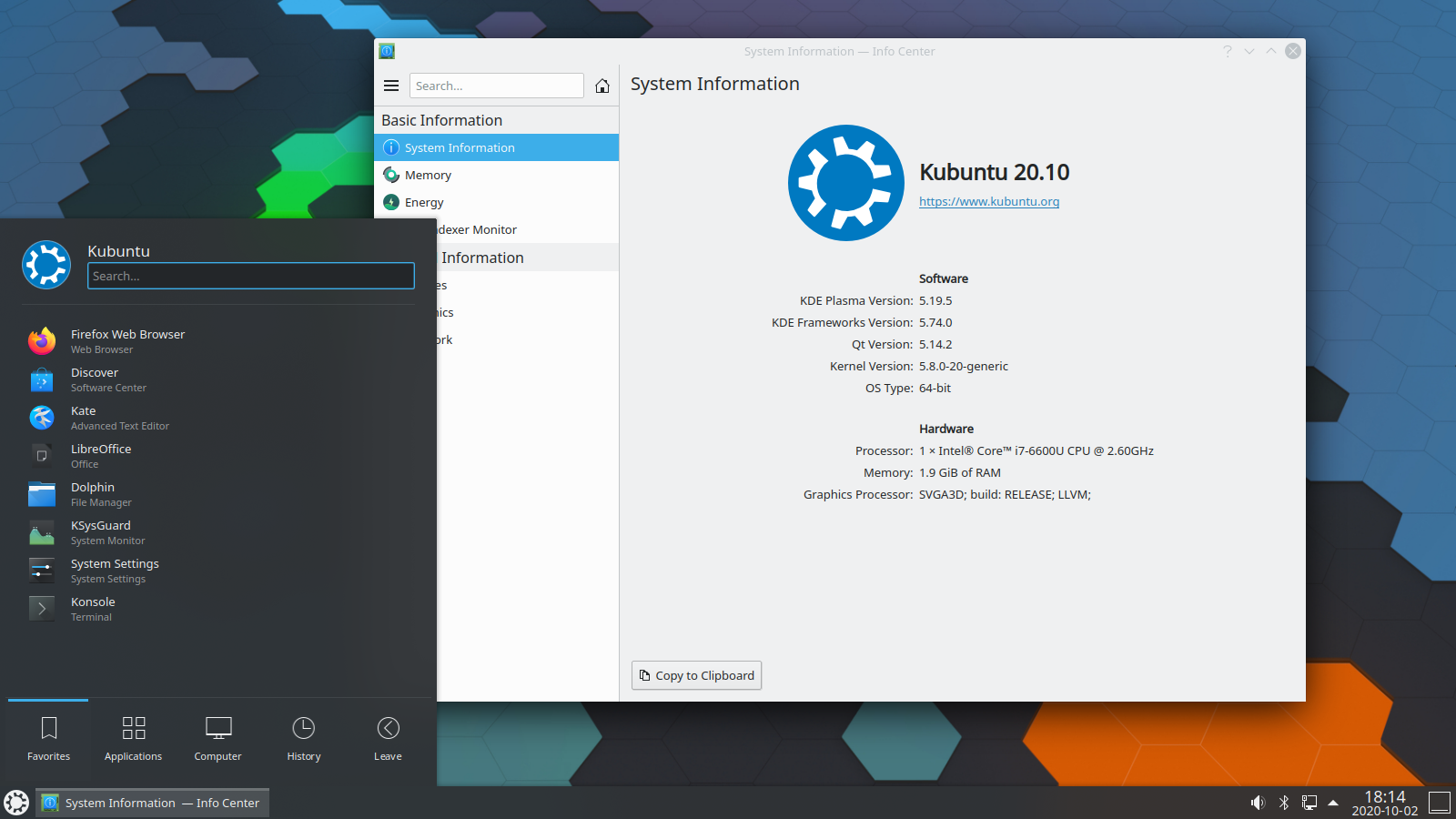 Plasma 5, the new generation of KDE's desktop has been developed to make it smoother to use while retaining the familiar setup. The Plasma 5.19 series is the default in this version of Kubuntu.

Plasma 5.19 has been developed to make it smoother to use while retaining the familiar setup. Kubuntu beta ships the 5th scheduled bugfix release of 5.19 (5.19.5).

KDE Apps updates, including 20.08.1 release service and other updated apps 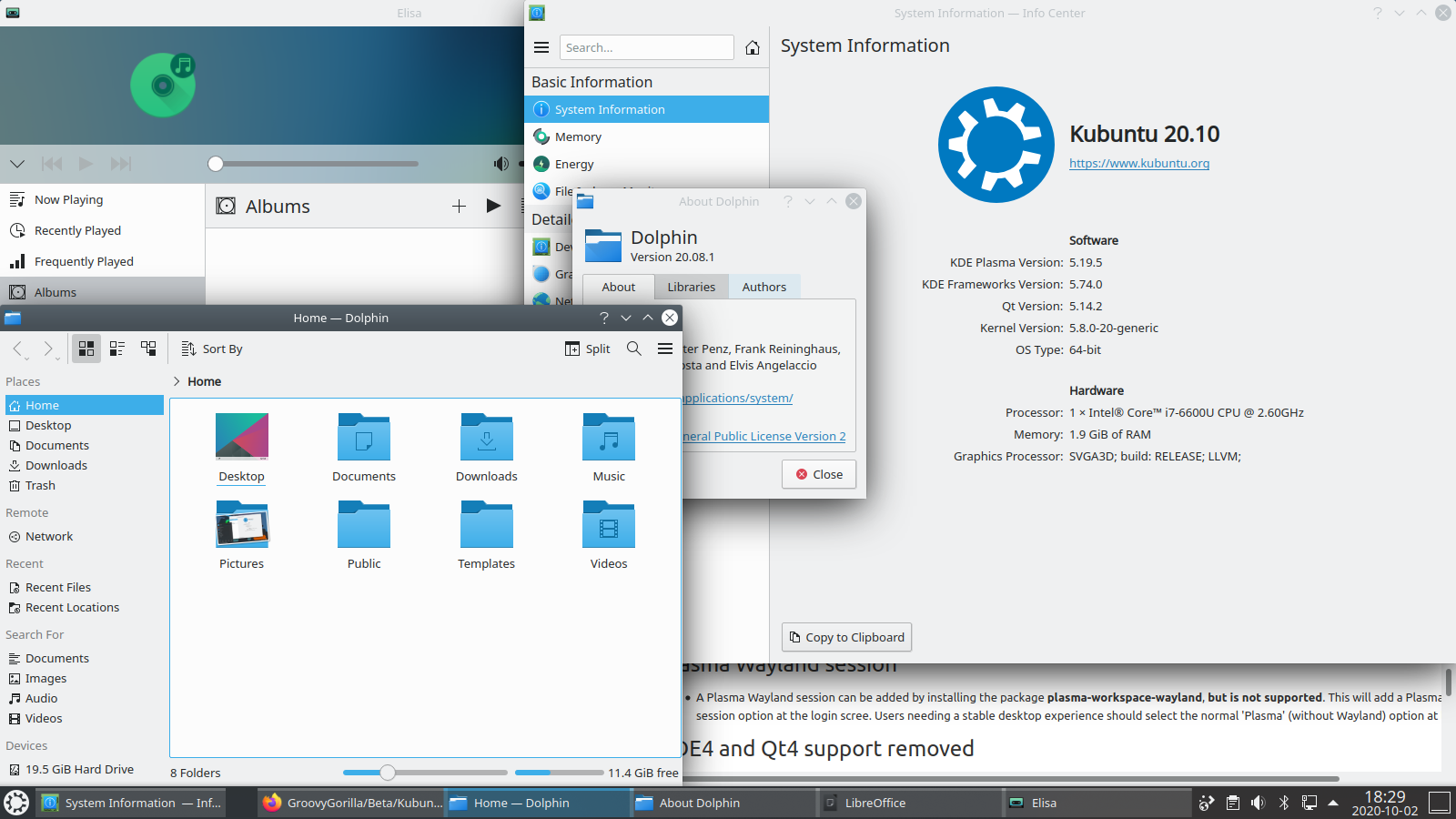 All KDE4 and Qt4 libraries and applications have been removed starting with the 20.04 archive, and are therefore not supported.

Development of Kubuntu 20.10, Groovy Gorilla, is ongoing and bugs are fixed every day. Before reporting bugs, please ensure your system is up to date. For verifying installation related bugs, updated disk images are available from Daily bootable images for standard PCs and laptops.