With the Hardy release the CD setup for edubuntu has changed a bit. The edubuntu desktop itself moved to an addon CD to ubuntu while the LTSP bits from the edubuntu install CD moved into ubuntu.

This page describes how to achieve the same Classroom Server setup provided by former edubuntu releases in the new worldorder.

Installing LTSP and the Ubuntu base

You need the Ubuntu alternate CD for setting up LTSP:

get the iso from http://releases.ubuntu.com/releases/8.04/.

To get LTSP from CD in hardy you now need to use the ubuntu alternate CD. On the CD bootscreen hit the F4 key after selecting your language, this will pop up the "Modes" menu. Select the LTSP option there. If you hit enter now the installation will start and if you have two network cards in your server everything will work out of the box (as known from former edubuntu releases). With more or less than two NICs the LTSP part of the installer will tell you what to modify.

After the first boot you now can turn the desktop into edubuntu by using the addon CD. If you put in the CD a dialog will pop up asking you if you want to install the extensions. If you agree to that, add-remove applications will pop up, presenting the CD content sorted by category:

get the Edubuntu Addon CD iso from http://releases.ubuntu.com/edubuntu/8.04/

After putting in the CD allow to install the extensions ... 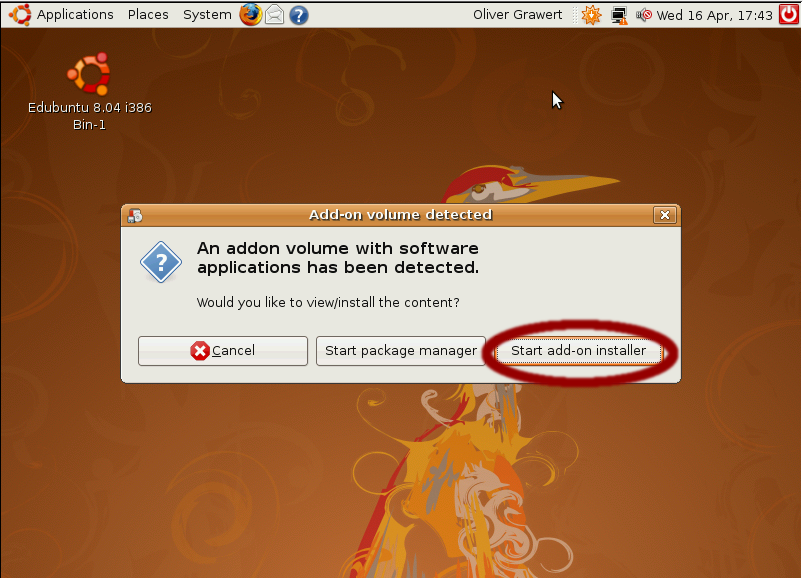 ... you are asked for your password to get permission to install packages ... 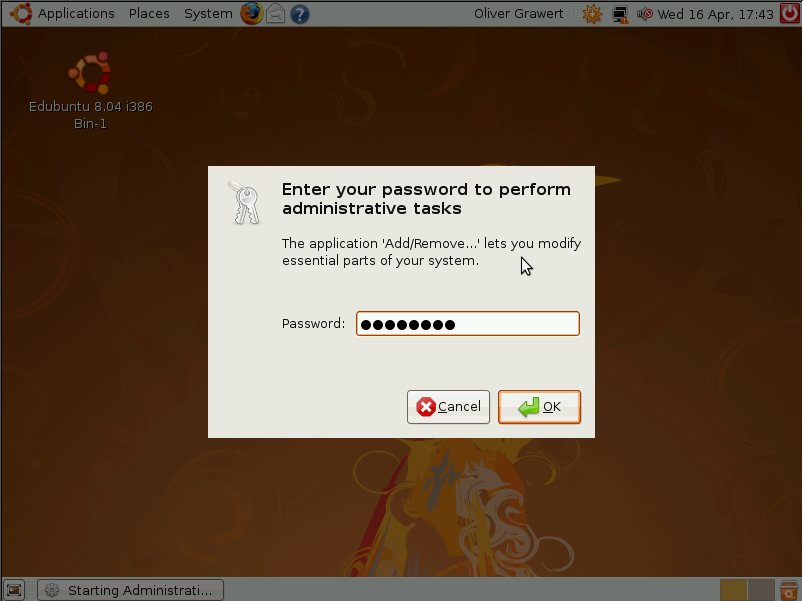 Select the edubuntu desktop category and toggle the checkbox next to the edubuntu-desktop package in the right window. 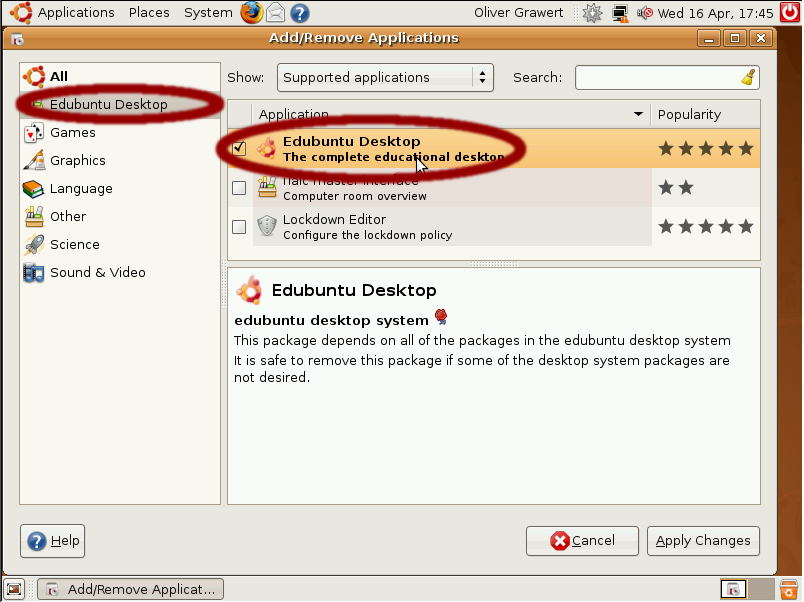 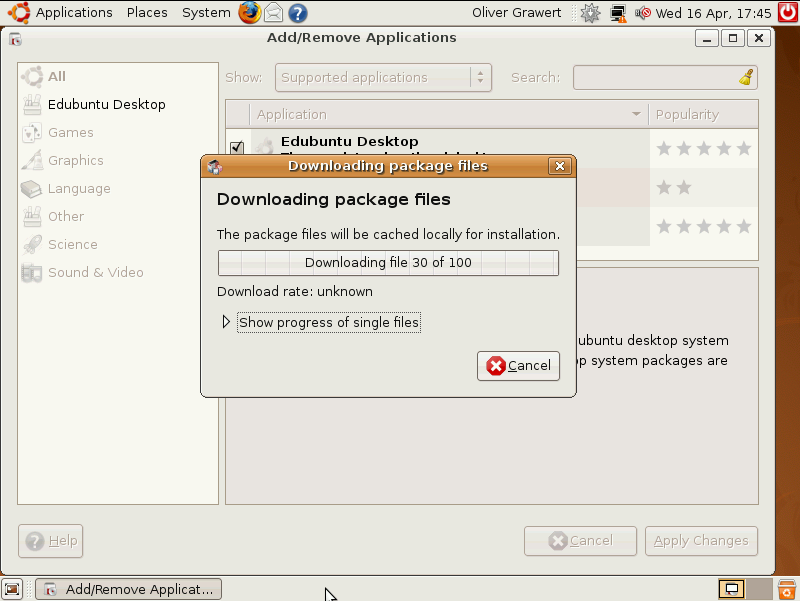 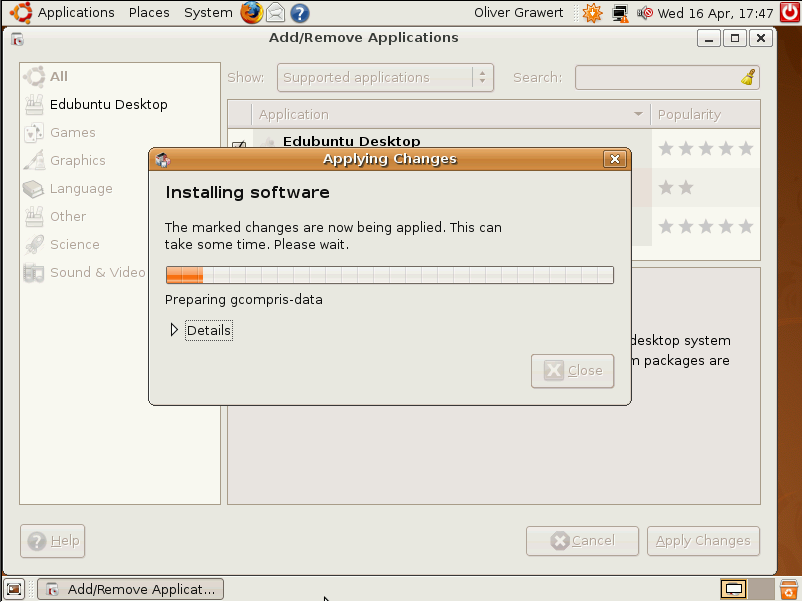 After the install process has finished restart your system to make all artwork changes take effect.