I started tinkering with Ubuntu on an ancient AMD desktop back when I still had to compile my own copy of Mplayer with a Terminator theme - awesome! Since then I've played with it in my spare time, worked for Canonical for 2 years and been professionally involved in 5 releases. 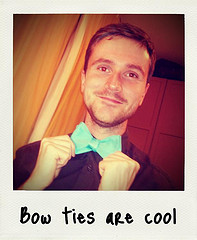 - Contributed to releases 9.10 - 11.10 as member of Canonical Design and comms team, filing, triaging and advocating use of Ubuntu

- Ran the desktop photo wallpaper contests on Flickr working in conjunction with community team from 10.04 onwards

- Worked closely with Dalton Maag in creation of Ubuntu Font

- Liaised with wider promotional community like OMG!Ubuntu and encouraged their contribution to the Ubuntu community

I am leaving Canonical in November 2011 but want to continue to contribute by: - Continuing to run wallpaper contest

- Curate photo wallpaper packs in conjunction with other photo sharing websites - already have commitment from 500px.com

- Get more involved in the excellent DarkTable project - http://darktable.sourceforge.net/