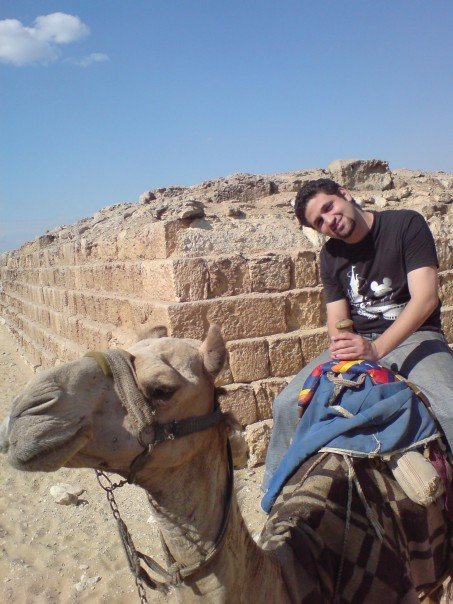 I am Karim Fayez from Egypt, I am 25 years old and still getting older, I live in Cairo city:: the city that never sleeps. I am a petroleum wireline logging engineer and computer administration is my main hobby but I really prefere it more than work...anyways.. I have started working with linux in the september of 2004 -after hearing about it for four years and didnt have a chance to try- by trying many distros like Redhat, Whitebox, mandrake, Suse, Fedora, and others then I got introduced to ubuntu by the release 5.04 through Distrowatch as i was caught by the brilliant idea of shipping free CDs and from that time I have been using it and proud to be an unbuntu loyal user...

Through the last year I worked on convincing people to switch to Ubuntu and I succeeded in switching around 100 persons totally in addition to my company which now uses several GNU/Linux distros including my favorite Ubuntu.

Through that time I kept thinking of building a LoCo team of ubuntu in Egypt as to enhance the availability and the knowledge about linux and the open source foundation. I consulted couple of my friends and here we go starting the team which i believe will rock... Ubuntu-EG.. and just before it was announced officially we managed to give two GNU/Linux introduction trainings one of them was held inside the university and the other was for a group of people who wanted to learn about it and i believe some of them are eager to switch soon, after that I conducted a sponsored session in the faculty of engineering in ain shams university with over 75 attendees and we distributed lots of Ubuntu CDs and I think lots of them had already switched..

Goals For Egypt LoCo Team For 2007

I just wish i can make a difference in the way people think and to know that there is always a better way.

I enjoy working with all the wonderful people in this community to help Ubuntu grow and be strong, and I hope to remain a part of it.

Wish us good luck, Thanks,