Pursuant to UDS-Q blueprints, the Ubuntu Kernel Team team has collapsed multiple 12.04 x86 flavours into a single 12.10 flavour, i.e. generic. We've also modified kernel packaging for x86 such that it is delivered in 2 packages, i.e. linux-image and linux-image-extra. This accommodates the needs of virtual instances where the smallest possible kernel package is desired, i.e. linux-image. With these changes in flavors, there are also corresponding changes to the meta packages which support these flavors. The following documents the changes to the meta package offerings.

The general relationship rules for the Quantal kernel meta packages are as follows:

The specific Quantal kernel meta package mappings are as follows. Package flow diagrams have also been included below. 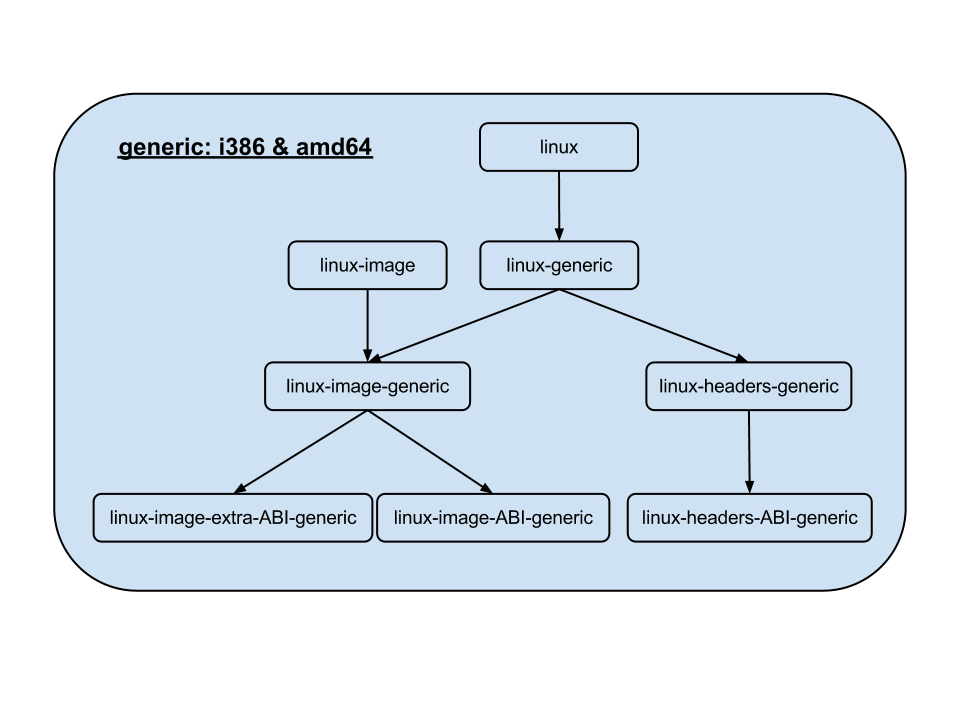 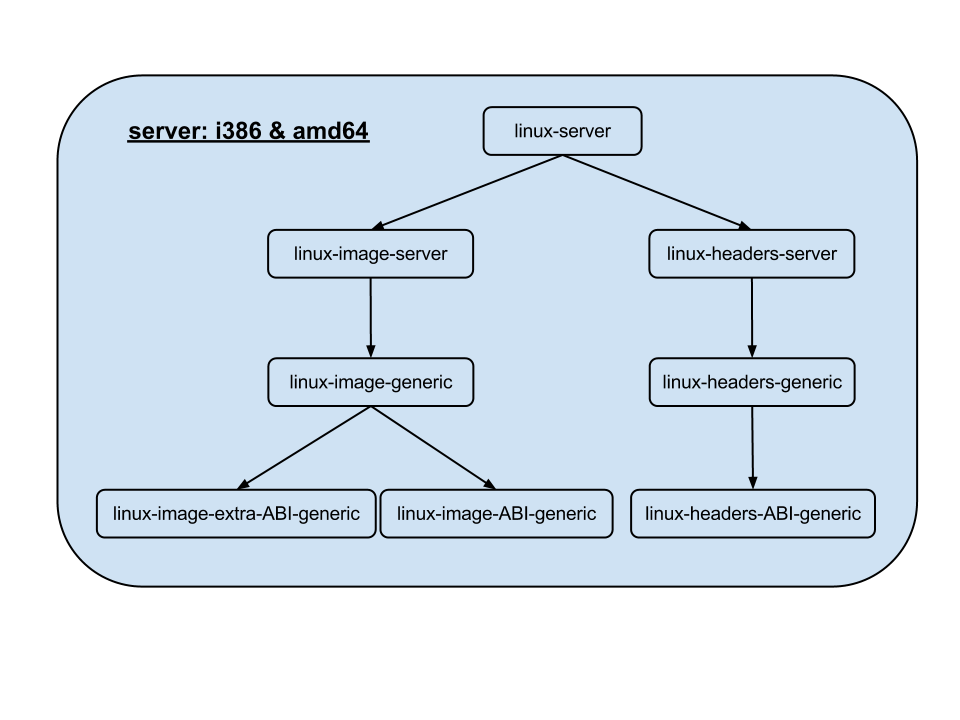 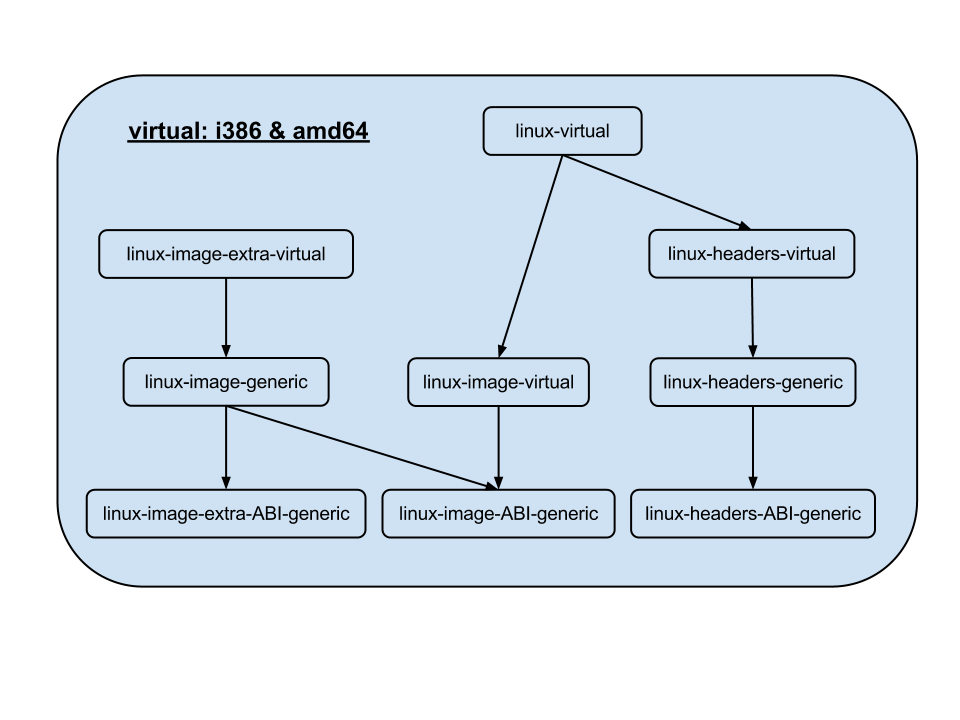 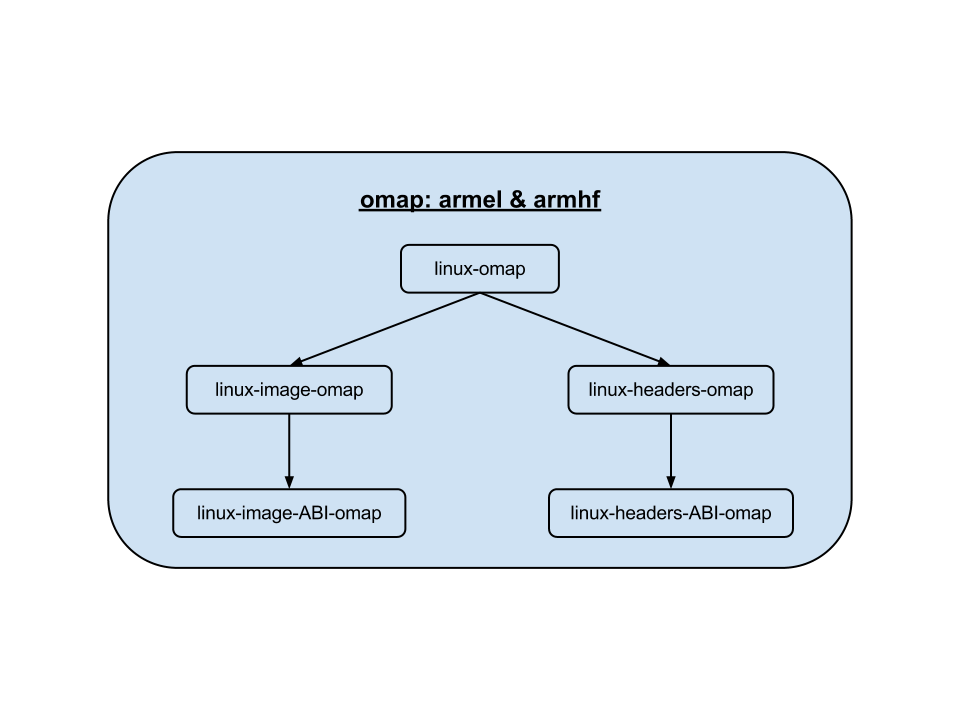 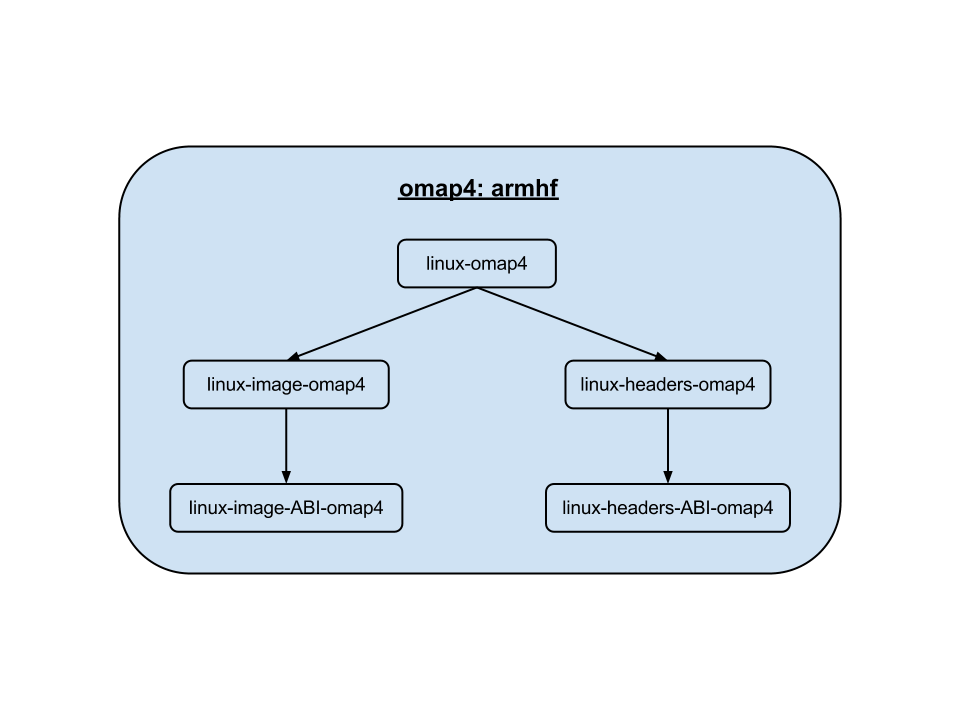 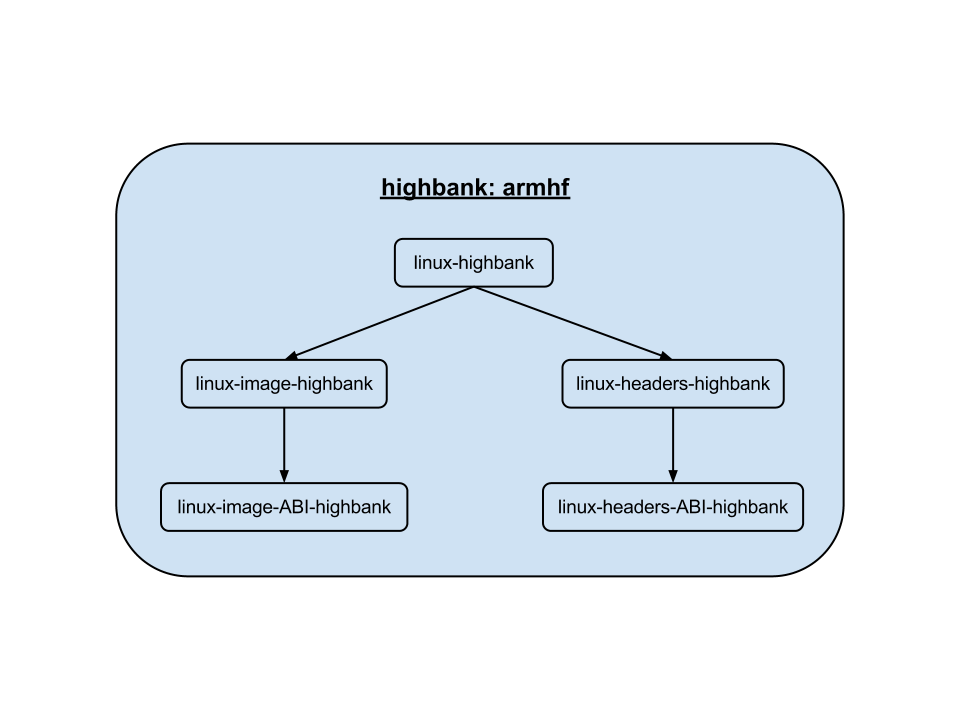 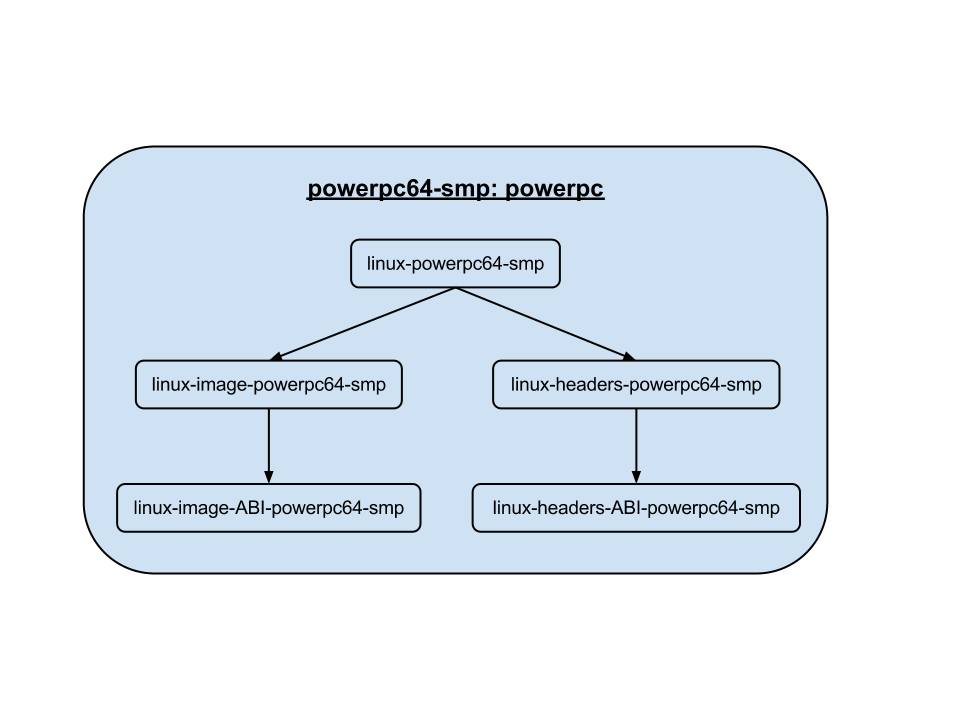 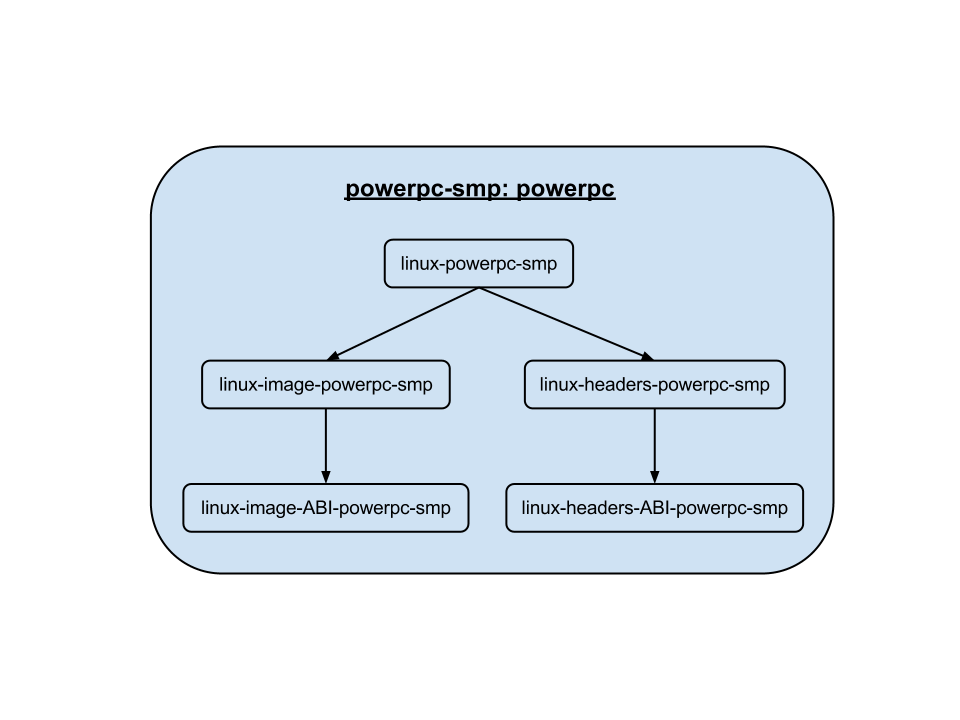