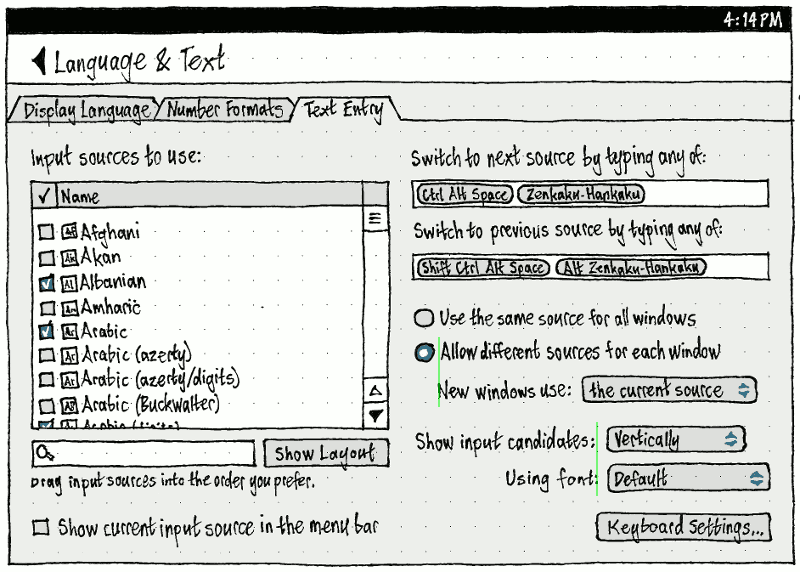 On narrow screens, the “Display language…” item should have an icon, making the setting easier to find if the current display language is not one you can read. On wide screens, “Display Language” should be the first and default tab. 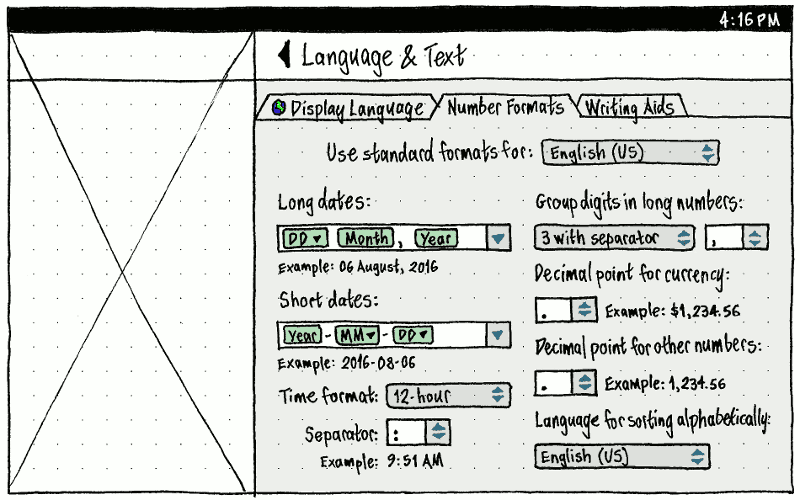 Erratum: The “On-Screen Keyboard” screen should have a “Keyboard sounds” switch.

Both “On-Screen Keyboard” and “Hardware Keyboard” screens should begin with a “Keyboard layouts” item. Its summary value should be the name of the current layout, whenever there is only one and it will fit in the space available (for example, the phone is in landscape); otherwise, it should be the number of currently chosen layouts.

On the “On-screen keyboard” screen, this should be followed by a “Keyboard sounds” switch (not shown) and a “Transparency:” slider, with ends labelled “None” and “High”. When, and only when, you are interacting with this slider, the OSK should appear so that you can see the effect in real time.

The structure of the “Keyboard Layouts” screen should be the same for on-screen keyboards as for external keyboards, except that the list of possible layouts is different for each. 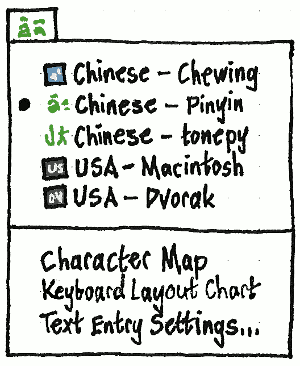