Lots of fun, lots of people. Most of everybody that came was from different groups so that was encouraging to see general linux community participation in the event. I felt like the room and in general the whole place was a bit small for the group we pulled in, in the future a larger place would be good.

This was my first time at Free Geek, so I really had no idea what they had for facilities. I felt like an oven would be great for cooking papa's pizza in next time so ordering pizza would not be so expensive, we will discuss this next meeting. 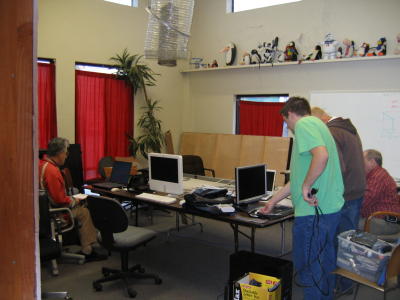 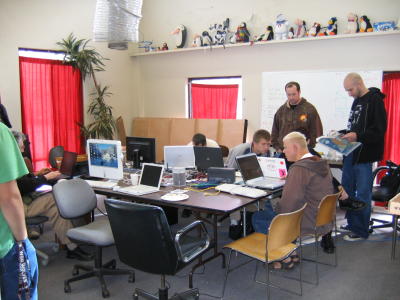 With Ubuntu 7.10 (Gutsy Gibbon) being released on Thursday, October 18th. The Oregon LoCo Team would like to invite everyone down to Free Geek in Portland Oregon for our Gutsy Gibbon Release Party Extravaganza on October 20th between 11:00 AM and 3:30 PM Pacific Time. Free Geek is located here http://freegeek.org/map.php

Planned activities are subject to change

So come on down. No RSVP necessary (although if you do, it gives us a better idea of how much food to get)