This was my first effort as an Oregon LoCo team member performing an Ubuntu community outreach held on 20 August, 2009 during one of our town's "Third Thursday" events that are held annually every summer. We had about 80 CDs that my wife and I had burned from ISO and labeled by hand, about 50 brochures printed utilizing materials from the spreadubuntu.com beta web site and 70 home made business cards with my email contact info and the Ubuntu download and forums URL on them. We set up two netbooks - one with some soft background music playing behind a slide presentation about Ubuntu running on a continuous loop, and the other set up with a mouse and Ubuntu Netbook Remix installed so people could get some hands on experience if they were inclined to do so.

We had quite a few curious questioners, and managed to get people to walk away with around 20 Ubuntu CDs and far more literature than that, I would estimate about 35 pieces of literature or brochures. People seemed to be more interested in taking the brochures than the software itself, but all in all I would call it a moderate success. Even if I only converted one or two people it will have been worth it and the word is beginning to get around that there is an alternative to help people get the most out of the computers they already own. 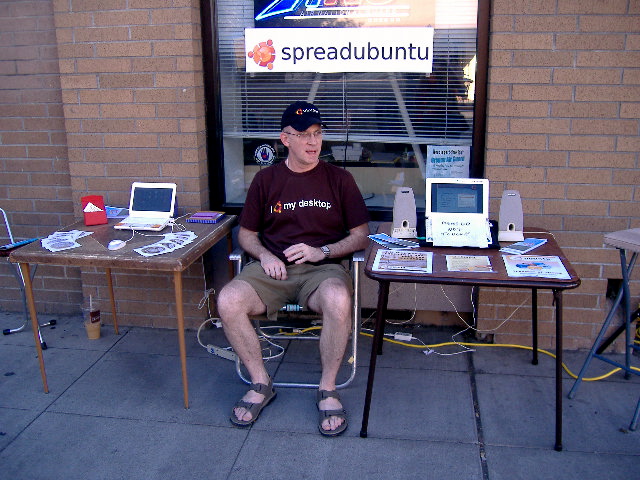 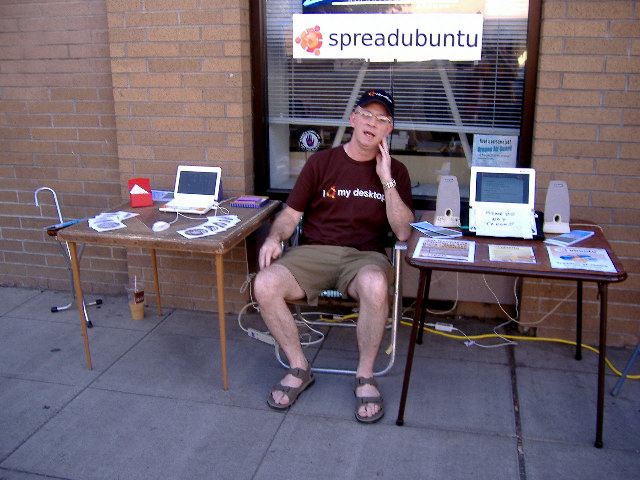 Community outreach to spread Ubuntu to residents of Southern Oregon, and Klamath County in particular, interaction with the public, discussion, education on the concept of GNU/Linux in general and Ubuntu through demonstrations as well as handing out literature and Ubuntu CDs.