This is the initial straw man proposal for moving to a rolling release and ensuing discussion is available here: Initial Proposal

The essense of the proposal is: 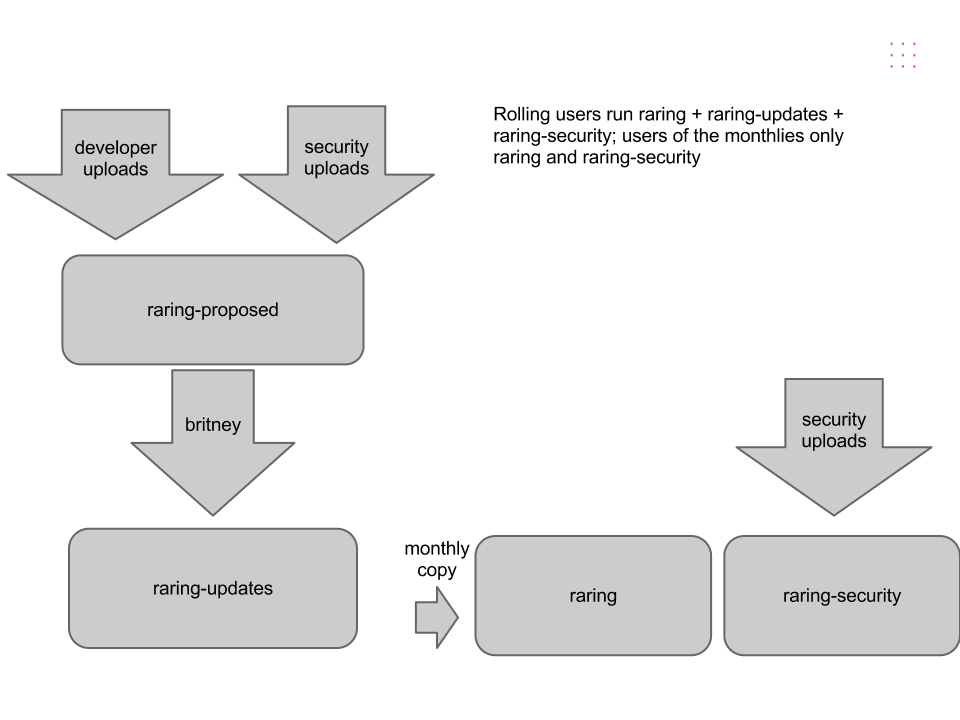 Daily Quality is a combination of:

Isn't this proposal just a proposal to go to a 2 year cadence?

Won't syncing from Debian introduce many more problems one Wheezy is out and Debian is unfrozen?

What about the release schedule with respect especially to freezes?