We’re preparing Kubuntu 13.10, the Saucy Salamander, for distribution in October 2013. With this early Alpha pre-release, you can see what we are trying out in preparation for our next version. We have some interesting things happening, so read on for highlights and information.

To upgrade to Kubuntu 13.10 from previous releases, run kubuntu-devel-release-upgrade from a command line. 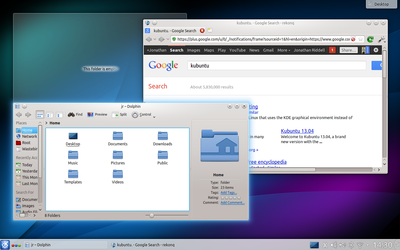 This upgrade from KDE adds Faster Nepomuk indexing, Kontact improvements such as a new theme editor for e-mails and prepares the ground for future developments using Wayland and Qt 5. 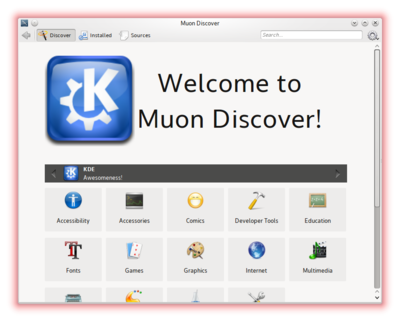 A friendly way to discover and install applications.

The Alpha 1 Saucy Salamander snapshot includes the 3.9.0.7 Ubuntu Linux kernel which is based on the the upstream v3.9.7 Linux kernel. The 3.9 release contains improvements in power efficiency, as well as support for KVM Virtualization on ARM, additional highlights are described here.

Additional issues being tracked can be found at Kubuntu 13.10 Milestoned bugs

Development of Kubuntu 13.10, the Saucy Salamander is ongoing and bugs are fixed every day. Before reporting bugs, please ensure your system is up to date. For verifying installation related bugs, updated disk images are available from Daily bootable images for standard PCs/laptops/netbooks.