Remediation of this vulnerability involves not only updated versions of grub2, but also an update to the UEFI Secure Boot DBX entries so that previously released vulnerable versions of grub2 are denied from being loaded. In the case of Ubuntu, this is achieved by adding the 2012 Canonical UEFI on-line signing key to the UEFI DBX as this was used to sign all grub2 binaries with this vulnerability. Fixed grub2 binaries are now signed by a new 2017 Canonical UEFI on-line signing key. The update for the UEFI DBX will be provided by an updated version of the secureboot-db package in Ubuntu at a later date, once this has undergone validation.

These versions are signed with a new key and fix the discovered errors that would allow secureboot bypass:

Some users on cloud providers, legacy BIOS computers, or UEFI configured to boot with legacy support, have reported problems booting with the above versions. If you installed the above versions but have not yet rebooted, please double-check that debconf knows where your grub should be installed:

Use dpkg-reconfigure to repair the configuration:

(Alternatively, you can simply run sudo dpkg-reconfigure grub-pc without checking first. It is harmless to run this multiple times.)

The following versions no longer reinstall grub when grub-pc is upgraded, to reduce the chance of regression due to bug 1889556. These updates were announced in USN 4432-2. 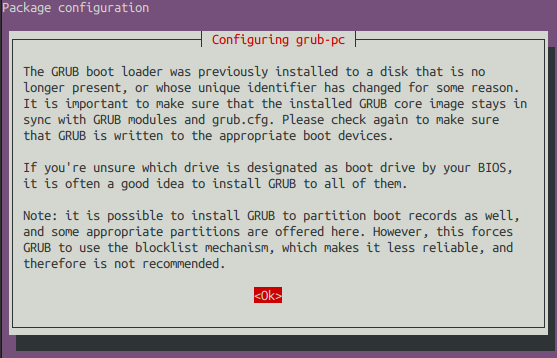 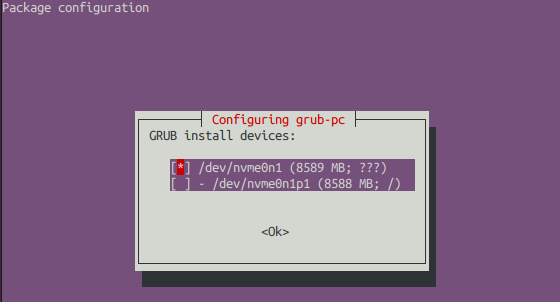