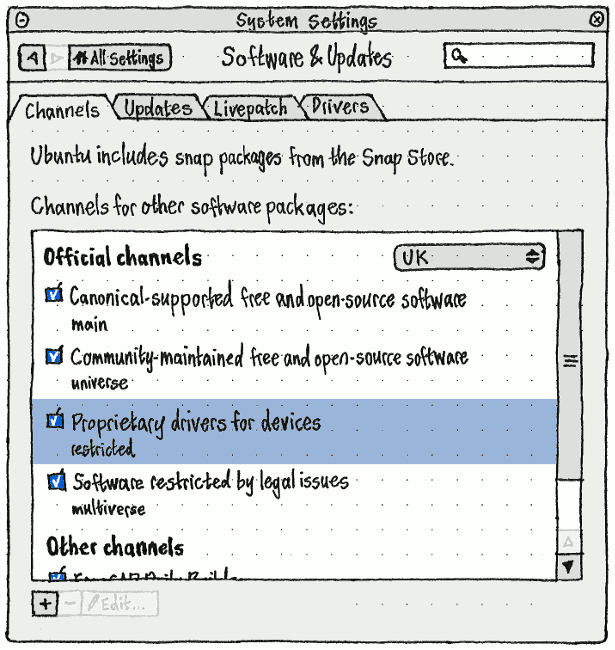 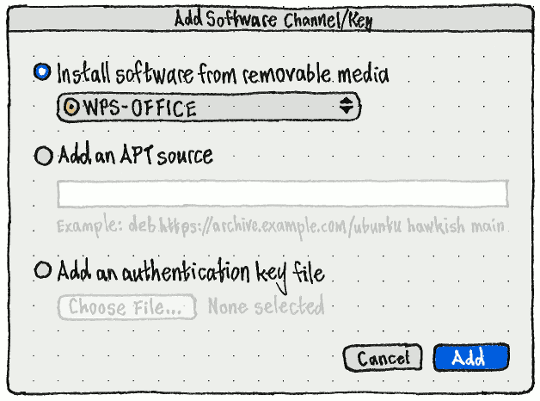 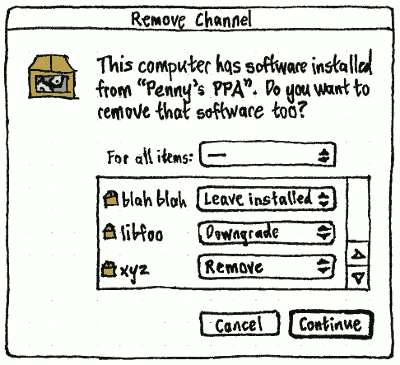 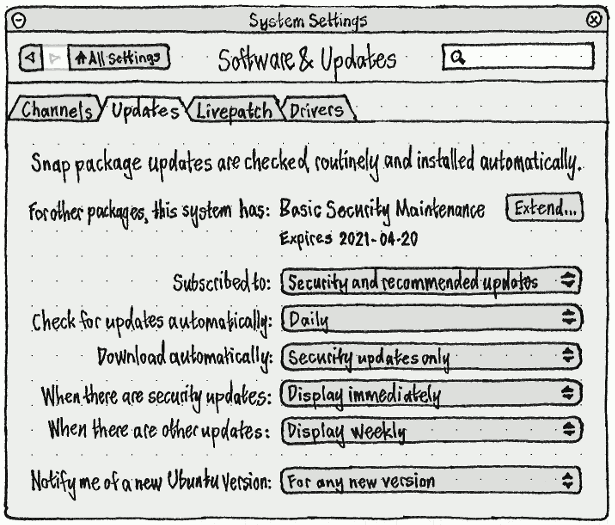 The “Livepatch” tab is described in detail at SoftwareUpdates.

The “Drivers” tab should begin with a listbox containing a progress bar (bug 1466479) and the text “Searching for available drivers…” until the search is complete.