In user testing of Ubuntu Software Center 2.0, one of the biggest problems users had was working out how to launch a program once it was installed.

In 3.0, we tried solving this with “Find it in the menu:” instructions:

But in user testing of 3.0, most people didn’t notice this.

So, I evaluated seven possible approaches for solving this in the next version: 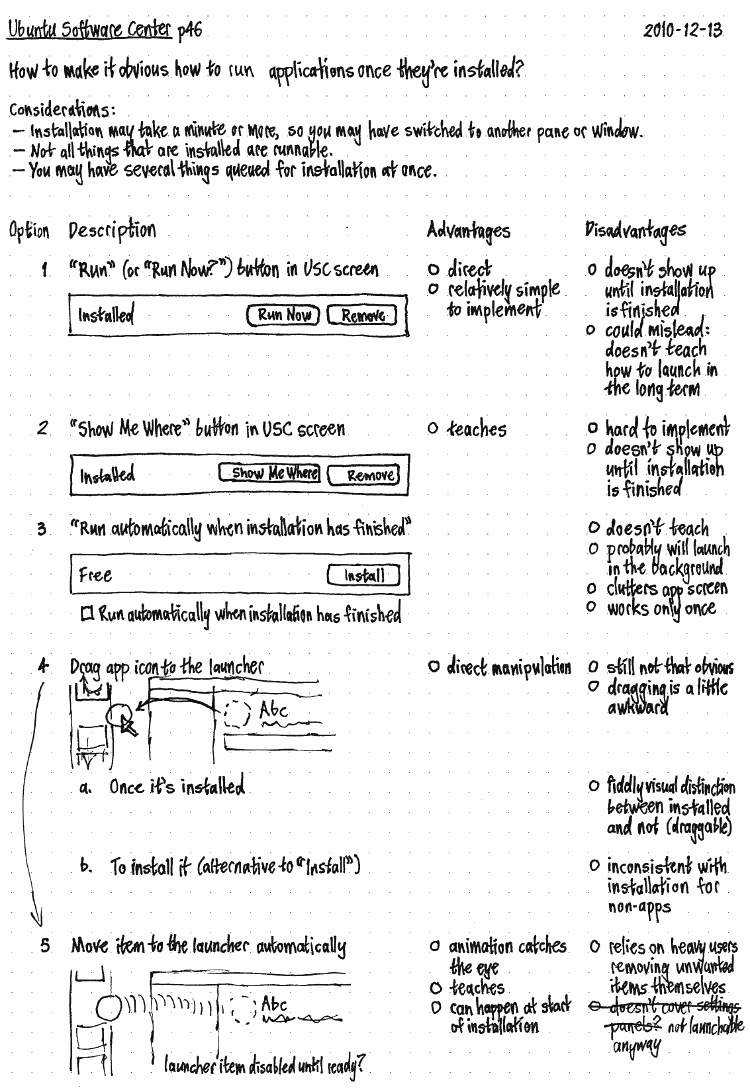 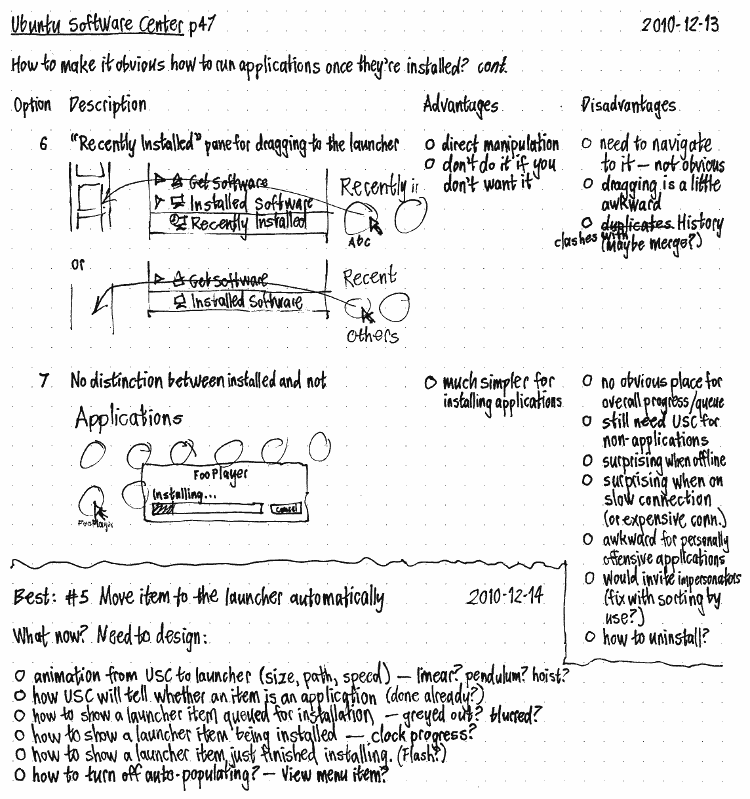 The approach with the best ratio of advantages to disadvantages was moving applications to the launcher automatically as they are installed. This is now specified in detail.