Guidelines for the creation of schedules for regular and fixed languages pack updates for stable releases will be written.

Included in the schedule should be the deadline for translation (tarball export date), deadline for testing and date of final upload of the new language pack as a regular update.

The first language pack update will lie shortly after release, to allow for quick fixes of critical translation errors.

The schedule should be available both as a wiki page, Ical-file and google calender.

As a side objective to this specification there will also be formed official guidelines for how to request a manual language pack update.

With the addition of regular language pack updates, along a fixed schedule, users can now be offered to have critical translation errors fixed shortly after release, and be offered regular updates to their language pack during the entire distribution cycle.

Having a regular and fixed schedule for the release of language packs has several advantages:

Kenneth is an Ubuntu user. He is grateful because he can use Ubuntu in his own language, and wants to contribute something back. He discovers a very ugly and very visible spelling error in the localization. Since he has installed Ubuntu immediately after release, he thinks that if he reports the error quickly, then it can be fixed quickly and then fewer people will see it. Kenneth is quite disappointed, because after some time the fix of the error has still not arrived to him, and no one can tell him when it will happen.

Ask is a translation coordinator (and in this case also a translator) for Kenneth's language. He receives Kenneth's bugreport quickly after release, fixes the issue in Launchpad translations. Ask gets frustrated because quite some time pass where the fix is not pushed, and what is even worse is, that he does not know when it will happen, so he has nothing to tell Kenneth who is getting impatient.

This proposed solution assumes only access to wiki and calendar technology. 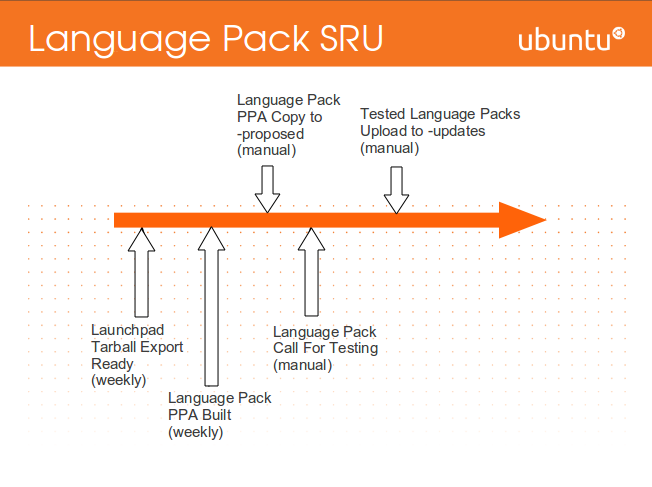 The guideline for the creation of language pack release schedules should results in two wiki pages.

The side objective to this specification, the guidelines for how to request a manual language pack update, will be formed purely as a wiki page. There is a draft ready for this page. There are a few questions that needs to be discussed and the page need to be polished and finished.

There should be a public calendar where interested translators and those in charge of publishing the updates should be able to subscribe to.

Following the example of other Ubuntu resources (e.g. the Fridge), the proposal is to use a Google calendar, but the option is open in case someone is willing to investigate and work on implementing another type of calendar

This requirements for this specification is meant to be developed during the Natty Narwhal development cycle. It is then proposed to test it on the Narwhal after its release. The success of the specification can be evaluated on user (translator) gathered feedback from the ubuntu-translators email list approximately 5 months after the release.

This section includes material for the discussion of the feature during the UDS-N development summit.

Things to consider for this specification mostly revolves around the specifics of the schedule. These include: 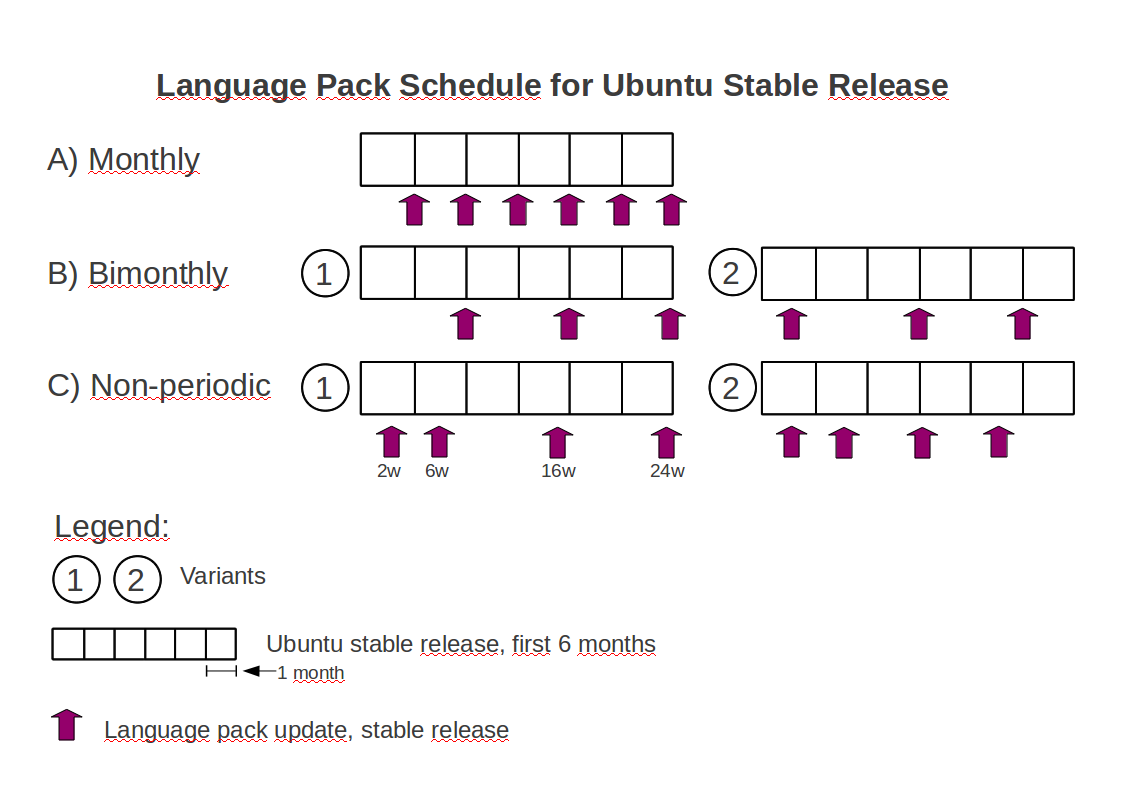