Preparing to submit a result

While performing the test, if an expected result does not occur, note it as a bug. Follow the bug-reporting instructions for the product you are testing, and report it once the test has ended. A bug can be attached to a 'passed' or 'failed' result, and testcases can have multiple bugs.

If a bug was encountered, check the “Bugs” section above the submit form to see if the bug is a duplicate of one already reported against the testcase.

The list contains previously encountered bugs found during testing this testcase. Roll the mouse over the bug icon to see the information, or click to be taken to the report on launchpad. If the bug is found to be a duplicate, note the number of the bug and use it during your report.

If the bug was not a duplicate and a new bug needs to be reported, follow the instructions found under the 'Link to bug reporting instructions' for the iso.

A testcase can have unexpected results, but still pass. Generally a passed result can be issued whenever each step in the testcase is able to be executed (even if the results don't match the expected result) and the final result matches the intent of the testcase. If in doubt of whether or not the bug in question represents a testcase failure, report the bug and file the testcase as 'failed' with a comment regarding the confusion. Ask for help on the mailing list for confirmation from someone else on the team.

An example of a failure result submission. Note that a bug number is required to submit a 'failed' result. 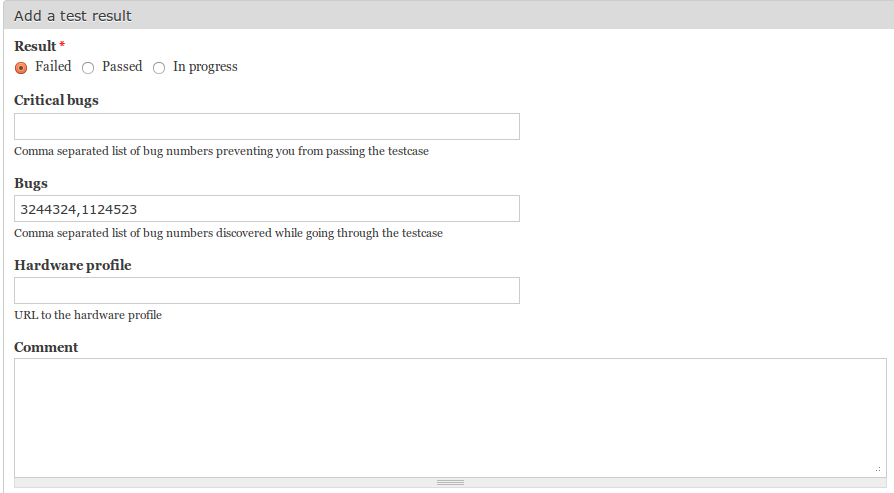 An example of a passed submission. 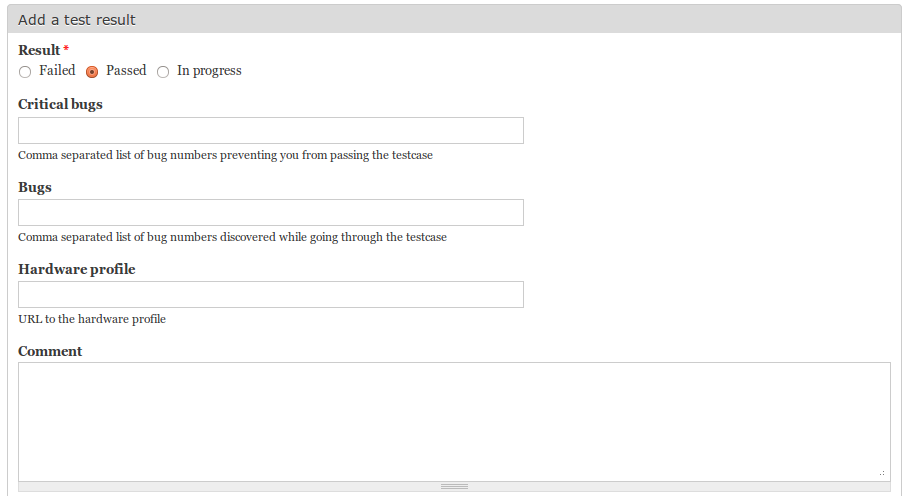 Congratulations, the result has been submitted! After submitting the result should appear in the list below the testcase.

If editing is needed, select the 'pencil' icon in the row of your submission to edit the testcase or delete it.

Further testcases can now executed and reported against. Explore other testcases and submit results. If unable to understand or execute a testcase, seek help on the mailing list. Happy Testing!