On Android, media decoding is provided by a separate Media Service process which provides audio and video decoding.

Syncing over USB and Bluetooth U1?

Applications don’t control which output they are on, but get notified of the new display properties. This will also affect media playback.

Not covered by this spec, but see Ricardo Salveti’s spec on audio input + output selection and plug detection. 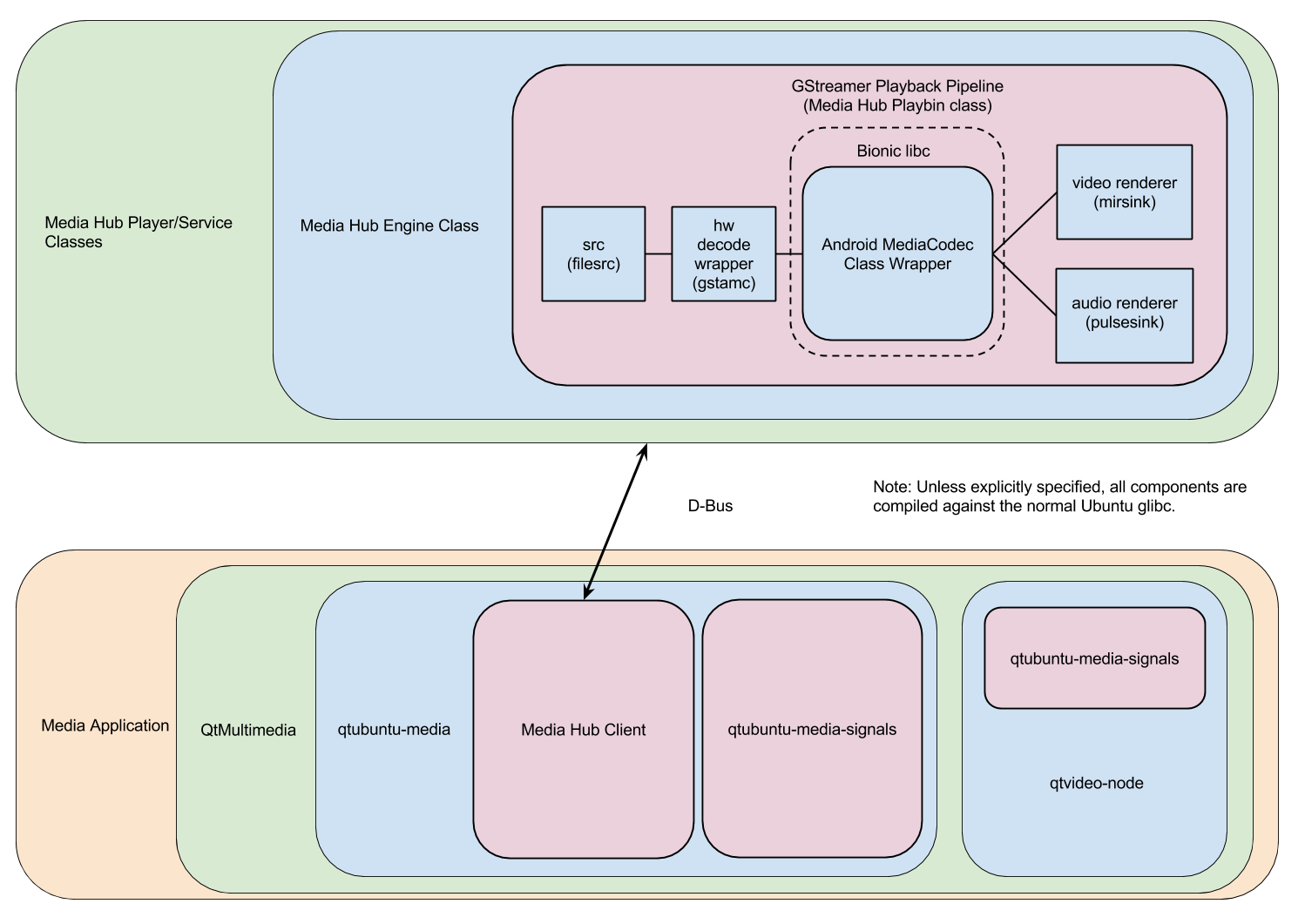 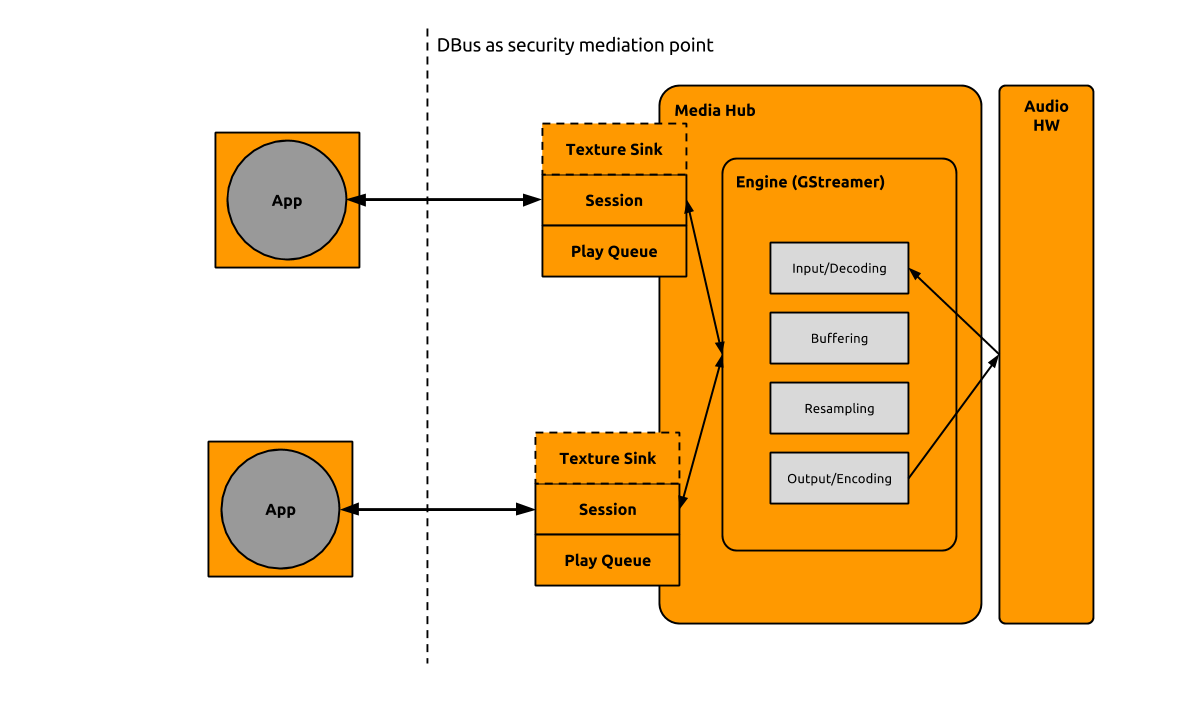