Differences between revisions 48 and 50 (spanning 2 versions)

To keep track of the changes in the Ubuntu Desktop Course, we are using Launchpad and Bazaar. If you prefer, you may contribute your requested changes through the Wiki tasks page. Bazaar is a "version control system." You can think of it as a big UNDO button for your own work, but also a relationship counselor for files. In other words: it is a tool that allows you to integrate changes made between many different authors, and also one that allows you to UNDO mistakes. The command line utility for Bazaar appears to be the most stable at this time; however, you may wish to try one of the other programs listed on http://bazaar-vcs.org/Download.

2. Download the source files for the course from Launchpad

In this step you will download the source material for the course. This command will download approximately 500 MB of data. It will store the course in a new directory called, "ubuntu-desktop-course."

That was easy, yes? If you wish to use a different name, simply add the new directory name at the end of the line, like this:

3. Edit and change the source files

Use any editor you like that supports editing of DocBook XML.

At this stage you might also update or replace screen shots. As long as the file name stays the same, it will automatically be included in your updates. If you need to add new screen shots, please consult the team before proceeding.

5. Tell Launchpad who you are

For the next step you will need tell Launchpad who you are. There is a detailed tutorial on https://help.launchpad.net/YourAccount/CreatingAnSSHKeyPair. You only need to do this step once, but it will take a few minutes to complete. ... Now that you have connected your Launchpad account to your computer, you must also tell Bazaar about your Launchpad account:

Of course you don't really need to use a "codename." This is the name of the branch that will be created for the Training Team to merge in your changes. You can be descriptive here (but using only letters and hyphens). For example, your CODENAME might be: revised-ch1. Please note that a CODENAME is really a "branch name."

7. Notify the training team of your new branch

Navigate to your page of code contributions. It will follow the URL format of https://code.edge.launchpad.net/~YOURLAUNCHPADNAME. Select the branch you just uploaded and follow the on-screen instructions to "Propose for merging into another branch."

If you are not using OpenOffice.org to make your changes, and you would like to create a PDF to proof read the course, you will need to install more tools. The following packages are required to convert XML to : docbook-xsl, xsltproc, dblatex, make and bzr. You can install these using the command line ("sudo apt-get install ...") or the Synaptic package manager.

You can install the ubuntu-desktop-course-devel package, which is hosted in the ubuntu-training team PPA. Installing this package will bring in all the bits and pieces you need to build the courseware from DocBook source. See https://launchpad.net/~ubuntu-training/+archive for the actual package and repository information.

into another language (in collaboration with others).

(*) If you don't have a public rsa key then create one with the command "ssh-keygen -t rsa".

Login into your launchpad account, go to the "Overview" page of your account and choose "Update SSH keys" from the "Actions" menue. Insert the contents of ~/.ssh/id_rsa.pub into the textbox and click on <Import Public Key>.

Example 1: Linus is the first one who starts translation into Finnish:

Example 2: Marie Curie is the third one who starts translation into French (Paula Couvert was the first one):

with a little help from the UCK (Ubuntu Customization Kit).

Open a Terminal window (Applications -> Accessories -> Terminal) and type in the command uck-gui. Answer all the questions the uck-gui asks you...

When the uck-gui asks you "Do you want to customize CD manually during build" then answer "yes"...

When the "Please choose customization action" window appears then let it untouched.

Instead open another Terminal window (Applications -> Accessories -> Terminal) and type in the following commands:

Get back to the "Please choose customization action" window, select "Continue building" and klick on <OK>...

After a while you will find the remastered ISO-Image file as $HOME/tmp/remaster-new-files/livecd.iso (780 MByte).

Burn livecd.iso on a DVD(*) and then boot from this DVD...

You will see an "Ubuntu_Desktop_Course.pdf" icon on the desktop. Klick on the icon to open the Ubuntu Desktop Course.

(*)BE AWARE: If you want to burn livecd.iso on a CD the size of the file has to be less than 700 MByte. To achieve this select "Run package manager" in the "Please choose customization action" window of the uck-gui and remove some software packages you don't need.

Note: This folder has special significance in that if it exists it will be pre-pended onto the search path. This means if scripts/commands exist in this folder it will be possible to execute them from anywhere. 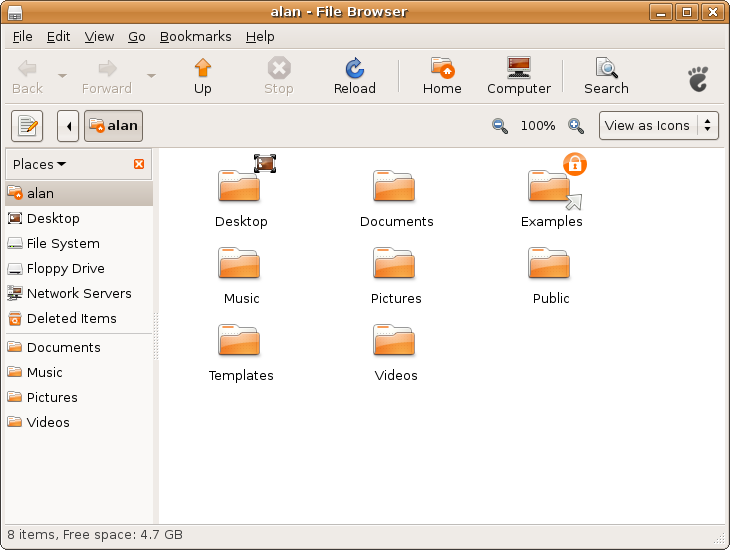 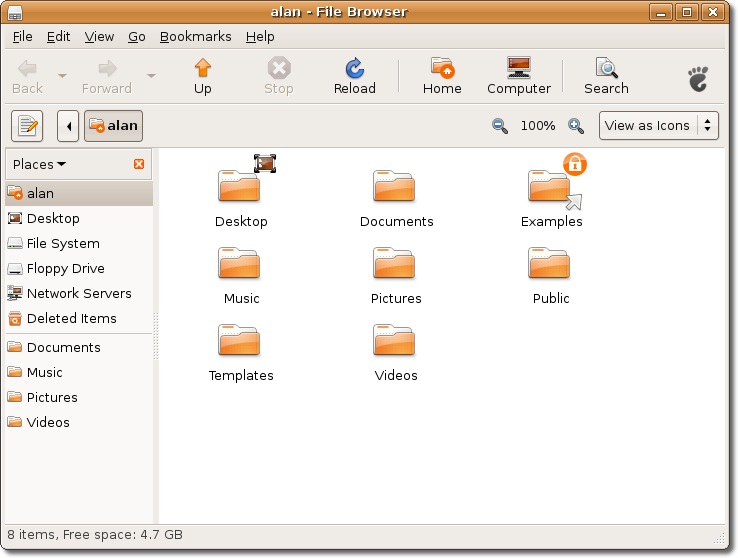