UbuntuCommonHooker aims to provide an interface for unknown file types and to automatically install required packages when needed.

New users find it difficult to find programs that open particular file types when there are no installed default viewers for it.

Eduard is a schizophrenic, however his only obession and a way to calm him down is listening to "Veronika Plays Piano, volume 1" which is encoded in MP3. Veronika is his friend who recently got a copy of Ubuntu, and tried it on Eduard's computer. However, Eduard just found out that he can't play his MP3's.

Dr. Igor uses ".rar" extension to compress his research, however, Villete decides to migrate to Ubuntu. But when Dr. Igor tries to open "Vitriol.rar, and Zedka.rar", it says "Error cannot open file!"

Okonkwo tried Ubuntu for the first time, however, when he tried to open "Wrestling with Amalinze.mpg", he is prompted that "there are no codecs available to view this file", However, Okonkwo's father Onuka had no problems opening .mpg files, but Okonkwo doesn't like using Windows like his father did.

The software will support the following file types:

It will automatically install the necessary applications to view those particular files.

The software will be linked to those particular file extensions, (e.g. Open With), and will have a gnome-settings-default-applications icon. 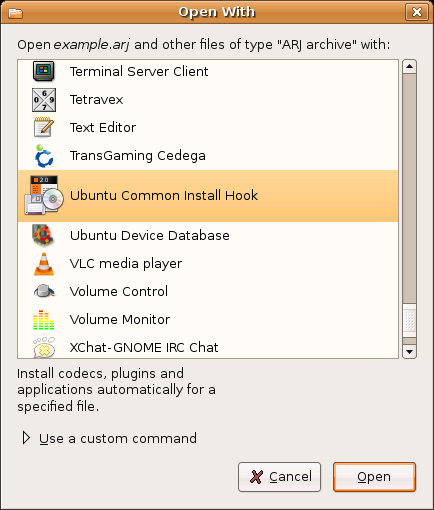 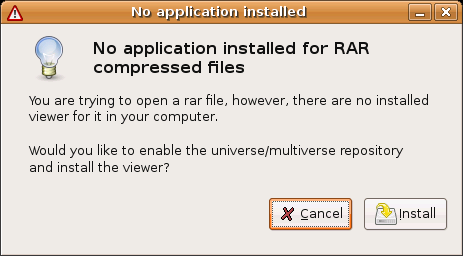 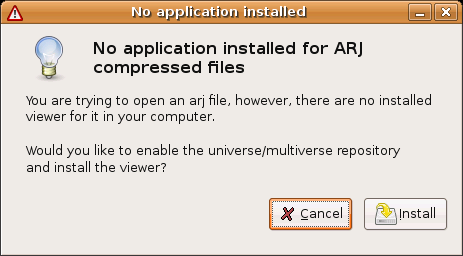 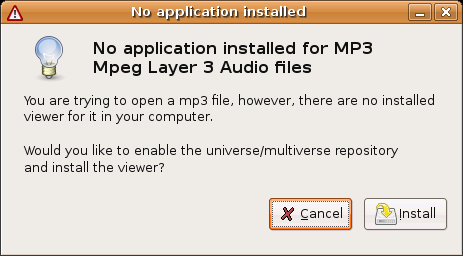 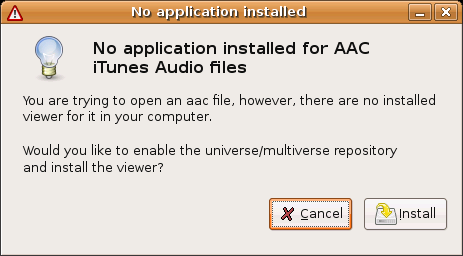 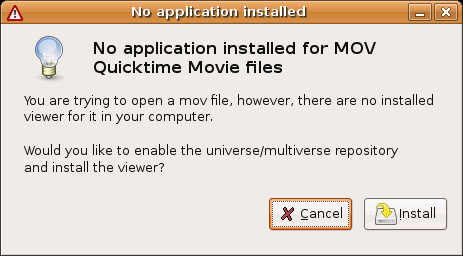 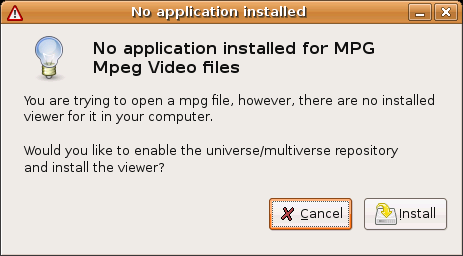 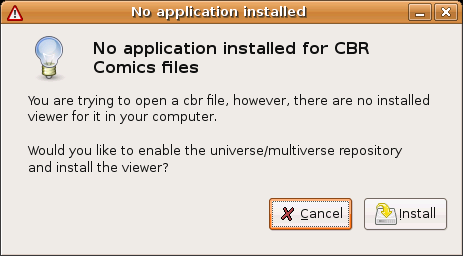 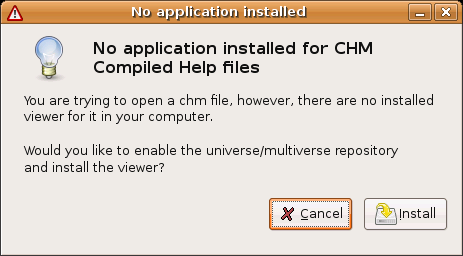 The software will determine a particular file by it's file extension, expected input is not case-sensitive, that means, .ZiP, .ZIP .zIP will be automatically identified as well as .zip.

(Comment: Wouldn't it be easier and maybe less error-prone to use the magic number instead of the extension, like GNU file does?)

The original file will not be over written.

It will prompt the user to enable universe/multiverse repository, that will install non-free and commercial applications, a user will manually enable those repository, via software-properties.