This is a very short Quick-Start Guide and review for installing Ubuntu Feisty Fawn on an Intel Mac Mini. Feisty is the first Ubuntu distro to integrate some bleeding edge proprietary drivers and a very useful Restricted Drivers Manager, so, the installation is straight away if you follow this guide. You don't need any computer ability to achieve a perfect result. Hope you enjoy it.

First of all, hardware specs of the Intel Mac Mini I own and used for this installation:

If you have the powerfuller version of this machine, don't worry. It'll work OK, the basic specs are the same.

To install Feisty Fawn on this machine or in the superior one, you need only the following software:

And now let’s start working, just follow these steps in the right order:

Let's see some illustrated steps to partition your disc:

The games are completed, the mini little guide is almost over and you’ve got Ubuntu installed on your Mac Mini!

The hardest thing is… that after some days you’ll want to dedicate the entire Mac's disk to Linux!!

In your Intel Mac Mini you've got one of the best 3D cards around for the Linux world. An Intel Video Card. It is not surely as bleeding edge and powerful as an Nvidia or an ATI, but, hey... the drier is Opensource, you'll never have problems with it and it is super fast with Linux. So, if you like fireworks, let's burn some. If you like Compiz (Very basic effects), you can simply activate it using the new Feisty Desktop Effects: 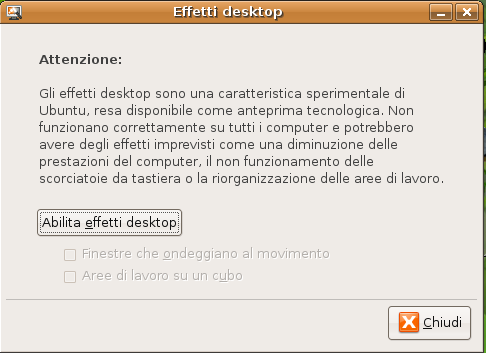 Turn it on and here you go. You'll just have wobbling windows and the rotating Cube. If you prefer to have tons of more effects and productivity functionality, as well as thousands of useless but wonderful eyecandy (To show off Ubuntu to your friends and have them saying a big: "WOW!"), you need Beryl. So, first of all turn off the desktop effects and then: 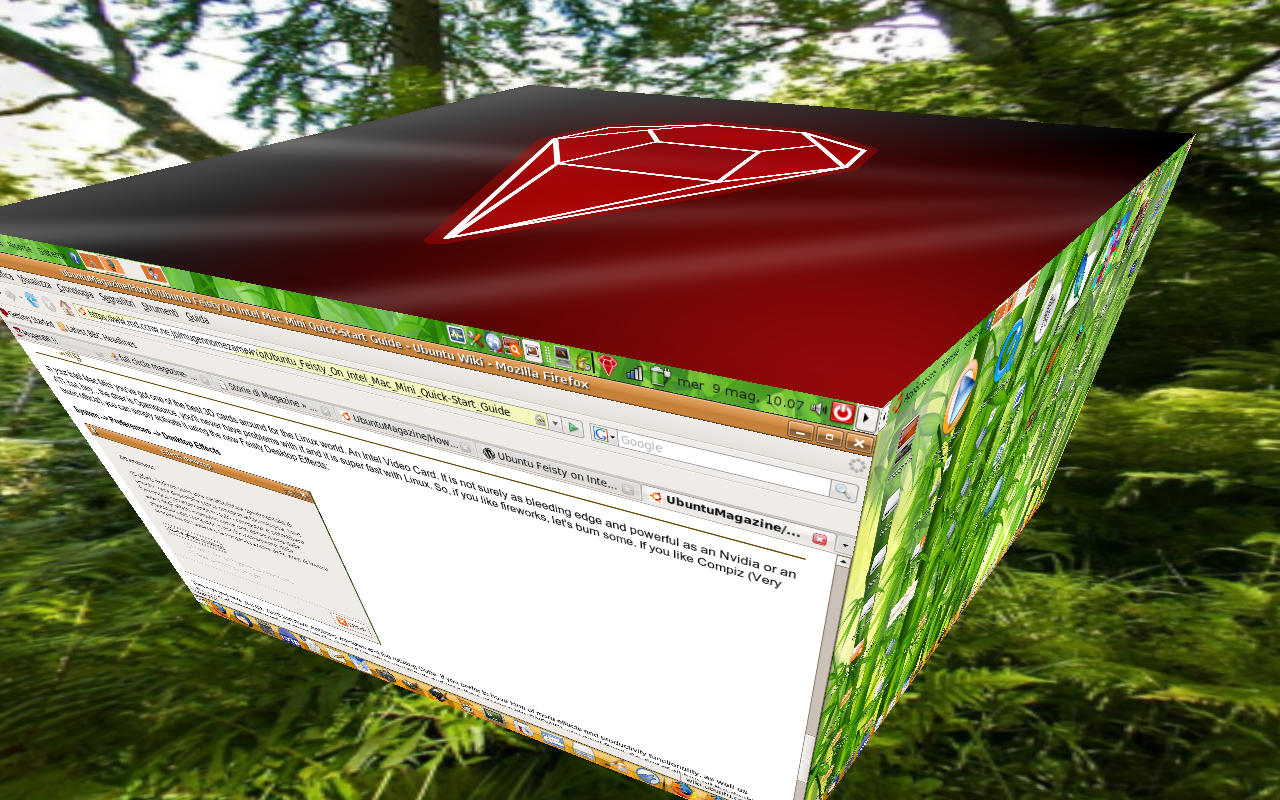