The Kurdish LoCo- and Localization team was happy to present Ubuntu 6.10 as the first Kurdish operation system on November, 19th in Diyarbakir/Turkey. Unfortunately some days later a state prosecutor lauched an investigation against the host of the event, Mayor Abdullah Demirbas for his announcement of future use of the free operation system in the Kurdish language for municipal services.

After 2,5 years of work on the translation of Ubuntu 6.10 had reached a level of usability that allowed us to call it a "Kurdish" distribution. We modified the orginal CD with the Ubuntu Customization Kit and added the complete Kurdish language support to enable the full language experience even without an internet connection. As there is no Kurdish Windows, Linux is the only operating system available in Kurdish now.

On November 19th, 2006 the result of our efforts was presented to the public with a cocktail in Diyarbakir, the largest mainly Kurdish inhabited city in Turkey. The event was hosted by Abdullah Demirbas, mayor of the Sur district ("inside the walls"), who had been supporting the project for a while. (The Diyarbakir city walls are said to be the second largest wall in the world after the Great Chinese Wall. )

The Event took place in a grand hotel with 400 invited guests. Ubuntu was presented on a huge screen, and on several computers everybody could try out the system. Among the speakers during the presentation were the prominent Kurdish novelist Mehmet Uzun, Osman Baydemir, a leading politcal figure among Turkey's Kurds, and host Abdullah Demirbas who emphasized the importance of multilingualism in his municipality. 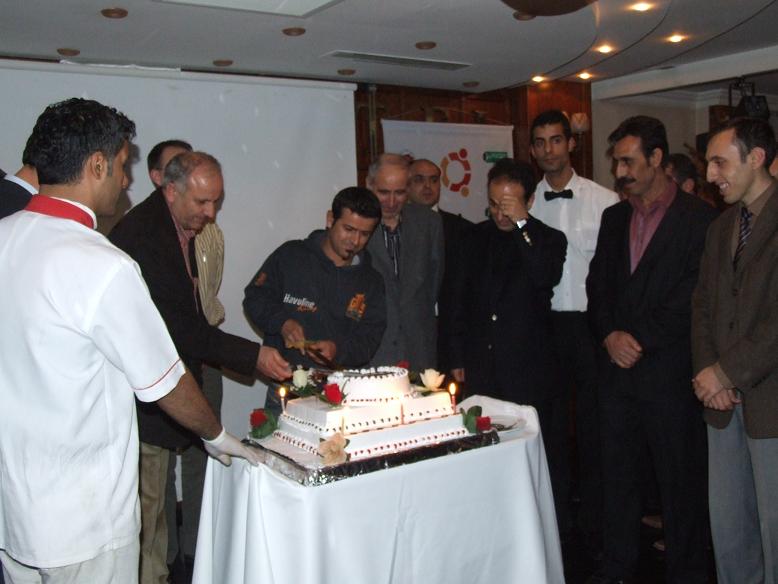 Turkish national TV channels and newspapers covered the event. About 1000 Ubuntu 6.10-CDs were distributed during the event, and because of the huge interest another 2000 were ordered immediately the day after.

On the next day our LoCo team installed Ubuntu on many computers in the city, mostly in dual boot mode, and plans were made for a further promotion of Ubuntu and free software.

So this might have been a plain success story - but unfortunately a state attorney general cast a long shadow on our project: Abdullah Demirbas, the district mayor and our host, faces a criminal investigation because of his involvment in our activities to promote Ubuntu and free software.

Though we are not yet sure about the exact charges, it seems likely that his announcement of future use of the free operation system in the Kurdish language for municipal services and in bureaus has prompted the reaction of the prosecutor. Demirbas is facing many courtcases for similar reasons, among others for publishing a bilingual Turkish/Kurdish book with children's games. There had also been a courtcase because of his concept of a multilangual municipal service according to European standards. The prosecutor wanted to imprison him for 1-3 years, but Demirbas was acquitted of the charges.

We will nevertheless go on to promote free software for everbody in his or her mother language.