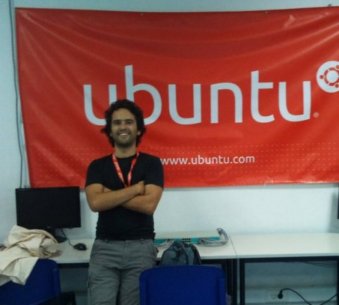 My name is Tiago Carrondo and I have been an IT trainer since 2005. In the past 8 years I have taught a lot of uninteresting subjects, but since 2008 most of my work is based on Ubuntu (Desktop/Server). My story with Ubuntu started with BreezyBadger thanks to my friend Paulo Abreu. As I am not a programmer, most of my contribution effort resides in translation, bug reporting and field work on the Portuguese LoCoTeam.

My contributions are divided in several projects/activities:

I'm a member of the Portuguese LoCoTeam and I have been involved along with Ana and Flávio in activities such as:

I was an instructor at the UOW in October 2011. I have made the presentation: Advanced dualboot (Win/Ubuntu) config sharing a lot of stuff!

As a part of my LoCo team work I am responsible for the System76 free stickers distribution in Portugal.

Recently, I have started to collaborate with the Ubuntu Weekly News Team in summary writing task.

Everyday, I advocate Ubuntu's qualities and capabilities with people surrounding me. I always have a free Ubuntu CD in my backpack to offer so that people can try some good software. 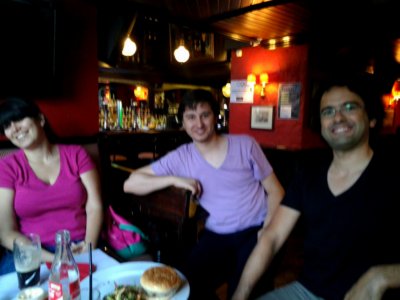 LoCo regular meeting. From left to right: Ana, Flávio and Me. Jaime taking the photo. 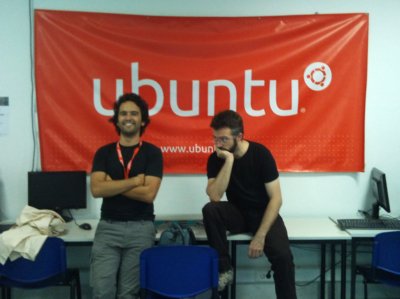 Event called "Semana aberta" organized by me and some of my trainees. In the photo: me and Miguel (LoCo member and a speaker in one of the sessions.) 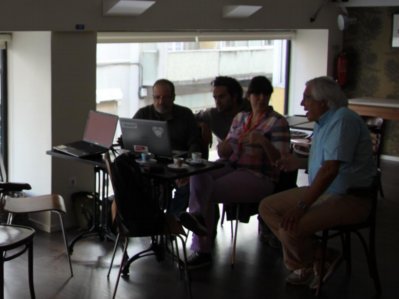 Ubuntu 12.10 Release Party From left to right: Jaime, Me, Ana and Manuel 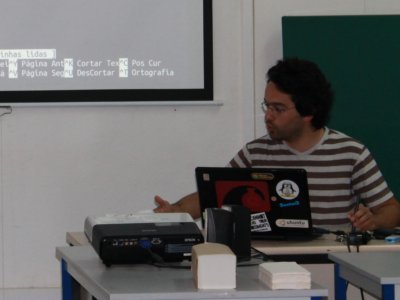 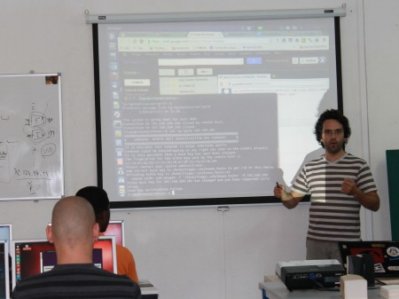 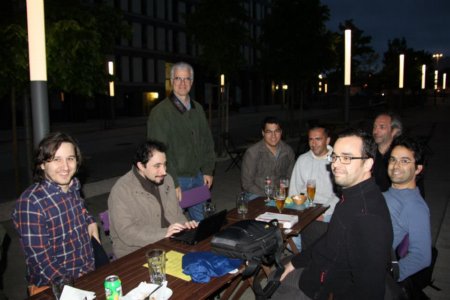 Tiago is an exceptional representative of the Ubuntu team in Portugal. He volunteered to distribute free 'Powered by Ubuntu Stickers" and Ubuntu Key stickers to the Ubuntu users in Portugal. Tiago took the time to write System76 and request the materials, as well as fulfill requests weekly. Tiago is strongly devoted to spreading Ubuntu and is an asset to the Ubuntu Portugal LoCo Team. We appreciate his help and contribution to the Ubuntu Community and would love to see Tiago Carrondo recognized with Ubuntu Membership." -- Emma Marshall on Behalf of System76, Inc.

Tiago is a very enthusiastic and active member of the Portuguese LoCo team. His contribution as an Ubuntu advocate in Portugal has been important for the growth of the LoCo team: he has been involved in the organization of several events, gives introdutory talks about Ubuntu, helps with installations and other members questions, etc. Therefore, as a witness of his participation in the community, I strongly recommend Tiago as an Ubuntu member. -- Ana Figueiras

I worked with Tiago, from 2008 until 2012. Tiago is a formidable Ubuntu/Linux teacher. He is really an enthusiast of all Ubuntu software. What I saw Tiago do with Ubuntu and Ubuntu Server in the teaching level is what I would call a revolutionary teaching work in Portugal. I worked with several Linux/Ubuntu teachers and no one was at is level of knowledge or expertise. I recommend Tiago as a true Ubuntu expert and mostly as an Ubuntu evangelizer. -- Fernando Belo

Tiago introduced me to Linux back in the University days. Since then I became an Ubuntu/opensource user and fan. When I have questions or need help to fix something he is always available. He as been an amazing Ubuntu spreader. In his website and social pages we can read the latest news and learn about tricks, tweaks and software to have a better Ubutnu experience. He he is also very active in the Portuguese Ubuntu Community. As an IT trainer and teacher I understand his great skills and commitment to spread Ubuntu and open source formats to our antiquated school system. The Portugese Ubuntu terminal should have an SOS manual: man Tiago. -- Pedro Martins

I can vouch for Tiago for Ubuntu membership. He is one of the most active members in the Ubuntu Portugal Local Team and has been speaking at events about Ubuntu and free software. He is also always bringing new converts from the IT classes he teaches. +1 Flavio Martins

Hi, More or less a year ago, when I started to use Ubuntu in my home computer, I met Tiago through the Ubuntu-PT mailing list and it was a nice surprise to notice that we live nearby. He his a really cool guy, very supportive and knows a lot about Ubuntu. I use Ubuntu mainly for writing using LibreOffice (and I write a lot). Besides that I use Internet and do some work with images using Gimp and Shotwell. Obviously I am not a geek, and when guys like me need and ask for help, Tiago is always there to aid us in solving our problems and making things easy with Ubuntu. I have no doubt in saying that if in Portugal someone deserves an Ubuntu membership, Tiago is the guy. He sure has the Ubuntu gene - Orlando Figueiredo (orlandofigueiredo@pensatempos.net - www.pensatempos.net)

Tiago is a Ubuntu evangelist that has been helping current users through the mailing-list and new users to learn about Ubuntu, Free Software and our great community. He's been a great part of the Portuguese team and I have no reason to believe his initiative, idealism and work will stop anytime soon - João Neves

It has been a joy to get to know and collaborate with Tiago on Ubuntu related topics, ideas, and projects withing the community. He has started helping with UWN recently and always excites me to see new people working on this important aspect of the community. He promotes Ubuntu with passion, energy and a sincere belief in Open Source and its philosophies. He isn't afraid to try new things and share his knowledge but more importantly he knows when to ask for help. I echo the sentiment of those from the Portuguese LoCo team when they say, "Tiago is a great Ubuntu Community Member," and second the motion for him to become an Ubuntu Member. -- akgraner 2013-06-07 18:10:57