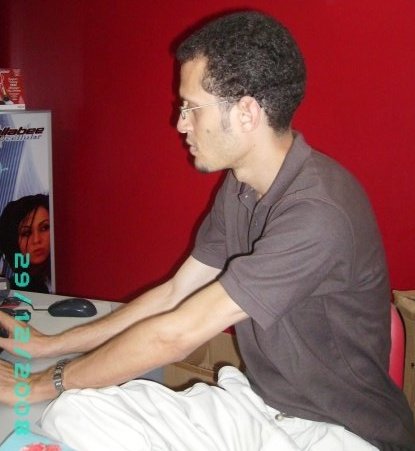 Hi my name is Kurt Belgrave. I live on the twin isles republic of Trinidad and Tobago, my timezone is UTC-4. I am a Freelance ICT Technician: Computer upgrading, Repairs, Building, Networking and Sales of components. Started using ubuntu in 2009 and decided to get involved with the community in 2010. I am a part-time student doing a BTEC HND in Computing and Systems Development.

Contributions to the Ubuntu Community

Since 2009 i have been Using Ubuntu / Samba along with the sbackup packages to create a very simple NAS (Network Attached Storage) Servers. Since that time i have grown to include a ubuntu based server as part of my maintenance proposal when i approach new clients. Here are a few of the clients that are using Ubuntu based servers that i supplied and maintain:

As part of the marketing of my ICT support company (MICROMIX) i would be honored to print Ubuntu Business Cards to Showcase Ubuntu to new corporate clients that would want to make sure that i am recognized from Ubuntu.

Searching the LoCo teams list wiki-page and not seeing a team for my country,i began my quest elsewhere (I came back and entered my team info here at a later date but by that time the loco directory was in full swing) I eventually found the Trinidad and Tobago LoCo Team mailing list( and wikipage).I emailed the list and started to work on the Loco Guide to complete the team as it was mostly inactive.

Started with editing the wikipage and set about requesting the ubuntu-tt.org subdomain to be redirected to our wikipage (thanks to jpds i believe).


I then created the Launchpad Team and added the first member (anil) since he carried the team so far on his own. Around this time he made me the Mailing list moderator also.

The year Ended with 18 members to the launchpad team.

Basically a Bug-jam. Introduced 5-A-Day and bug triage guide to 4 team members. worked on bugs without a package name. 3 of the members made launchpad accounts for the first time.

I got involved with the ubuntu community after seeing krono's name popup wherever ubuntu and trinidad met. We met a few times to discuss ubuntu and the overall status of open source in our country. I decided to get invloved with the ubuntu tt movement because krono is still the only free software guy I know who is actually engaging a comunity. metasansana

I found Kurt when I was planing a travel trip to Port of Spain back on the bigging of 2011, when I travel I always try to meet people from the local free software community, and the only name that I could found was Kurt's, so I wrote him an email and we met and talk about free software.

I think he is very enthusiastic about free software, he told me that is pretty hard to change the mind of the people regarding free software when everything that the local education teach you is private software, this is a common problem and he was trying to teach people about free software using ubuntu, creating a local community and trying to motivate the local people to get involved in the development of free software. Since there I can see that there is more people from trinidad comming to the ubuntu local community, I stayed on their IRC channel and see that a very small but strong community is being build there, this not happen by itself, is the result of the efforts putting there by Kurt, so I believe that he can is already good asset for the whole free software community.

I am a new member of the whole Ubuntu and Debian development/contribution scene. I'm not yet very active, but I was mostly forwarded here by Trinikrono, and he is the one who urged me to create a launchpad account, etc. He seems forthright, and has a drive which will be useful in ensuring that progress is made locally.

As an individual, and a visionary to guide the local scene, I'd recommend him highly. ~~ LatentPrion@gmail.com

Krono is extremely active in the T&T LoCo and is always willing to aid our members in solving whatever troubles they may be having both as they migrate to Ubuntu and with issues that crop up while they get accustomed to using it. Not to mention patiently teaching us about the many ways in which we too may give back to the community. I fully support Krono in his bid for Membership. -- Anaala minenorin@live.com

I have known Trinikrono, for about six years preaching the virtues of unbuntu asking us whether we tested the new version he has been the guiding light in the ubuntu community here in Trinidad and Tobago helping us when we get stuck and when we have bugs I think he loves to triage bugs he is by far the best person to choose as a member. palladin35y@yahoo.com

Kurt is an exceptional young man. From the first time i meet him. We were in an Internet cafe and his Introduction to me was .... Would you like to contribute to the Ubuntu community? It is a great way in giving back what we got for free..... share and support Open Source. By those words from him, a stranger at the time, was a humbling experience. He made me understand this is not about money but a team effort and everyone is needed. I Fully support Trinikrono for Ubuntu membership. He derserves it--- afiya.bowen@gmail.com