The next version of Windows (while using the wayward workaround of launching parts of the OS first in order to show it) will finally have an elegant and graphical boot menu for selecting operating systems and repair options. Yet here, our bootloader still has shades of DOS, even though it has been recently overhauled under the hood with the much more powerful GRUB 2.

Because Ubuntu is aimed more at a general audience, a more user-friendly and comfortable interface for boot and recovery management would be beneficial in making such tasks less daunting to initiate, and making elements from Ubuntu's current visual style easier to incorporate at all stages of the boot

I have mocked up a potential workflow: 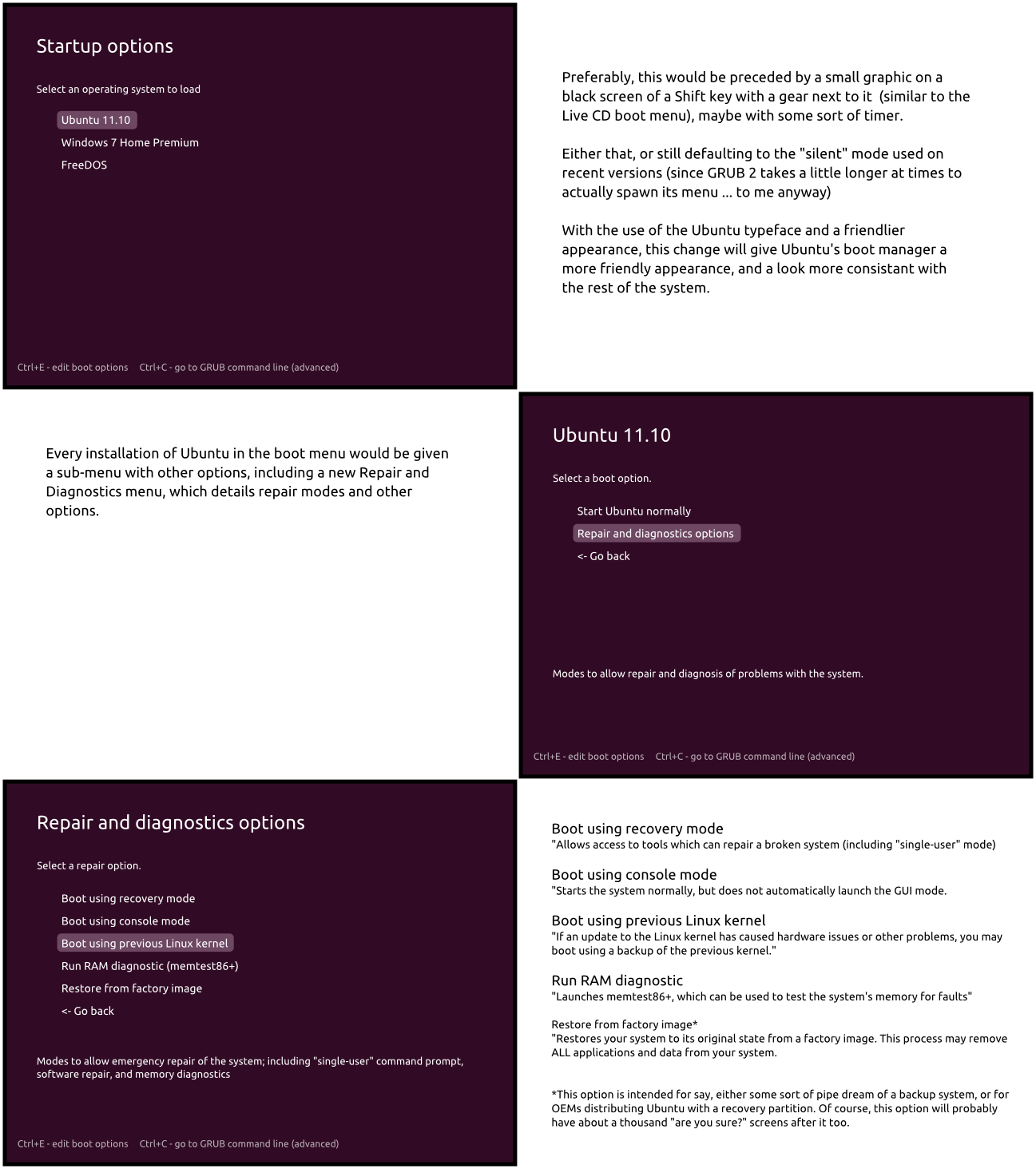 We would definitely have to rig a GRUB 2 theme. There may need to be ways to implement a more graphical, yet still non-X based recovery menu.