Photos from the LCA2011 Open Day

This is a page to collect photos from the LCA2011 linux.conf.au Open Day and of course focussing on the Ubuntu presence there.

These photos have all been contributed by KateStewart who kindly took lots of pictures to ensure we documented the efforts of those involved.

Well we had to start somewhere, this is JaredNorris helping to set up the stand for the day. 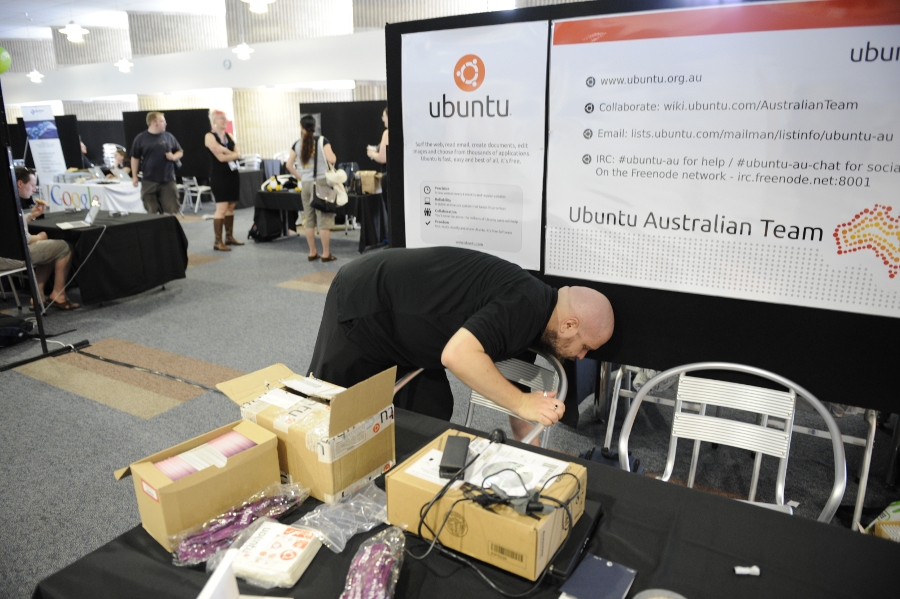 Still setting up but nearly there! JaredNorris and CaryB trying to make it all look presentable. 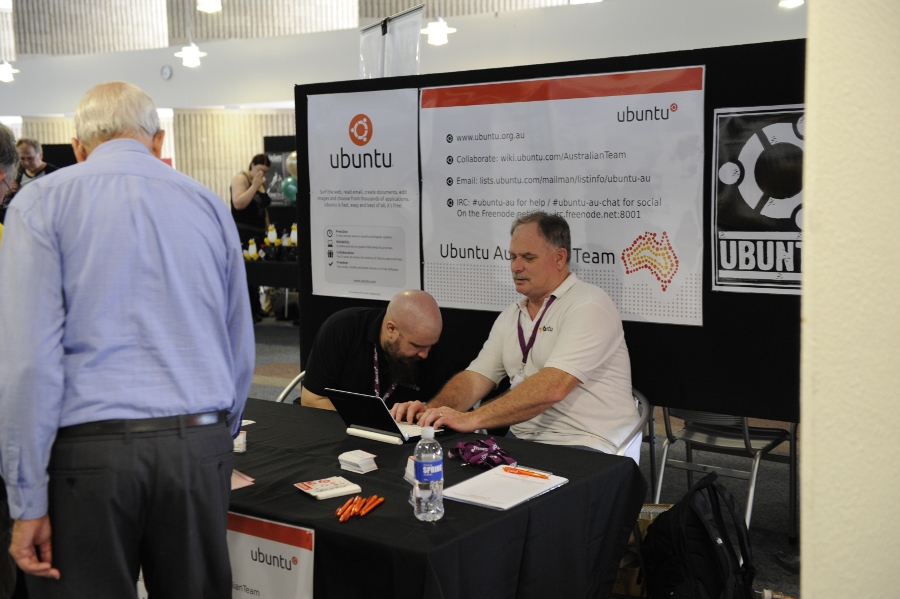 These two gentlemen were the first people to approach the stand. We talked for a while about boot issues they were having with Ubuntu. 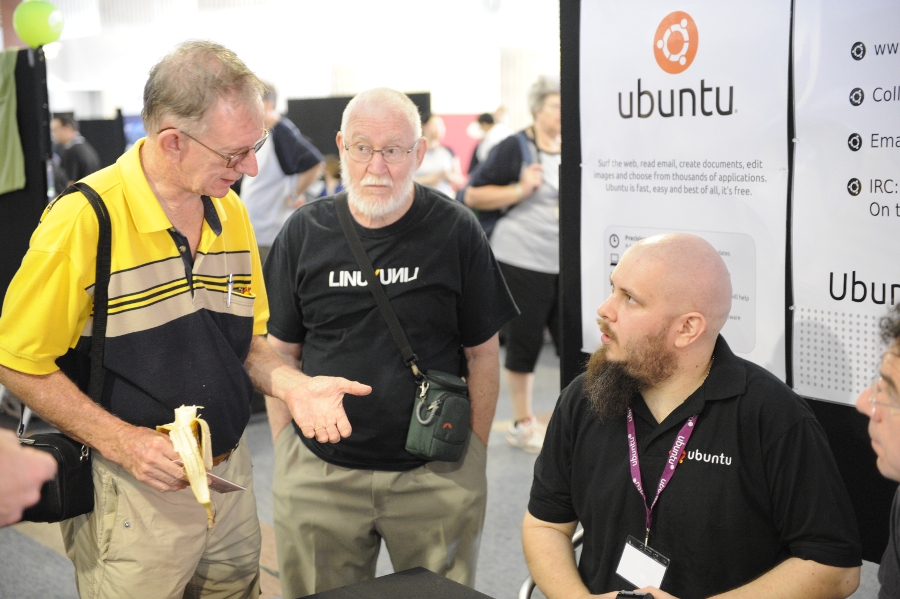 This is Hugh deep in thought - still talking to and assisting the previous two gentlemen. 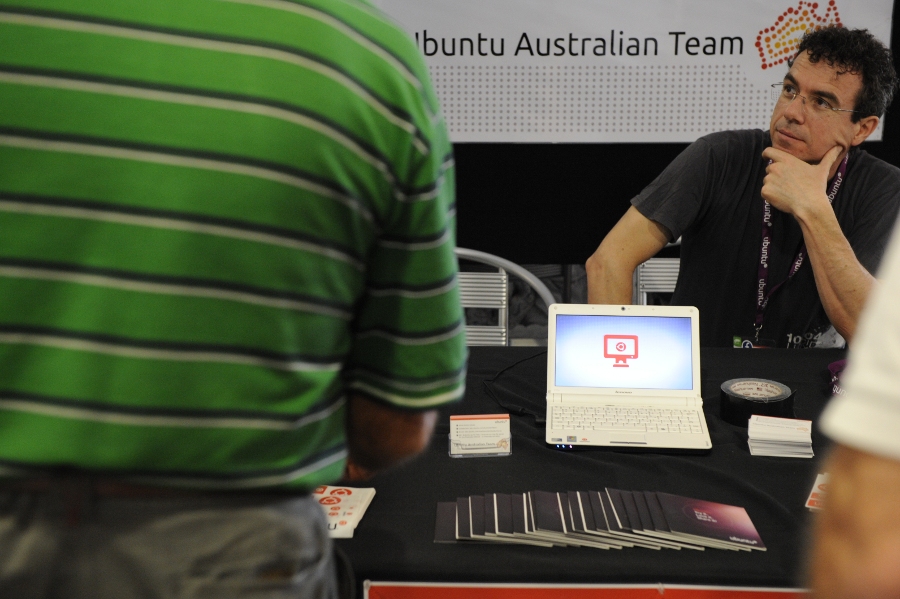 KateStewart and JaredNorris smiling for the camera. 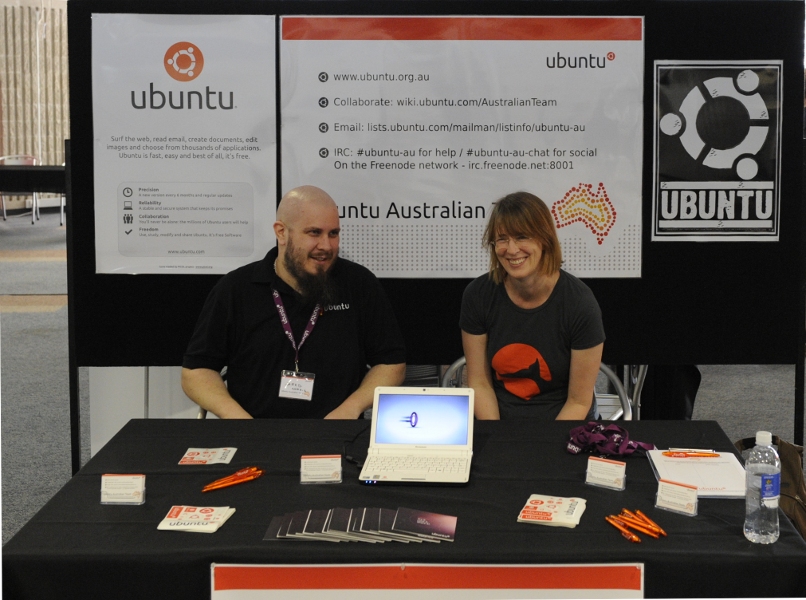 Hugh's rocket from the LCA2011 Rocketry Miniconf adorned with Ubuntu stickers and ready to be launched. 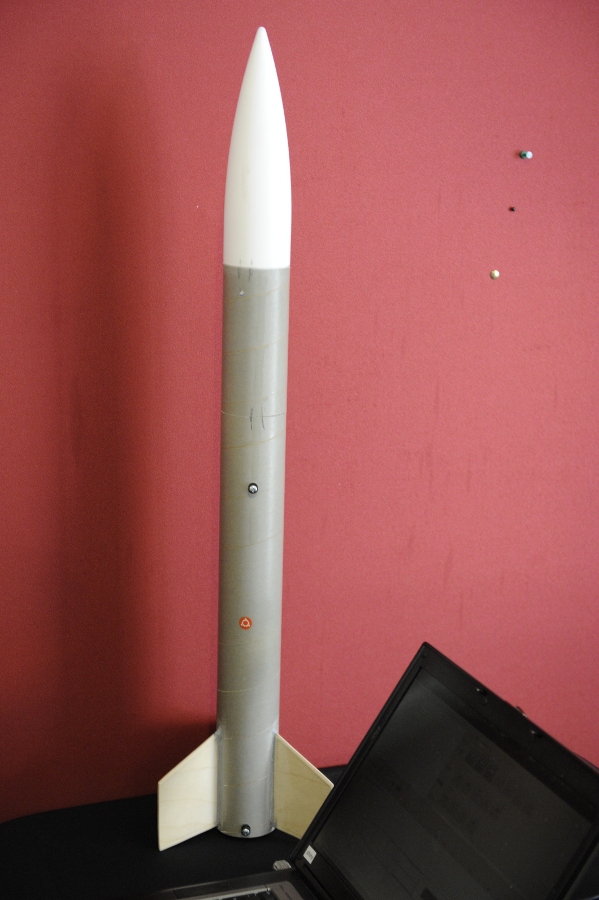 Showing How It's Done

AndrewSwinn showing an attendee how to navigate the Ubuntu Netbook Edition. 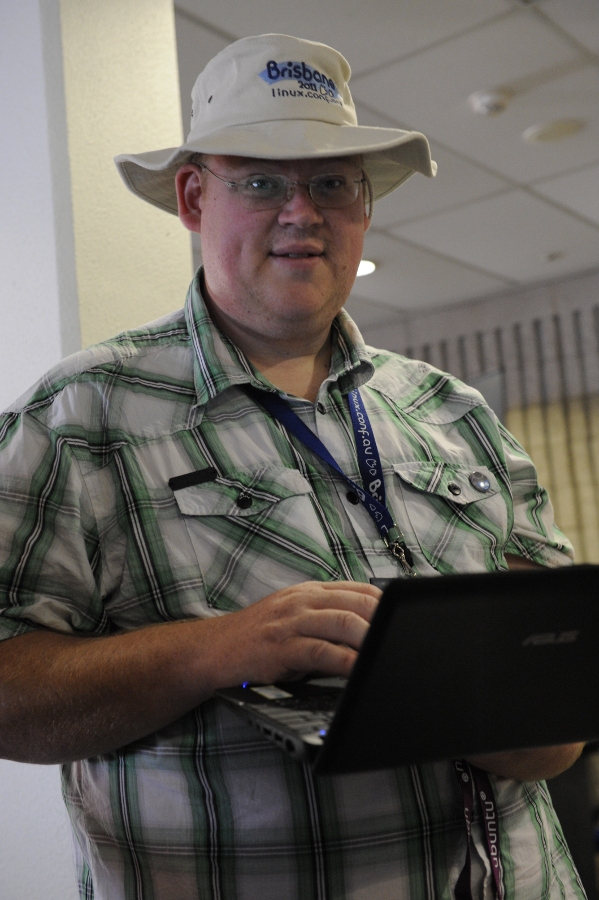 A birds eye view of the Ubuntu stand at the conference. 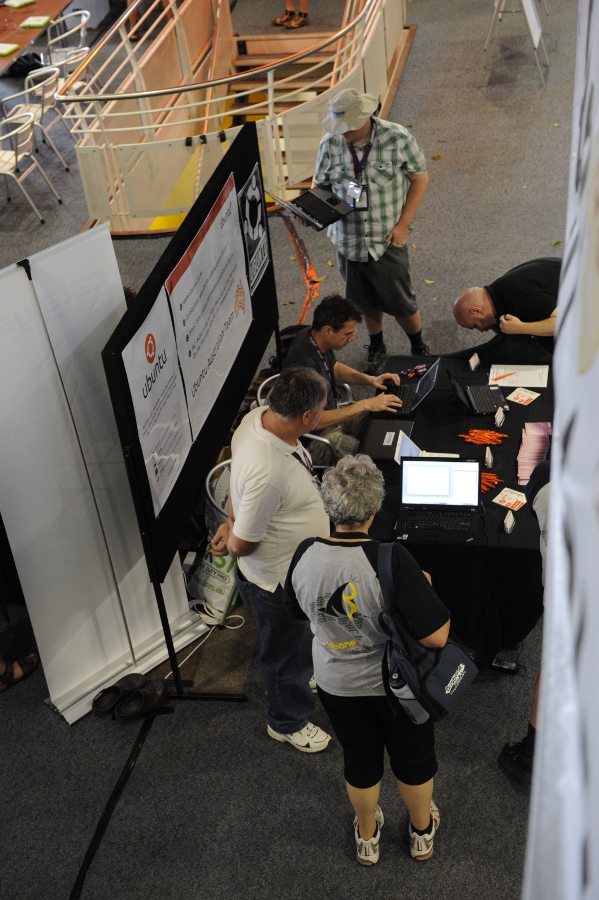 A look out over the stands that were there and an indication of how many people were in attendance. 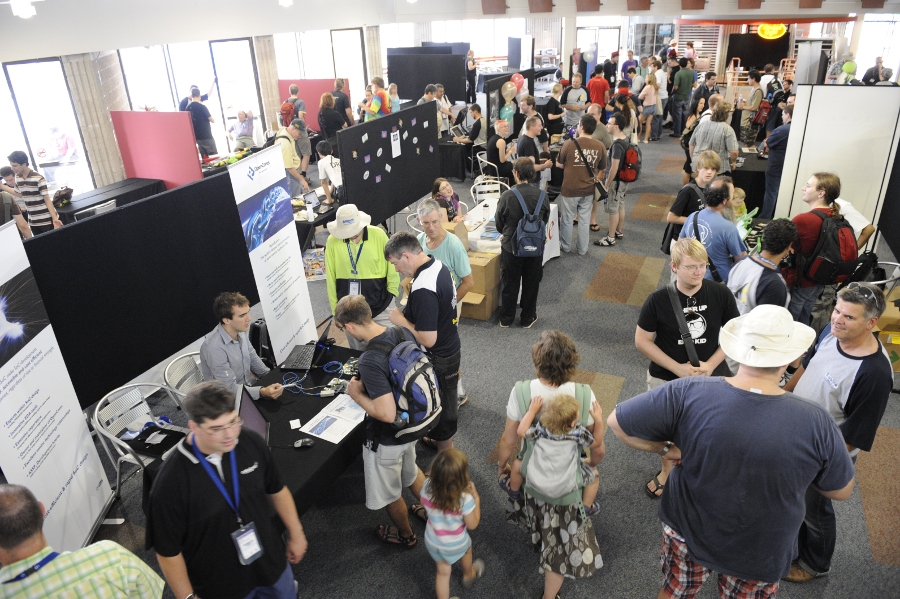 JaredNorris Hugh and AndrewSwinn at the stand. 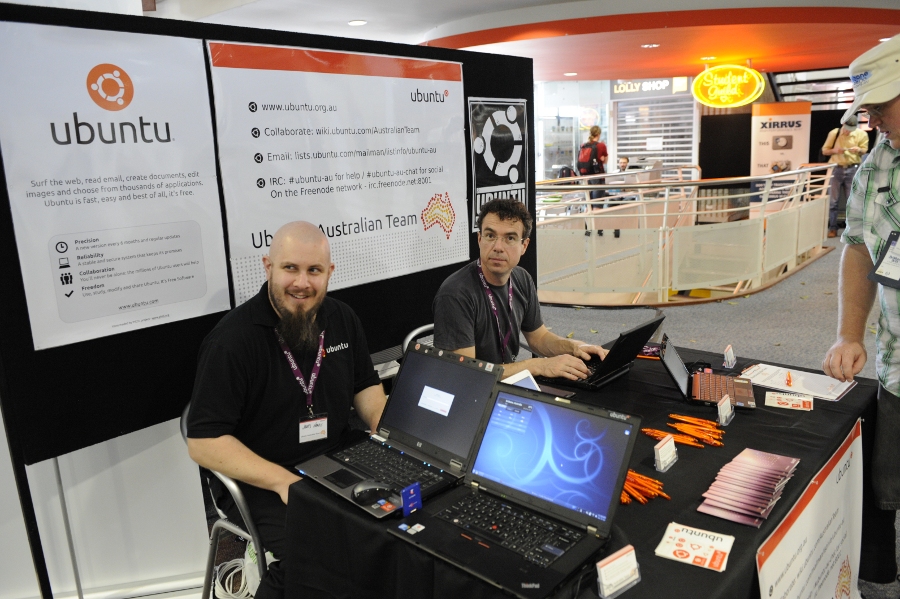 Hugh shows how much he loves being in photos. 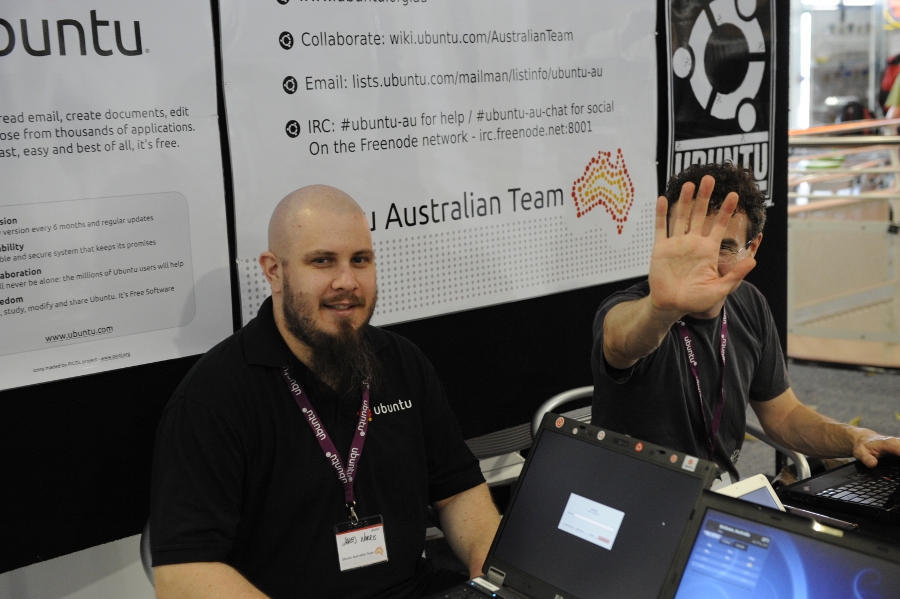 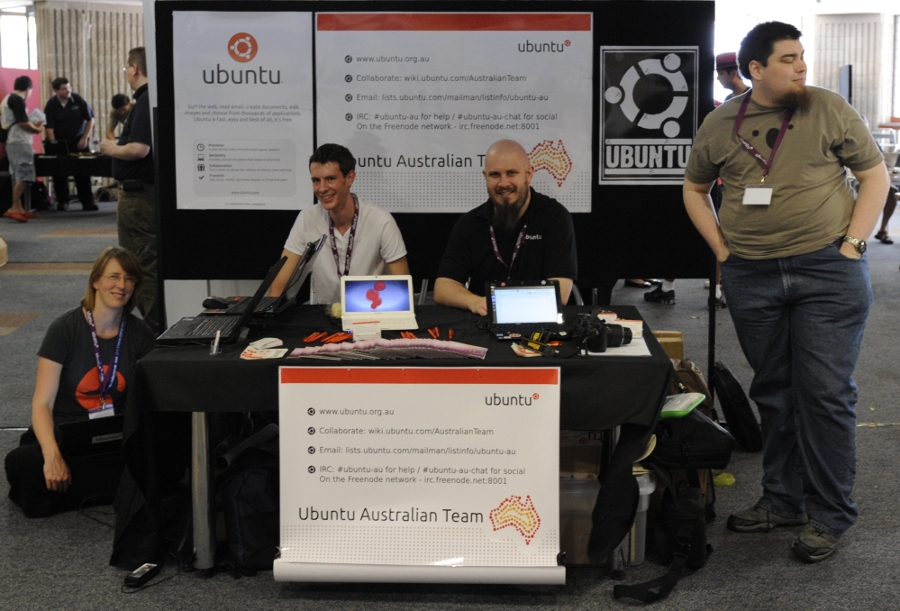 MelissaDraper caught between 3 stands for the day! 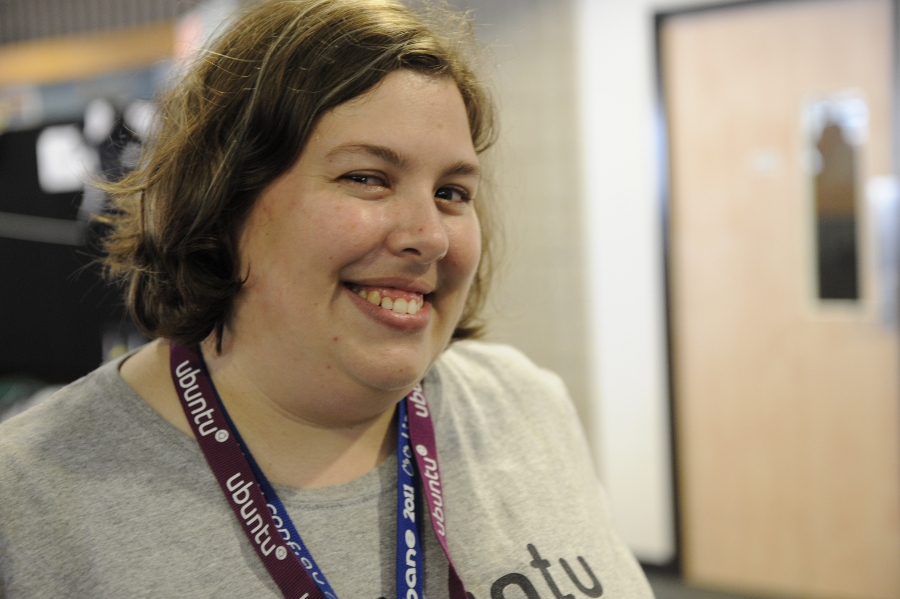 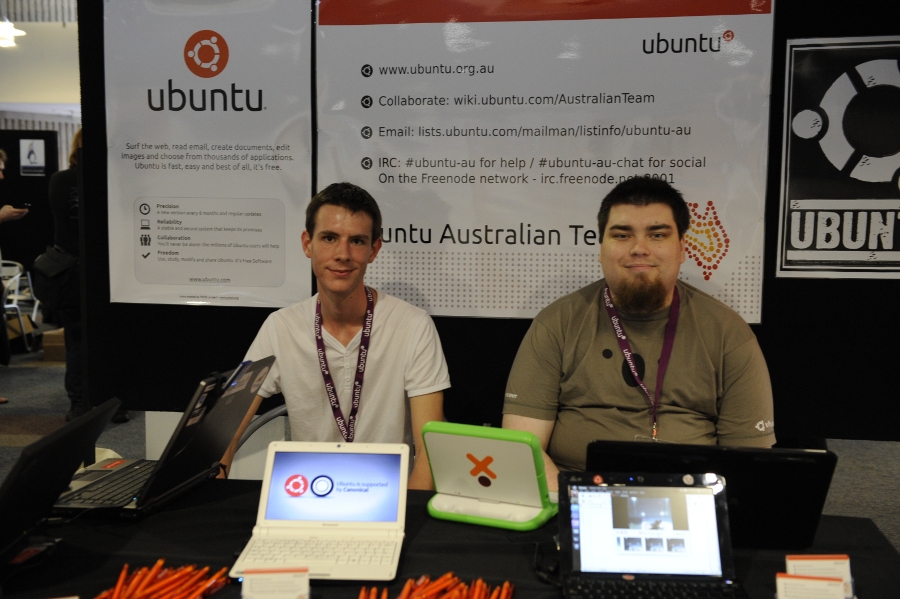 There are also several Flickr sets that people have uploaded that are general photographs from the Open Day that also include photos of the Ubuntu stand. These photos will also give you an idea what sorts of other groups were around on the day

As mentioned earlier Hugh took a lot of photos as well during the day. The photos of the Open Day can all be found on his flickr page here.