I'm one of those run-of-the-mill Geek Dads, with my three little clones, living in Connecticut.

During a pinnacle time of my life, I was sitting in front of a monochrome Vax VT100 terminal when I asked myself "can I do this for the rest of my life?" in 1993. Little did I know how color and computers were going to explode since then! So instead of computers I got into Accounting.

I found, though, that with Accounting I was more interested in the spreadsheets and databases than I was in balancing the books. I took the time to make an Access database that helped me do my (boring) job even easier and that work paid off in spades! When the MIS department was looking for a Data Warehouse manager, I was at the top of their short list! Thus began my still going career into computers.

At home, the family runs Linux, Ubuntu (10.04 LTS) Linux to be specific. It has made my life easier because it just works! It has not given me any hassle and it handles 99% of what everybody want it to do. It also is pretty good performance-wise despite being an older generation, second hand machine. Our server, likewise runs Ubuntu (Server 8.04) but should be getting and upgrade sometime soon.

Having Ubuntu Linux on the family desktop has helped tremendously since I don't have to spend a lot of time maintaining the system and updating anti-virus & anti-spyware, defragmenting the hard disk, etc.

So in my "free" time, when I am not taking the kids to scouts, karate, dance, after-school activities, putting them to bed, washing the dishes or other household cleaning activities, doing yard work or watching the kids while my wife does one of her activities, I have a couple of things I like to do.

I am Board Member of the Danbury Area Computer Society, a non-profit computer club, and former Linux Special Interest Group leader. In addition to attending meetings, either live or via Skype, I also spend some time writing articles for our award-winning newsletter. The most popular articles I have written has so far been reviews of Ubuntu for the past few releases.

My other common activity is playing tabletop Dungeons and Dragons with a group that has played off-and-on for about 15+ years!

While I keep telling myself that I should get into some programming, whether it is in Mono (since I use .NET at work), learn Java (since it's the rage with Android and other smartphones, and still portable), learn Python or build upon my minuscule PHP knowledge, I never seem to get around to it.

While I haven't been for a while, I have done Fencing for a number of years. My preferred weapon is the Epee, but really I'd use just about any weapon I can get my hands on and a willing opponent!

I started sometime around 2003, and if my memory serves me:

Since then I've upgraded to RedHat 9.0 before changing gears completely and going with Gentoo. Eventually I got my hands on a second machine and started hunting around for a distribution to put on that did not require constant download (over dial-up) and compiling. That lead me to Ubuntu, in part because they sent me a free CD at a time when I lost my access to any more broadband.

Since that time, I have fooled around with a number of distributions, including CentOS, Fedora, openSUSE,Kubuntu, Edubuntu and others as my fancy was struck (and it gets sturck fairly often).

It has been a challenge but I have narrowed my repertoire to the "big 3";

Thankfully I have a laptop where the hard drives sit in a caddy that slides into the machine and I have extra caddies and hard drives so each hard drive has its own Linux distro to fool around with. Ubuntu has the largest hard disk, but it also has to share it with the only Windows XP installation in the house.

I found I do the same actions over-and-over again whenever I install any Linux distribution and so I started a page to consolidate into a script the code to perform these actions with minimal to no interaction steps necessary. 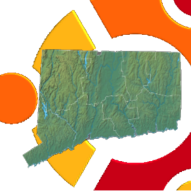 I started up the now-defunct Connecticut Local Team for Ubuntu. I had to abandon it due to time availability and nobody stepped forward to take the LoCo team over. If interested, please feel free to contact me. Perhaps some time in the future I will be able to revisit the LoCo and try re-igniting it!

So far we have: