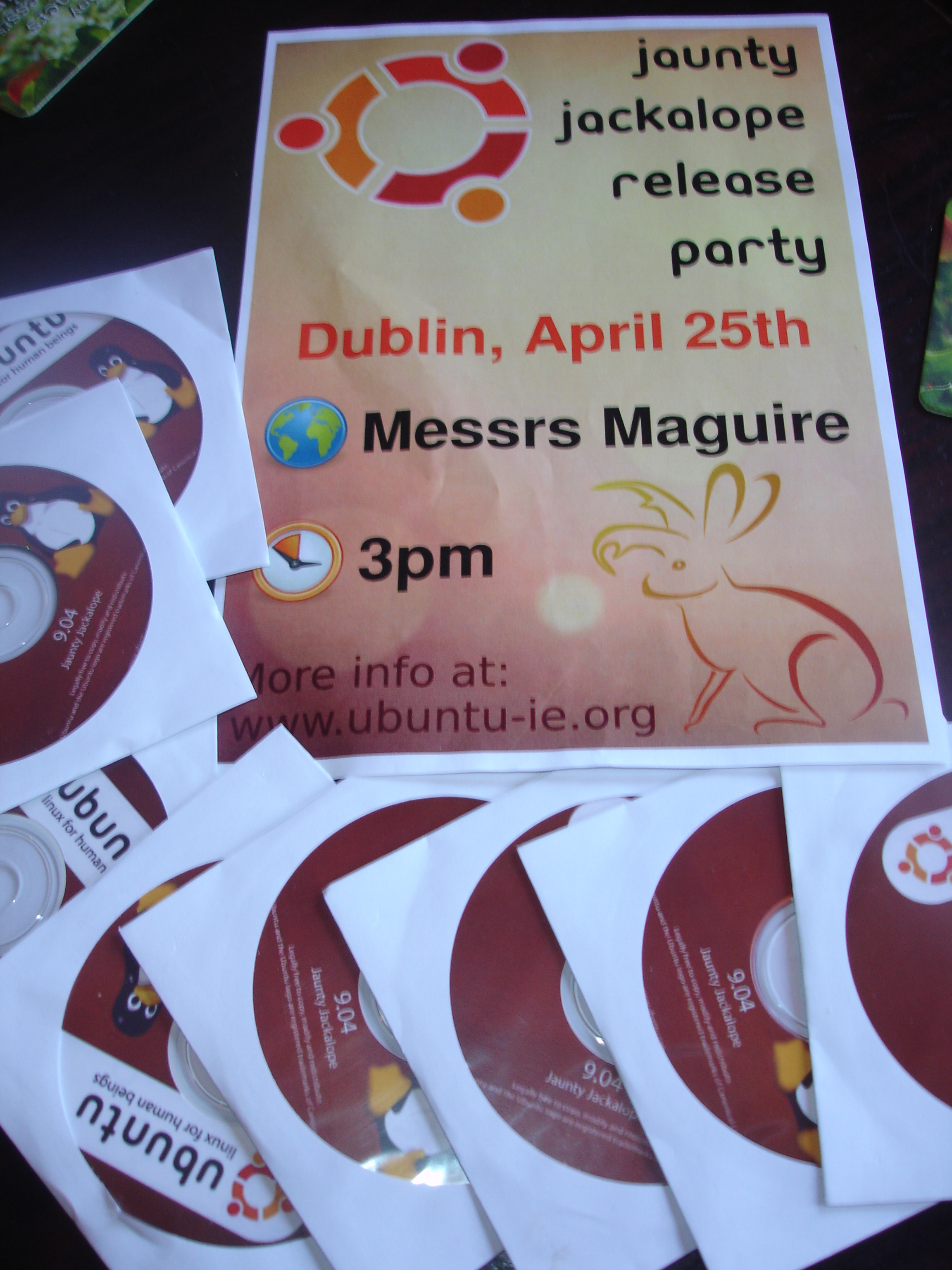 Wow, we even out did our previous release party! Thanks to all those who came along! For those would missed out, we went to Jimmy Chung's a Chinese Buffet Restaurant in Dublin along the Quays. I arrived early (it's a pattern that is emerging), we had no idea how many were coming but I figured we'd get at least 8 rang Maciej and he said at least 3 from TOG were coming along, so the nice water guy added 2 more chairs. More and more arrived and it was great to see loads of new faces, some who didn't know any of us and yes, the usual regulars popped in.

In the end, we were 13 very stuffed and happy ubunteros and we had planned to to go to Messrrs for afternoon drinks. What started at 13 soon became 18 and that became over 20+ more and more kept dropping in. Folks turned up and started to burn CD's of differnt flavours of Ubuntu. Others got out their laptops and showed off what theirs could do. Was great to see such interaction between the new folks who arrived and had heard about our meet ups.

Later on (we were there a while) we had a pub quiz, I'll post the questions & answers here really got folks thinking, a great idea by Maciej who then gave some t-shirts he got as prizes! It was a great day and loads of interaction and so many people now looking forward to our next meet up and event. So we shall have to do something else before Karmic

Thanks to all those who came along, and brought CD's and signed up to the news letter, don't forget you can always find us on ubuntu-ie on irc.freenode.net or drop us a line on the mailing list.

And a few more pics here

We need JauntyJackalope CDs to give out to people on the release party.

Please add yourself here if you can burn CDs! If we get enough people, then everyone would only need to burn a few CDs.