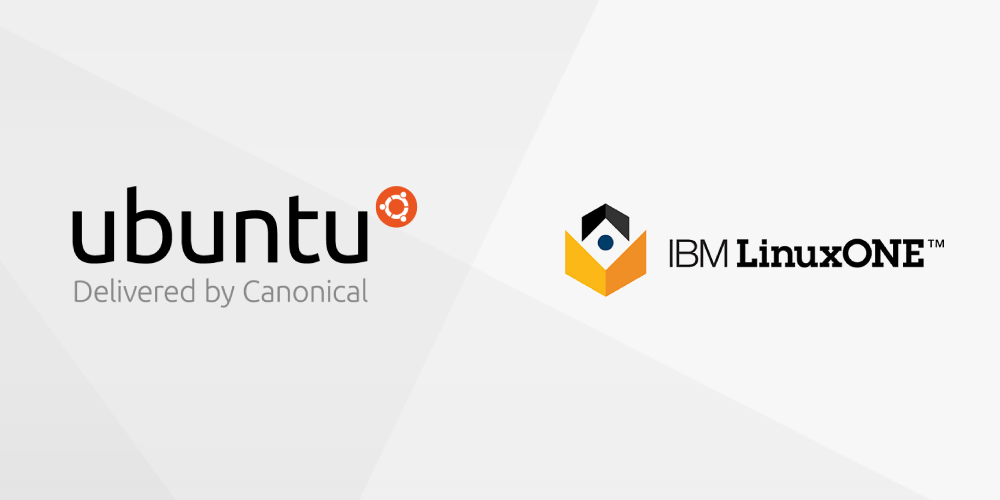 In addition to the ISO images, pre-installed Cloud images are available:

These are intended for direct use in KVM or OpenStack environments.

Finally there are also a lot of container images (not only for Ubuntu releases) available for direct use in container infrastructures, like lxc and LXD.

The Linux container - image server provides a full list. There are of course also ways for Creating custom LXD images

In some rare cases it might be required to use or test an updated installer. Since the installer is usually only shipped as part of an installation (ISO) image (incl. the 'point' releases), the time until the next installer becomes available needs to be bridged. An updated installer can be taken from here:

With 20.04 subiquity became the new server (live) installer for s390x.

Note: If one of the above links is not available (like shortly after a new Ubuntu release), then there is simply no updated installer, yet. Make sure the 'updated' installer is really taken from xenial-updates (respectively bionic-updates), rather than from xenial (bionic) (without -updates), since the URL without '-updates' simply points to the initial installer used by the GA ISO image.

Now tell the installer to fetch its own components from -proposed as well, by adding the boot parameter: apt-setup/proposed=true

Stop by at the Ubuntu on Big Iron blog for further (hopefully) useful information.

Q: How can one use and take over the defaults values that are provided on most d-i screens in the status line on the bottom?

A: Sometimes it needs to be distinguished between a generally empty value and a potential default value that is given. Hence just using Enter does not take the default. For taking over a given default value one needs to type a single dot "." and press Enter afterwards. (1667296)

Q: What Virtualization Modes are Supported?

A: Ubuntu is supported as:

Q: Is there an emulator I can use to run Ubuntu s390x on non-mainframe hardware?

A: In between the IBM zPDT tool got updated with the support for the EC12 hardware level, hence Ubuntu Server (for amd64) can now be used as base operating system (to install the zPDT software) and Ubuntu Server (for s390x) can run again on top.

There is also an open-source and freely available emulator called Hercules. Hercules v4.2 has been confirmed to run Ubuntu without issues.

Q: How to tweak boot arguments?

A: Simply edit /etc/zipl.conf and run sudo zipl to update the configuration.

Q: How to bump crashkernel limits?

A: Depending on the number of available devices crashdump setting in /etc/zipl.conf may not be appropriate. One can either increase it further, or limit the amount of devices visible to the kernel, and thus lower the requirements for the crashdump setting.

To ignore devices you can run cio_ignore tool to generate appropriate stanza to ignore all devices, but the currently active/in-use. Simply add the generated stanza to the boot parameters in /etc/zipl.conf:

Q: What is the recommended way for installations with many package groups selected?

A: Appropriately sized machines need to be used for the installation target. If one tries to install all available packages, all translations, all debug symbols, and all development packages - an appropriate amount of disk space and installation memory required - otherwise it can be possible that the system runs out of disk space and/or out of memory. In the latter case the oom-killer may kill random processes, incl. the installer itself.

A good common sense is to just select in d-i the minimal required components and packages for an initial setup and to install anything else after the initial setup is completed on top of that. This also provides a better user experience due to the more convenient package management tools available on an installed system. It is not really possible to estimate the required RAM if installing all of the archive options, because the services are started upon installation. And they may even have different requirements that change from version to version. The disk space estimation can also be done quite roughly and is based on the package unpacked size. But keep in mind that postinst package scripts may create more files that, again consume even more disk space. For example postgresql create and starting new clusters, or backups and snapshots are taken which at the end can eat a lot of space in /var.

Q: How reasonably small can an Ubuntu system be?

A: As usual it depends on what the system is used for and which packages are needed. For a small base installations 2GB of RAM is sufficient - even 1GB systems are possible, but I see them mainly as z/VM guests and KVM virtual machines, rather than LPARs of that size. For testing and for just trying out certain aspects and functions such small with RAM down to 1GB systems are possible. But limit the installed components and packages in such an edge case to the bare minimum to not reach the system limits right away.

Q: How can LPAR installation be done in VLAN environments?

A: There are two way of installing Ubuntu on z Systems or LinuxONE on LPAR in a VLAN (IEEE 802.10) network environment: - automated d-i installation using preseed - interactive d-i installation with d-i priority Medium More details can be found here: https://ubuntu-on-big-iron.blogspot.de/2017/01/lpar-install-ubuntu-on-z-with-vlan.html

A: Partitioning step allows to configure LVM across multiple devices without requiring to setup a separate /boot partition. This may lead to failure to install the bootloader at the end of the installation, and failures to boot the resultant installations. (1680101) - This is fixed with 18.04.

Q: LVM configuration cannot be removed when volume groups with the same name are found during installation

A: Partitioner does not support installation when multiple conflicting/identical volume groups have been detected. For example reinstalling Ubuntu with LVM across multiple disk drives that had individual LVM installations of Ubuntu. As a workaround, please format disk drives prior to installation, or from the built in shell provided in the installer. (1679184)

Q: System cannot boot when root filesystem is on an LVM on two disks

A: A System cannot be booted up when it's root filesystem is on an LVM on two disks (either ECKD or FCP). After all needed disk devices are enabled by 'chzdev -e', one must run 'update-initramfs -u' so that the udev rules generated by chzdev are copied into the initramfs and become available at boot time. . (1641078)