Welcome to the Ubuntu Weekly Newsletter, Issue #51 for the week July 29th - August 4th, 2007. In this issue we cover job opportunities at Canonical, potential system issues caused by Automatix, the upcoming fourth alpha release of Gutsy Gibbon, coverage of the US LoCo Teams Project and meetup, and much much more.

Looking for good people. Apply within! - Jono Bacon is looking to expand his growing Canonical Community Team by filling the position of External Project Developer Relations. You must be smart, enthusiastic, and a committed lover of Ubuntu and free software. The right individual will get to work with upstream and downstream projects to improve how they work with Ubuntu and vice-versa. For a full job description, and instructions on submitting your resume, visit the link. http://www.jonobacon.org/?p=1008

Automatix is a configuration/package installation tool which has made it easier for users to install graphics drivers, media codecs and software not part of the Ubuntu Distribution. This review of the package shows that Automatix has some serious problems, and in its current state is dangerous to your system. Potential problems run the range from damage to small items of your configuration, up to and including the potential to leave your system in an unbootable state. Read the point by point analysis by following the link to the review. http://mjg59.livejournal.com/77440.html

The next alpha release of Ubuntu's Gutsy Gibbon is due on Thursday, Aug. 9, 2007. New features will include Gnome 2.19.6, Console Kit and fast-user-switch applet, tracker by default, KDE 4 beta 1 and more. The freeze to main will be on Tuesday, August 7, 2007, so if you have changes to this milestone, you need to get in touch with a member of the release team. https://lists.ubuntu.com/archives/ubuntu-devel-announce/2007-August/000321.html (tribe 4 to be released)

USA-wide Approved LoCo’s by the end of the year. Let's do it!

US LoCo Teams Project Featured on Digg (Response is Tremendous!)

The US Loco Teams project received some needed help when an article written by Christer Edward's, aka Zelut, was featured on Digg. Digg picked up the article from a posting to the fridge and it created mass excitement in the US Loco Teams Project. Within a two day period, some nine new US State Teams were set up. Established teams were also reporting anywhere from 4 to 15 new members signing up with their Loco. Needless to say, it was a busy couple of days for this project. Setting up all the needed resources for these new teams, which included: IRC Channels, mail lists, Launchpad and wiki pages, is no easy task. But many of the established US Loco teams stepped up to help out. Their team members jumped right in and assisted in anyway they could to help get things set up and questions answered. It was a thing of beauty to watch! Not only the establishment of so many new teams, but also the response of the community to help get it done. Once again, the Ubuntu Community shows why they are the best! http://digg.com/linux_unix/Ubuntu_In_The_United_States

US Loco Teams Meetup (A Night To Remember!)

On Saturday, August 4, 2007, Loco Teams from all over the US came together in what will surely be remembered as one of the best nights in US Loco Teams Project history. Following the successful Digg article, US teams met in the US channel to introduce themselves, learn and share ideas, and to celebrate their recent success. During the minutes leading up to the start, team spirit was very high with members announcing their respective states in a show of team unity. The meeting kicked off with the introduction of the US Team Mentors, and then the channel was turned over to those in attendance. 103 members was the official count in channel. A couple of participants introduced their wives (who were visiting). A great time was had by all, and this is just another example of the spirit that lives within the Ubuntu Community, and the US Teams Project.

Ritech is Indonesia's annual technology expo, and this year is special because it emphasizes open source. Mega Glodok Kemayoran, Jakarta is the place, and the dates are August 8-12, 2007. At first, the Indonesian Ubuntu Community was to share space with another open source institution. But when the Ministry found out about the presence of Edubuntu, and the ability to host their own booth, the team was given it's own space. More details of this exciting expo are available via the link. http://wiki.ubuntu-id.org/Ritech2007

The Ubuntu Chicago LoCo is having their next meeting in the middle of downtown Chicago for everyone to enjoy. There will be a few short talks about various topics and as always, the meetings are open to the public. As a side note, the Chicago LoCo will be meeting before the Chicago Gnu/Linux Users Group meeting so members are encouraged to attend the Chi-GLUG meeting as well. Much more details are included on the LoCo's webpage. https://wiki.ubuntu.com/ChicagoTeam/Meetings

New US Loco Team Off to a Flying Start

The Minnesota Loco Team got off to a flying start that can be attributed to the recent Digg article, great support, and enthusiastic team members. After getting its start just a week ago, this team already reports having registered 13 members in Launchpad, and participating in their IRC channel. They also have their wiki page up and running, a team forum page, and have put in their request for a mailing list. They also have plans to work with the LUGs in their state to further advocate Ubuntu and Open Source. Nice job team Minnesota, keep up what is considered by all to be a great start for your team.

As always, the Bug Squad needs more help. If you want to get started, please see https://wiki.ubuntu.com/BugSquad

New to UWN is Whatisit. Each week we will be including a close up photograph, and the full photograph of the previous week's item. You will have until the next UWN release to guess what the item is on the Ubuntu Forums: http://ubuntuforums.org/forumdisplay.php?f=243 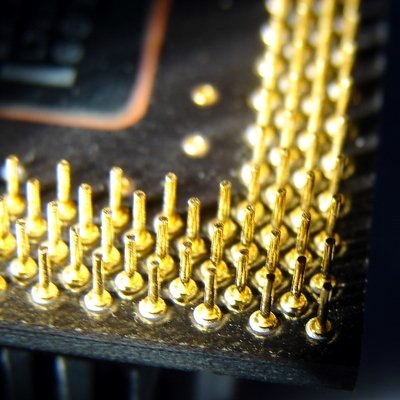 Thank you for reading the Ubuntu Weekly Newsletter.

See you next week!

You can subscribe to the UWN feed at: http://fridge.ubuntu.com/uwn/feed

If you would like to submit an idea or story you think is worth appearing on the UWN, please send them to ubuntu-marketing-submissions@lists.ubuntu.com. This document is maintained by the Ubuntu Marketing Team. Please feel free to contact us regarding any concerns or suggestions by either sending an email to ubuntu-marketing@lists.ubuntu.com or by using any of the other methods on the Ubuntu Marketing Team Contact Information Page (https://wiki.ubuntu.com/MarketingTeam). If you'd like to contribute to a future issue of the Ubuntu Weekly Newsletter, please feel free to edit the appropriate wiki page. If you have any technical support questions, please send then ubuntu-users@lists.ubuntu.com.