Using Linux since 1995 (Slackware 3.0), I liked the idea of extending Linux to everyone and started working with Ubuntu in 2006 and started contributing in 2007.

I develop software as a hobby than anything else but am comfortable with Python and Java, although I actually learned to code COBOL and C++ when I was at university, so naturally fall back to C++ for a lot of work.

I enjoy web development too - maintaining a blog, a wiki and a number of other projects. I’m comfortable with HTML and CSS, as well as JavaScript and can hack my way around PHP although I must admit that I’ve never taken the time to learn it comprehensively.

I was approved for Ubuntu Membership on March 5th 2009, which is a nice recognition for the documentation and training work I've helped with.

I’m a member of the Ubuntu Documentation Team and have been a committing core member since last year. I specialise in Internet and Networks (Desktop, not Server Guide) and the Switching from Windows guide as well as general bugs and requests.

I rearranged and rewrote swathes of this section of the system help prior to Feisty Fawn's release including the introduction of a wireless networking trouble-shooting section. This section was updated and revamped again prior to Hardy Heron and has seen a large number of improvements for Intrepid Ibex.

This is a fairly fluid section of documentation and requires a large number of patches between releases to keep up to date with advances and changes.

For Jaunty Jackalope, the use of NetworkManager has meant another complete re-write. This included incorporating feedback I actively sought from the Ubuntu community forums.

This guide, available on the Live CD, I revised and rewrote for Feisty Fawn.

I made significant changes to the Java section prior to Intrepid Ibex, consisting of:

Should this receive a positive reception I intend to migrate the entire current topic to the same format and increase the range of languages, initially focussing on Java, Python and C.

Led sessions for Intrepid and took the "Introducing the Documentation Team" session for Jaunty.

I have completed team logos but am particularly proud of the Documentation Team Logo - which I think encapsulates what we do, simply and cleanly: 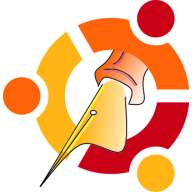 During the first run of this project (prior to Hardy Heron) I assisted with XSLT. Utilising my experience in the Documentation team to provide transformations and style sheets to create Student and Lecturer PDF books as well as specifying a dblatex option sheet for the Makefile.

After release, I also met a requirement for those on limited speed connections by introducing transforms and Imagemagick options to significantly reduce the file size of the finished PDF.

This time around, under a new project manager, I am involved myself more actively taking on a section to update and taking an on-line lesson.

I am a member of the Unanswered Posts Team and spend time each day answering those posts which, what ever reason, have not been answered.

I have started a Launchpad team and am awaiting the Open University's approval to migrate their Windows supplied course software to Ubuntu packages.

In the short term, I intend to develop and expand the "Programming" section of the system documentation to include examples, installation instructions and hopefully provide a starting place for the coders of tomorrow.

In the medium to long term, as I have more time available, I would like to take more active involvement in development work. I'd like to integrate my interest and studies in Human Computer Interaction with a project based on Ubuntu aimed at new users.

As a student of the Open University, I intend to promote the Launchpad team and to develop a team package archive to assist new students in installing course software under Ubuntu and to support them through out (Linux is currently unsupported by the university). To this end, I hope to start a LoCo team for the university - due to its size, distributed nature and common interest many users feel themselves separate to other groups.

Thanks to everyone who supported my application, it was approved! I probably don't need these here any more but the kind of make me happy.

Dougie is a long-term contributor to the Ubuntu documentation project and (as is apparent from the description above) is one of the most active contributors both of documentation and discussion on the mailing list. He is well worthy of Ubuntu membership -- -- mdke 2009-02-23 08:09:22

TorstenSpindler : Dougie helped with Ubuntu Desktop Training course and especially took care of the infrastructure for creating the PDFs.

BelindaLopez: Dougie's been a great help and asset the Ubuntu Training Team. Dougie even took a turn at mentoring others and does a great job of helping to the keep the Documentation up to date. Thanks for all your hard work Dougie - Great contributor and great asset to the Ubuntu world! +1

Billy Cina: Always one of the first to volunteer to help and the quality is top notch. Very dependable member of the team. We need more Dougies, can somebody pursue cloning on behalf of Ubuntu Training!!

PhilBull: Dougie is a long-term contributor to the Documentation Team and has performed a great deal of valuable work on a range of projects, including our mentoring programme and the difficult Internet docs. He is a great asset to the whole Ubuntu documentation effort.

ajmorris: I have worked with Dougie many times on the UbuntuForums, in the Unanswered Posts Team. He is a committed and dedicated member of the team - and the UbuntuForums - and approaches all problems with an open mind, and an amazing willingness to help. I whole heartedly support his application for membership.