packageselection-foundations-n-finish-upstart
Last UDS (recap): Stable version of Upstart in Ubuntu now for a few releases, working out reasonably well, but there are a number of things we need to fix (the fact that mountall is needed, user services, etc.). Used last UDS to get a sense of what complaints were from various people and groups, and made sure that appropriate bugs were filed.

Upstart's design is too simple. The goal of the next version is to fix problems based on deployment experience while retaining the "Upstartishness", and reach an elegant, simple design that we don't need to change again: i.e. 1.0.

Need to get buy in for these features

GNOME plans for the natty cycle

Server (and specifically Java) applications present a challenge in terms of packaging for Ubuntu. Alternative packaging and distribution methods should be considered to ensure that Ubuntu can support server application requirements whilst minimising overheads.

* Spawned two other sessions * Two problems need to be solved: Freshness of fast moving upstreams, and packaging of upstream applications that don't fit into the archive. * Freshness will be pushed to the discussion about making it easier to create source packages and upload them "Somewhere". * Unsuitable packages will be addressed by making it easier to discover alternative archives. packageselection-server-n-discoverability

Photo printing is not user-friendly and often broken

SebastienBacher: check with GNOME guys why paper size widget is disabled by default TillKamppeter: report bug upstream, if ^ turns out to be intended

defining the requirements to give the best network experience to users in natty.

Use GRUB2 and a boot framebuffer for a smoother boot splash

This issue was first addressed during Maverick UDS, then result was that many machines no longer booted as the graphics drivers were not able to program the card correctly from anything other than VGA modes

We could at least whitelist known working machines. Not ideal but workable. This may have to be done at GRUB loader time, because if we do it in grub-mkconfig then swapping graphics cards may result in inability to boot. We will have to fix PCI probing in GRUB (see LP 641259).

Ubuntu currently packages Ant and Maven 2; a number of other development/build tool-sets including Gradle, Spring Roo and Grails are gaining popularity in the Java development community and we should consider packaging for Ubuntu.

Thunderbird in the messaging indicator

For years now, the Ubuntu Server has tried to perform a balancing act, aiming to provide a feature-ful, useful server while being as trim as possible. In doing so, we're failing to meet the needs of both camps, landing somewhere in the middle ground where few people are happy with the default package set.
Server installer currently provides options for:

To solve the above problem, I suggest that we expose two different installer options right on the boot menu.

Ubuntu Server Deluxe would be a bit like the current default Ubuntu server install, but just slightly richer. This method installs a rich set of defaults useful to a large cross-section of Server users, including SSH-enabled-and-running by default, Byobu-launched-by-default, perhaps etckeeper enabled-by-default. We're open to other suggestions. The Ubuntu Server Deluxe install is intended for new server users.

Ubuntu Server Minimal is similar to JeOS, but actually even smaller. Here, we do not install recommended packages, language packages, perhaps purge documentation (leaving pointers to web accessible docs), prune unneeded kernel modules, etc. We can get this footprint down under 100MB. This installation is intended for power Server users, who want to completely customize their system after a minimal installation.

OpenSSH by default was also discussed, but attendees agreed to discuss this issue separately.

Harmonize the behavior between apps and SoundMenu/MessagingMenu indicators

In lucid, rhythmbox has a smart "close" feature:

This session discussed how we can get the same behavior in the messaging menu applications.

Transition to Firefox 4.0 in Natty

Ratings and reviews in software-center

Making Unity accessible, what does it mean?

Defining the baseline, ie what does the class Gnome Desktop provide, in particular keyboard shortcuts that help in a lot of cases for making an interface accessible?

Apart from keyb nav. are there other aspects of the design to adjust?

Will use libatk. It will isolate us from the at-spi / dbus migration.

Maverick includes gcc-4.4 and gcc-4.5 packages based on the Linaro GCC branches. Natty will open with gcc-4.5 as default, and may include gcc-4.6.
Will this 4.6 package need to be built from Linaro GCC for compatibility? Do we want to use Linaro GCC for 4.6 even if not required? What is the timeline for delivering a Linaro GCC 4.6 release for inclusion in Natty?

Follow-on to <https://blueprints.launchpad.net/ubuntu/+spec/arm-m-tool-chain-selection>. Maverick includes gcc-4.4 and gcc-4.5 packages based on the Linaro GCC branches. Natty will open with gcc-4.5 as default, and may include gcc-4.6. Will this 4.6 package need to be built from Linaro GCC for compatibility? Do we want to use Linaro GCC for 4.6 even if not required? What is the timeline for delivering a Linaro GCC 4.6 release for inclusion in Natty?

Ensure integration with drizzle for Ubuntu

Things to look at

1. As per discussed with Dustin, a method to execute various actions to bring servers to the lowest power states without having to suspend/hibernate/power off is required. This involves using various hacks and tricks to fulfill the objectives. Examples of these hacks and tricks are: - Turn off (N-1) out of N cores. - Spin down hard drives. - Turn off hardware that's not required to be running (sound, bluetooth). - Reduce CPU frequency to the lowest possible. - etc

2. Also, as per discussed with Dustin, instead of monitoring the process table, it might also be a good idea to monitor various services, such as load in webserver, connections in databases, etc, and according to that, bring the server to the lowest power state possible.

3. Provide any other waking up methods for PowerWake, such as IPMI.

4. Given that PowerNAP is integrated in the cloud, it would be nice to improve PowerNAP in such a way that will also be used in other kind of clustered environments, or in a set of servers were traffic is monitored. For example, in a loadbalanced webserver cluster, sometimes there;s not enough traffic that will involve all the webservers to be up. PowerNAP can be extended in such a way that it will do the same that is done with UEC when servers are idled, or when the load is not too much that will involve having lots of servers running.

5. Obtain feedback from community is also desired to be able to extend PowerNAP uses.

Use cases in Ubuntu

How To Spy on Your Users

packageselection-desktop-n-instrumentation ==== Context ==== MIT has about 350 public Ubuntu-based workstations, and the group that maintains them was being asked how they were getting used. Machines are owned by MIT, which we felt changed the "what is acceptable spying" situation some, so grain of salt and all that.

Configuring a valid system hostname during install and boot

Window borders were made very narrow. This was a design choice. Unfortunately, it has had negative repurcussions for interaction.

Gateways that work with Exchange

Talked a bit about Raindrop. Find out more about Raindrop here http://mozillalabs.com/raindrop/2010/01/19/raindrop-looking-at-2010/

There is the feeling that maintaining a UNE and a Desktop image is a lot of duplicated efforts (ISO testing, seeds maintenance) without a lot of gain. Indeed, the set of differences are really small and both are installable in parrallel. The user can choose the session on login which switch to a mode or another. In addition to that, we should note that the Desktop and UNE image are really close package-wise (just some settings and some application selection differs).

This situation even brings some drawbacks like people not really making the difference and don't know if they should install ubuntu netbook or ubuntu desktop on their computer.

This discussion aims at seeing what we can imagine to file this gap.

We can even, detecting automatically what we should launch (based on screen size?), still enabling the user to override that decision. Also, this infers that we should get the same application set, like banshee on both or stick with rhythmbox because of CD space.

squashfs-lzma tried a couple of release sprints ago, and completely killed rsyncability - this is a blocker for switching Ubuntu to it cjwatson has synced squashfs-tools 1:4.1-1 from Debian experimental, which enables userspace mksquashfs xz (much like lzma) and lzo support apw thinks that the current kernel doesn't support lzma in squashfs (despite having the algorithm elsewhere)

Much discussion on whether we could make USB images, and to do that we would need more space in cdimage mirror. Moving the source packages to non-mirrored spot might allow that (sources.ubuntu.com). (Also, isohybrid, currently blocked on making this play well with jigdo, but this will probably unblock in the not so distant future.)

Could we drop the alternate cds. Those are required where we want any form of package selection, this includes the kernel. Its possible we could put d-i onto the desktop live CD, to get both forms but there is already much space issues.

It is possible we could put _uncompressed_ debs onto a squashfs containing the files extracted for almost no additional cost. This could make a shared CD. (this may break signatures)

Enhancing indicator-network to support NetworkManager as a backend

Use LightDM for display management

What is a display manager?

Requirements for the display manager

The session was scheduled by a community member, with no prior knowledge of the decision that was announced on Monday in Mark's keynote. The session is transformed into a Q&A session on the plan and changes that are planned to adapt Unity to the desktop form factor

We Menu - Bringing Community to the Desktop

Linaro is planning to create an arm tree for linaro to help pushing the arm related patches upstream. Ubuntu can then generate a package for it, and use it as default.

Ability for an application to display a custom icon on the panel, ie an icon that is not part of the system theme, but installed in an application specific path)?

Geoclue on the desktop

Ensure geoclue is maintainable in the distribution 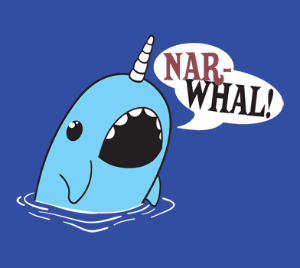